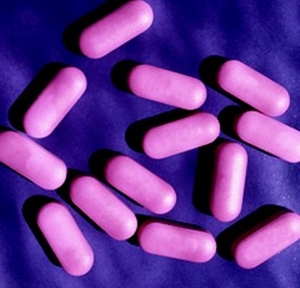 Administering the antibiotic azithromycin alongside the standard recommended antibiotic regimen, cefazolin, reduces infection rates by 50% for women who have a non-elective caesarean delivery, a University of Alabama at Birmingham study has found.

A study shows adding the dose of 500mg of azithromycin during a C-section also significantly decreases the use of health care resources, including readmissions, emergency room visits and clinic visits.

“Infection during pregnancy and during the post-pregnancy period is a major health problem for both mom and baby, and a common underlying cause of death,” said Dr Alan TN Tita, professor in the UAB division of maternal-foetal medicine and the Centre for Women’s Reproductive Health, and principal investigator of the study. “Women who have a C-section are at significantly increased risk for infection compared to those who deliver vaginally. A major national goal is to reduce the risk of infection after surgery, and this finding is the culmination of investigative work over decades.”

Infection is among the top five causes of maternal death in the US, and caesarean delivery is the most common major surgical procedure, with up to five times the risk for infection than a vaginal delivery.

A clinical trial funded by the Eunice Kennedy Shriver National Institute of Child Health and Human Development was conducted across 14 hospitals in the US with 2,013 women who were more than 24 weeks’ gestation and undergoing a C-section during labour or after membrane rupture. A randomised group of patients received either the standard antibiotic regimen to prevent infection or a modified regimen with the additional azithromycin. Pfizer Inc donated the azithromycin and had no other role in the study.

“These results are extremely important, given that the maternal death rate has increased in the US and there is an urgent need for therapies to decrease serious complications that can lead to maternal deaths,” said Dr Uma Reddy, NICHD project officer for the study.

The UAB department of biostatistics analysed data gathered from 14 participating hospitals to reveal that the frequency of endometritis, an infection of the lining of the uterus, and infection of the caesarean wound were decreased by 50% in the women who received the adjunctive azithromycin compared to women who received the standard single antibiotic. The babies who were delivered with the additional azithromycin did not have an increased risk of adverse events.

“Further analyses indicate that the benefits associated with adjunctive azithromycin are consistent across several subgroups of patients,” said Dr Jeff Szychowski, associate professor in the UAB School of Public Health department of biostatistics. “Thanks to the dedication of research staff across the consortium of 14 centres to successfully execute a clinical trial of this magnitude, we are poised to perform multiple follow-up investigations and to understand the ramifications of these results more completely.”

Additionally, hospital readmission rates and unscheduled visits to a clinic or to the emergency room were reduced. “There are significant costs associated with infections,” Tita said. “The reduction in re-admissions, visits, fevers and overall antibiotic use due to the intervention was higher than we expected, and translates to reduced health care costs.”

“This was a significant breakthrough that has identified a simple and inexpensive way to reduce the most common complication associated with caesarean delivery,” said Dr William Andrews, chair of the UAB department of obstetrics and gynaecology and chair of the steering committee for the study.

Abstract
Background: The addition of azithromycin to standard regimens for antibiotic prophylaxis before cesarean delivery may further reduce the rate of postoperative infection. We evaluated the benefits and safety of azithromycin-based extended-spectrum prophylaxis in women undergoing nonelective cesarean section.
Methods: In this trial conducted at 14 centers in the United States, we studied 2013 women who had a singleton pregnancy with a gestation of 24 weeks or more and who were undergoing cesarean delivery during labor or after membrane rupture. We randomly assigned 1019 to receive 500 mg of intravenous azithromycin and 994 to receive placebo. All the women were also scheduled to receive standard antibiotic prophylaxis. The primary outcome was a composite of endometritis, wound infection, or other infection occurring within 6 weeks.
Results: The primary outcome occurred in 62 women (6.1%) who received azithromycin and in 119 (12.0%) who received placebo (relative risk, 0.51; 95% confidence interval [CI], 0.38 to 0.68; P<0.001). There were significant differences between the azithromycin group and the placebo group in rates of endometritis (3.8% vs. 6.1%, P=0.02), wound infection (2.4% vs. 6.6%, P<0.001), and serious maternal adverse events (1.5% vs. 2.9%, P=0.03). There was no significant between-group difference in a secondary neonatal composite outcome that included neonatal death and serious neonatal complications (14.3% vs. 13.6%, P=0.63).
Conclusions: Among women undergoing nonelective cesarean delivery who were all receiving standard antibiotic prophylaxis, extended-spectrum prophylaxis with adjunctive azithromycin was more effective than placebo in reducing the risk of postoperative infection.