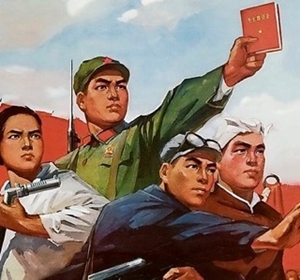 The Chinese medical education system was destroyed in the Cultural Revolution of 1966 to 1976.  Over the past 40 years, the pace of restoration has quickened  to the point where the country has more than 2.1m practising physicians and more than 167 civilian medical schools enrolling about 64,000 students.

For scores of years after the first medical school opened in China in 1886, the country progressed in building a medical education system for its fast-growing population. Then 50 years ago, it not only came to a screeching halt, but to a full reversal with the Cultural Revolution.

“Indeed, throughout the decade in question (1966 to 1976), all extant medical schools were effectively shuttered and their faculty disbanded,” write the authors of a new paper describing the history and current status of China’s medical education system. “It was only in the aftermath of the Cultural Revolution and the passing of Chairman Mao Zedong in 1976 that the medical education enterprise embarked on a slow recovery process during which some of the schools affected were allowed to reopen.”

Since then, the pace has quickened considerably to the point where the country has more than 2.1m practicing physicians and more than 167 civilian medical schools enrolling about 64,000 students. The restoration of a large national system for undergraduate medical education in just 40 years is remarkable, said study corresponding author Dr Eli Adashi, former dean of medicine and biological sciences at Brown University.

“They had to go from 0 to 60 in three seconds,” said Adashi, who has visited China many times since 2008, often to study and to advise colleagues within the system. “They had to cover a lot of ground, and since they are trying to catch up to the rest of the world, they had to go about it fairly quickly. For the hardships and difficulties and hugeness that characterises China, they’ve done pretty well on the medical school part.”

In addition to Adashi, the authors of the paper are Dr Nan Du, a graduate of Brown University’s Alpert Medical School now at Yale, and Dr Huanling Zhang of Fudan University in Shanghai.

Despite China’s overall progress, two overarching peculiarities remain in the system by which China’s Ministry of Education produces its physicians, Adashi said. One is the complex diversity of paths an aspiring doctor can follow to gain medical training and become a practicing doctor. The other, which Adashi said is a more serious concern, is a near-complete lack of standardised residency programmes, or graduate medical education.

Chinese students can follow many paths to becoming a doctor, including curricula lasting three, five, seven or eight years. As in most places around the world (except the US) enrollment in a medical education programme occurs in lieu of obtaining a four-year non-medical undergraduate college education.

Instead, the vast majority of Chinese medical students (about 58,000) attend a five-year programme after high school to earn a bachelor’s degree. Then they serve in a one-year clinical internship before taking the nation’s standardised medical licensure exams, which measure both knowledge and clinical skills. Upon passage, they can register as medical practitioners. Those who pursue the more elite seven- or eight-year curricula gain additional training and research experience and earn more prestigious degrees (master’s or doctorate respectively), before taking the same licensure exams as their bachelor’s degree-earning colleagues.

Though the varied tracks offer differing levels of rigour in the classroom, Adashi said the consistency of the licensing exam requirements ensures a baseline of training and competency across the profession.

“If everybody takes the same licensing examination, I think it really doesn’t matter if you do it in eight years, or seven years or five years,” Adashi said. “If you have an equating national benchmark that allows you to compare students from anywhere in the country then you are in reasonably good shape.”

In addition, China appears to be working toward winnowing the number of different paths into the profession, Adashi said. The seven-year programs have been left out of several recent ministry reports on the future of medical education.

Where China’s medical education system urgently needs more development, Adashi said, is in creating residency programmes like those pioneered in, and required in, the US. Residency, after all, is where newly credentialed doctors grow into truly experienced hospital physicians by way of the structured evaluation and guidance of seasoned supervising doctors.

“It’s essential to the patient to know that the doctors who are training, for instance to do surgical procedures, are carefully supervised, their progression is monitored, they take exams to prove their competence, and they acquire graduated responsibilities as they proceed,” Adashi said.

After many false starts over decades, China’s National Health and Family Planning Commission has recently defined requirements of between one and three years of graduate medical education, depending on undergraduate training and desired specialty.

But the standards of evaluation vary widely by region, Adashi and his co-authors wrote. Adashi said they do not yet amount to a rigorous, nationally reliable standard. “Their residency programme is their challenge,” Adashi said. “It is unstructured and non-uniform. It is everything you don’t want it to be.” China is clearly keen to continue building a robust residency system for its aging population of 1.4 billion, Adashi said. “They understand the importance,” Adashi said, “but they have barely gotten underway.”

Abstract
The Chinese medical education enterprise is facing an incredible challenge of providing high quality healthcare to an increasingly aging urban as well as rural populace approaching the 1.4 billion mark. Meeting these national imperatives head on will require nothing less than a multiplicity of innovative solutions to assure adequate numbers of highly-trained physicians in both the primary care and specialty arenas such as Obstetrics and Gynecology. The objective of this communication is to trace the history of medical education in China, delineate its current circumstance and detail the future aspirations thereof. We conducted a comprehensive literature review resulting
in 794 records identified through Pub Med search of: (“education, medical” [MeSH Terms] OR “medical education” [tiab] OR “medical schools” [tiab] OR “schools, medical” [mesh]) AND (“china” [MeSH Terms] OR “china” [tiab])) OR (“Chinese medical school” OR “Chinese medical schools” OR “Chinese medical education”). We further undertook
an extensive review of multiple relevant health and education surveillance systems, including but not limited to the National Bureau of Statistics of China, National Health and Family Planning Commission, World Health Organisation, and Ministry of Education of the People’s Republic of China. We concluded that the Chinese medical system
has evolved rapidly to keep with extant needs while borrowing and modifying insights of other nations near and far. The pace of change has substantially accelerated in recent years replete with governmental edicts in the arenas of medical school accreditation, physician licensure, and residency training. In the past 100 years, medical education in China has been the subject of multiple changes, many politically motivated. At other times, social necessities
ruled the day. Present day policies stand out as pragmatic and as striving for excellence in both undergraduate and graduate medical education. Overall, the constant state of flux and change has created a befuddling system where many of it’s own physicians are unclear of the requirements, but what is being developed is a Chinese solution to a
unique health care challenge for which no foreign recipe will do. By every account, medical education will remain a prominent national policy topic in China for some time to come.