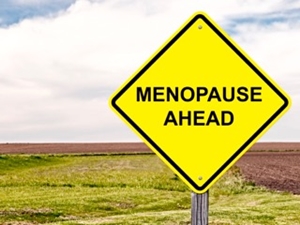 Combined oestrogen-progestogen hormone replacement therapy (HRT) can triple the risk of breast cancer, the biggest ever study has found, following more than a decade of controversy. Findings by the UK Institute of Cancer Research and Breast Cancer Now suggest the original risk had actually been underestimated.

The Daily Telegraph reports that in 2015, the UK’s National Institute of Health and Care Excellence (Nice) changed guidance to encourage more doctors to prescribe HRT claiming too many menopausal women had been left suffering in silence.

Now new findings by the Institute of Cancer Research and Breast Cancer Now suggest the original risk had actually been underestimated. The report says a study of 100,000 women over 40 years found those who took the combined oestrogen and progestogen pill for around five years were 2.7 times more likely to develop cancer compared to women who took nothing, or only the oestrogen pill.

The risk rose to 3.3 times for women who took the drugs for 15 years or more. Around 14 in 1,000 women in their 50s are expected to develop breast cancer, but that rises to 34 in 1000 for women taking the combined pill, the study suggests. “Our research shows that some previous studies are likely to have underestimated the risk of breast cancer with combined oestrogen-progestogen HRT,” said study leader Professor Anthony Swerdlow, of The Institute of Cancer Research. “We found that current use of combined HRT increases the risk of breast cancer by up to threefold, depending on how long HRT has been used.

“Our findings provide further information to allow women to make informed decisions about the potential risks and benefits of HRT use.”

The report says HRT was first developed in the 1940s and was first made available to women in Britain in 1965. However in 2002 the British Millennium Women Study published findings claiming that HRT raised the risk of cancer.

Many doctors immediately withdrew prescriptions while the Medical Healthcare and Regulatory Agency (MHRA) issued new guidance recommending all women be given the "lowest effective dose should be used for the shortest time."

Since then the number of women taking HRT has more than halved with around one in 10 eligible patients now using the drugs, approximately 150,000 women.

The report says more recently a review by Imperial College London and a 10-year study by New York University found no evidence of a link, adding further to the confusion and last year Nice changed its guidance to encourage doctors to offer HRT claiming 1m women were suffering in silence.

At the time Nice said that the cancer risk was 27 in 1,000 so the new research, which followed 100,000 women for 40 years, increases that risk by 54%. The health watchdog said that the new study should not change how doctors prescribed HRT.

“The guideline makes clear that menopausal women should be informed that the impact of HRT on the risk of breast cancer varies with the type of HRT used.

“The message from our guidance to women is clear – talk about the menopause with your clinician if you need advice on your symptoms – it’s very important to discuss the options to find what might help you.”

The report says the new study also found that the risk declined when women stopped taking HRT and there was no danger at all for women only taking oestrogen, which accounts for half of all prescriptions.

Baroness Delyth Morgan, CEO at Breast Cancer Now, said: “Whether to use HRT is an entirely personal choice, which is why it’s so important that women fully understand the risks and benefits and discuss them with their GP. We hope these findings will help anyone considering the treatment to make an even more informed decision.

“On balance, some women will feel HRT to be a necessity. But in order to minimise the risk of breast cancer during treatment, it is recommended that the lowest effective dose is used for the shortest possible time.

“The good news is that the increased risk of breast cancer begins to fall once you stop using HRT.”