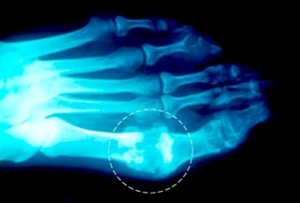 People who ate a diet high in nuts and legumes, low-fat dairy, whole grains, fruits, and vegetables and low in red and processed meat, sugar-sweetened beverages and sodium were at a significantly lower risk of developing chronic kidney disease over the course of more than two decades, new Johns Hopkins Bloomberg School of Public Health research suggests.

The diet, known as DASH for Dietary Approaches to Stop Hypertension, was designed to help reduce blood pressure, but research has shown it to be effective in preventing a series of other chronic illnesses including cardiovascular disease. The findings suggest that kidney disease now can be added to that list.

“In addition to offering other health benefits, consuming a DASH-style diet could help reduce the risk of developing kidney disease,” says study leader Dr Casey M Rebholz, an assistant professor in the department of epidemiology at the Bloomberg School. “The great thing about this finding is that we aren’t talking about a fad diet. This is something that many physicians already recommend to help prevent chronic disease.”

Researchers estimate kidney disease affects 10% of the US population – more than 20m people. Less than one in five who have it are aware that they do, however.

For their study, the researchers examined records from the Atherosclerosis Risk in Communities (ARIC) Study, which in 1987 began following a group of 15,792 middle-aged adults from communities in Maryland, North Carolina, Minnesota and Mississippi for more than 20 years. At two early visits, participants filled out a 66-item food frequency questionnaire, which asked how often, on average, the participants consumed each food item in what portion size over the previous year.

The participants were not instructed what to eat, but rather their adherence to a DASH-style diet was later categorised into a score based on low intake of red and processed meat, sweetened beverages and sodium; and high intake of fruits, vegetables, whole grains, nuts and legumes, and low-fat dairy. The researchers then placed participants into categories based on their consumption of these food items. The DASH diet wasn’t described and studied until the 1990s, while participants were enrolled in the ARIC study in the 1980s.

Meanwhile, over time, researchers determined whether a participant developed kidney disease by determining kidney function via blood tests of glomerular filtration rate, learning about a kidney disease-related hospitalization or death, or finding out about end-stage kidney disease resulting in dialysis or transplant.

The researchers found that participants with the lowest DASH diet scores (those who ate few foods such as fruits, vegetables and nuts, and consumed more red meat and sodium) were 16% more likely to develop kidney disease than those with the highest DASH scores (those who ate more of the healthier foods and less of the unhealthy items).

Rebholz says the reason that DASH-style diets appear to stave off kidney disease may be that it is known to reduce blood pressure; hypertension has been linked to kidney disease. She says that another possibility could be related to the “dietary acid load” in the foods people eat, or the overall acidity of the foods in a diet. High acid foods include meats and cheeses; low acid foods include fruits and vegetables. Several independent researchers have shown that high dietary acid may be linked to kidney disease.

The researchers also found that normal weight participants who followed a DASH diet were less likely to develop kidney disease than overweight or obese participants. “What this tells us is that we need to pay attention to diet before diseases develop. That is the right time to intervene,” Rebholz says. “After disease develops, we may not be able to prevent the development of other chronic diseases. It may be too late.”

The DASH diet also appears to significantly lower uric acid, the causative agent of gout. Further, the effect was so strong in some participants that it was nearly comparable to that achieved with drugs specifically prescribed to treat gout, a new study led by Johns Hopkins researchers shows.

The findings – derived from a randomised clinical trial – could offer an effective, safe and sustainable dietary approach to lower uric acid and possibly prevent gout flare-ups in those with mild to moderate disease and who can’t or don’t want to take gout drugs.

Dietary excesses, such as consuming a lot of red meat and alcohol, have long been associated with gout, a disease marked by high levels of uric acid in the blood and whose causes remain somewhat of an enigma despite centuries of investigation. The Hopkins researchers noted that while symptoms of gout outbreaks – severe inflammation and sharp pain in the joints, particularly the base of the big toe – have been linked to elevated uric acid, it’s been unclear exactly what type of diet might lower uric acid and decrease the risk of flare-ups.

In an effort to find out, Dr Stephen P Juraschek, research and clinical fellow in general internal medicine at the Johns Hopkins University School of Medicine, and his colleagues used data from the DASH (Dietary Approaches to Stop Hypertension) clinical trial, a widely popular and often-cited study whose results were first published in 1997. These results showed that the DASH diet – which emphasises reduced salt, whole grains, fruits, vegetables, low-fat dairy products and reduced intake of red meats, sweets and saturated fats – had a marked positive improvement on blood pressure and cholesterol.

At baseline and at the end of each sodium intake period, the researchers conducting the original study also took blood samples, which were analysed for a variety of blood markers, including uric acid.

In the context of what is known about levels of uric acid linked to gout flare-up risk, “That’s a large reduction in uric acid,” explains Juraschek. Gout-treating medications, such as allopurinol, often reduce patients’ blood uric acid concentrations about 2 milligrams per decilitre. “When you get as high as the reduction we believe occurred with the original DASH diet in this study, the effect starts being comparable with gout medications.”

Juraschek noted that the effect of sodium on uric acid concentrations was small, but significant and quite the opposite of what the researchers expected. Specifically, during the part of the DASH trial in which participants were given the least sodium, their uric acid concentrations were the highest, with slight decreases achieved during the medium and high sodium portions of the trial.

Although high sodium levels appear to slightly decrease uric acid concentrations, Juraschek cautions against jumping to the conclusion that to reduce blood uric acid it’s a good idea to purposely consume lots of sodium. “More than 70% of people with gout have high blood pressure,” Juraschek says. “If one was to consume more sodium to improve uric acid, it could worsen blood pressure.”

The researchers caution that further research is needed to more clearly establish the link between the DASH diet and uric acid in patients with gout and to directly explore whether the DASH diet might reduce or prevent gout flare-ups. But, they conclude, the new study could offer patients a viable way to control uric acid concentrations – and presumably gout flare-ups – through a diet already shown to have positive effects on blood pressure, a well-established risk factor for cardiovascular disease.

“Results of this trial are good news to patients with high blood levels of uric acid or those at risk for gout. A dietary approach to prevent gout should be considered first line therapy. This study suggests that standard dietary advice for uric acid reduction which is to reduce alcohol and protein intake, should now include advice to adopt the DASH diet,” says senior author Dr Edgar R Miller III, professor of medicine at the Johns Hopkins University School of Medicine.

Abstract
Objective: Randomized trial data guiding dietary recommendations to lower serum uric acid (SUA), the etiologic precursor of gout, are scarce. We examined the effects of the DASH diet (a well-established diet that lowers blood pressure) and levels of sodium intake, on SUA.
Methods: We conducted an ancillary study of a randomized, crossover feeding trial in 103 adults with pre- or stage 1 hypertension. Participants were randomly assigned to receive either the DASH diet or a control diet (typical of the average American diet) and were further fed low, medium, and high sodium levels for 30 days each in random order. Body weight was kept constant. SUA was measured at baseline and following each feeding period.
Results: Trial participants were 55% women and 75% black with a mean age of 52 (SD, 10) years and mean SUA of 5.0 (SD, 1.3) mg/dL. The DASH diet reduced SUA by -0.35 mg/dL (95%CI: -0.65,-0.05; P=0.02) with a higher effect (-1.3 mg/dL; 95% CI -2.50, -0.08) among participants (N=8) with a baseline SUA ≥7 mg/dL. Increasing sodium intake from the low level, decreased SUA by -0.3 mg/dL (95%CI: -0.5,-0.2; P<0.001) during the medium sodium level and by -0.4 mg/dL (95%CI: -0.6,-0.3; P<0.001) during the high sodium level.
Conclusions: The DASH diet lowered SUA, and this effect was greater among participants with hyperuricemia. Moreover, we found that higher sodium intake decreased SUA, which enhances our knowledge of urate pathophysiology and risk factors of hyperuricemia.