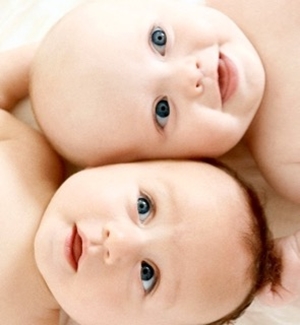 Twins should be delivered at 37 weeks' gestation to minimise stillbirths and newborn deaths, and there is no clear evidence to support routine delivery before 36 week's gestation, finds a large international study – a Global Obstetrics Network (GONet) Collaboration.

It is well known that the risk of stillbirth is higher in twin pregnancies than in singleton pregnancies. Uncomplicated twin pregnancies are often delivered early in an attempt to prevent stillbirth, but the optimal gestational age for delivery that minimises risks to newborns is not known.

Current recommendations vary on the timing of delivery, starting from 34 up to 37 weeks' gestation in monochorionic twin pregnancies (twins that share the same placenta) and from 37 up to 39 weeks in dichorionic twin pregnancies (twins that have two individual placentas). So an international team of researchers led by Javier Zamora, senior lecturer, head of clinical biostatistics unit, director of clinical epidemiology research area at the clinical biostatistics unit, Hospital Ramón y Cajal (IRYCIS), Madrid, Spain, decided to examine the evidence behind these recommendations.

They analysed the results of 32 studies, published within the past 10 years, of women with uncomplicated twin pregnancies that reported rates of stillbirth and neonatal mortality (defined as death up to 28 days after delivery) at various gestational ages after 34 weeks.

Overall the studies included 35,171 twin pregnancies (29,685 dichorionic and 5,486 monochorionic). Study design and quality were taken into account to minimise bias.

Based on these estimates, the researchers suggest that, for women with dichorionic twin pregnancies, delivery should be considered at 37 weeks' gestation "to prevent the significant increase in stillbirths associated with expectant management compared with the risk of neonatal deaths associated with early delivery."

In monochorionic twin pregnancies, "there is no clear evidence to support routine delivery before 36 weeks' gestation," they say.

The authors point out that the actual risk of stillbirth near term "might be higher than reported estimates because of the policy of planned delivery in twin pregnancies." But say, "our study provides comprehensive estimates comparing risks of stillbirth and neonatal mortality at various gestational ages, which is required for the planning of delivery in uncomplicated twin pregnancies."

This information "will complement the ongoing national and international efforts to reduce the rates of stillbirths and unexpected neonatal complications in babies born near term," they conclude.