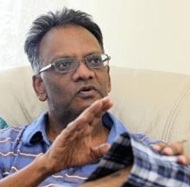 In what is believed to be the first major bungle of its kind in a South African hospital, a cancerous kidney, removed during a five-hour operation, cannot be traced. According to a Post report, the kidney belonging to cancer patient, Prakasim Derrick Rodgers, was removed specifically for the conducting of a biopsy and histology tests at two Durban laboratories. The crucial tests, which would have determined the type of cancer Rodgers is stricken with and the extent it has spread, were not done because his kidney disappeared.

Netcare St Augustine's Hospital, where Rodgers, who turns 57 next week, underwent surgery, confirmed in an e-mail that the kidney did not reach the laboratories because it went astray. The hospital’s general manager, Dr Augusta Dorning, said: "We are immensely distressed about what has transpired in this case concerning Mr Rodgers and remain deeply concerned that our strict and very clear policies and protocols regarding histology and biopsy procedures were not adhered to."

The report says an ill Rodgers, a self-employed father of two of Durban, said that being informed that his kidney had gone missing was a highly traumatic experience for him and his family. "The urologist also could not believe that my kidney got lost and that it was not sent to the laboratories for the biopsy and histology tests. Before I was discharged I requested a copy of the laboratory results of the biopsy and histology tests, but was strung along by the nurses, who told me to relax and rest when I am at home."

He said he had briefed attorney Mervin Dorasamy to probe the matter and to pursue a damages claim against the hospital. "I intend suing the hospital for damages. We are not talking about small immaterial things like a pair of sandals, a mug or a cellphone which got lost, but a vital organ which needed analysis in the laboratories to determine the status of the cancer, and which would have given my oncologist an idea of the treatment I required," Rodgers said. "The gross negligence of the nurses at the hospital cannot be condoned. Their incompetence has placed my life at great risk. I am in limbo. I don’t know what type of cancer I have and how far it has spread. Without having the vital medical reports in his possession, because the analysis was not done, any treatment suggested by the oncologist will be pure guesswork. The treatment will not encompass a scientific approach."

Dorasamy is quoted in the report as saying that he had urged the hospital to conduct a probe into the matter. "While the hospital had informed me in an e-mail that they were unable to trace where the kidney was and that human tissue deteriorates, Rodgers, his family and I do not want this saga to happen to anyone again. Rodgers is extremely perplexed by the chain of events. He has instructed me to sue for damages and to inform the relevant authorities of his plight," said Dorasamy.

Priscilla Sekhonyana, the public relations manager of the Health Professions Council of South Africa, said the matter had been referred to the council's legal division. "The council's lawyers will determine the way forward."

The report says in a comprehensive response to the questions posed, Dorning, the GM at Netcare St Augustine's Hospital, said an incident such as this had never happened at the hospital before. "We at Netcare St Augustine’s Hospital are immensely distressed about what transpired in the case concerning Mr Rodgers, and remain deeply concerned that our strict and very clear policies and protocols regarding histology and biopsy procedures were not adhered to. It is unacceptable to us that a patient has been subjected to a situation such as this and we are therefore doing everything within our power to try and ease the situation for Mr Rodgers and his family as far as possible."

Dorning said the preservation of histology and biopsy samples was a basic principle in nurse training. "We are in the process of taking conclusive action against those staff members who put Mr Rodgers in this predicament. Needless to say we are determined that a situation like this must never be repeated." According to the report, Dorning said the urologist had made the relevant arrangements for Rodgers to receive the required treatment.