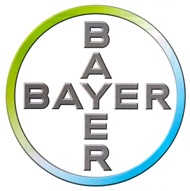 A panel of experts convened by the US Food and Drug Administration excoriated the manufacturer of a contraceptive device for not collecting data that they say could have helped predict risks for women. The New York Times reports that the device has received thousands of complaints from women who say they were harmed by it.

The device, called Essure, developed by a subsidiary of Bayer, is a small metal and polyester coil implanted into a woman’s fallopian tubes to make her permanently sterile. The FDA approved Essure 13 years ago after a fast-track review process that prioritized the device because it offered the first alternative to surgical sterilisation and promised a quick recovery.

But since then, allegations that the device has caused severe pain, perforations of fallopian tubes and possibly even death, have accumulated, and the agency recently decided to hold a daylong public meeting to talk about them. The report says the FDA does not have to take the advice of its expert panels, but it often does.

Bayer continued to stand by the device, saying its safety “is supported by more than a decade of science, with more than 10,000 women studied.” The company said it included “information related to nickel,” in the instructions for use since the device was approved in 2002. It estimates that a million Essure devices have been distributed around the world, about 60% of them in the US. The problems seemed to be concentrated in the US, too, the report says. A Bayer executive, Dr Andrea Machlitt, said of the 17,000 so-called “adverse event reports,” which flag problems, 15,000 had been in the US.

Women told of autoimmune problems such as eczema, lupus, celiac disease, of cysts, abscesses and tumours, of severe fatigue and losing control of their bowels, and of odysseys through the health care system in search of diagnoses. Many women have sued the company. The company’s supporters say it is not clear what share of those problems, if any, were caused by the device.

Some experts have called for more studies, saying the device had simply been poorly tracked after it came to market, with some women who had experienced problems left out of final results. Diana Zuckerman, the president of the National Centre for Health Research, which has been tracking the device, said some women participating in the clinical trials had evidence that their answers were changed by clinical investigators to make their response seem rosier – and accusation that Steven Immergut, a Bayer spokesperson, denied.

The report says not all of the testimony was negative. Representatives from Planned Parenthood and the American College of Obstetricians and Gynaecologists said they planned to continue using the device. They called for more information about the product and more studies. Dr Raegan McDonald-Mosley, the chief medical officer for Planned Parenthood, said the organisation had conducted an internal analysis that found very few problems. “We continue to offer Essure as an important option,” she said.

Dr Edio Zampaglione, a vice president at Bayer, said there had been many studies on the long-term use of the device. He pointed to a current study in France of 2,600 women and said that, in all, thousands of women who have the device had been studied. “The body of knowledge about the safety and efficacy of Essure continues to grow,” Zampaglione said.

He said none of the deaths in clinical trials had been related to the device – one was from leukaemia, and the other was from a heart attack after an operation. He said the fact that complaints about the product had increased was simply a reflection of the fact that more women were using it.