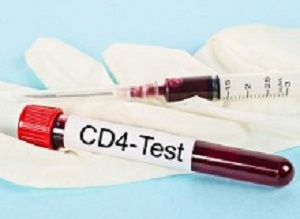 Carrying out a point-of-care CD4 count immediately after a person was diagnosed with HIV by home-based testing doubled the rate of linkage to HIV care in a resource-limited setting, a randomised study in Kenya has shown.

In an accompanying comment article, Rosanna Peeling of the London School of Hygiene and Tropical Medicine and Nathan Ford of the World Health Organisation’s HIV/AIDS department say that despite the push towards treatment for all regardless of CD4 count, measuring the CD4 cell count remains valuable for prioritising people for treatment and encouraging rapid linkage to care and initiation of treatment.

Late presentation for HIV care – typically after developing symptoms of advanced HIV disease or when at high risk of opportunistic infections – remains common in sub-Saharan Africa and other resource-limited settings.

Although late presentation for care is declining in some countries, findings published last week by the US Centres for Disease Control and Prevention (CDC) show that even in the best-performing countries, around one in five people entered HIV care in 2014 or 2015 when their CD4 cell counts had already fallen below 100 cells/mm3.

A large study carried out in South Africa has shown that delays in linkage to care pose the biggest barrier to achieving the UNAIDS 90-90-90 targets for antiretroviral treatment initiation and viral suppression. The study found that less than half the people diagnosed with HIV in a rural district of KwaZulu-Natal had linked to care within eight years of diagnosis.

The study carried out in Kenya, and reported by the CDC and the Kenya Medical Research Institute (KEMRI), was designed to test whether carrying out a point-of-care CD4 cell count immediately after HIV diagnosis resulted in better linkage to care when compared with the standard practice of laboratory testing and return of the results. The study also investigated whether such results could be reliably provided by lay operators, carrying out the test in field conditions, during a large-scale home-based HIV testing campaign.

The trial, conducted in 2013 and 2014, randomised housing compounds within communities to receive rapid home-based HIV testing and either point-of-care CD4 testing or standard of care for people who tested HIV positive. Point-of-care CD4 testing was carried out using the PIMA table-top device, which has been shown to reproduce laboratory results in the hands of lay users.

Standard-of-care CD4 testing involved an initial clinic visit (linkage to care), a referral for CD4 testing, a visit to a laboratory for blood to be drawn, and a further clinic visit to receive a CD4 test result and counselling. Travel costs for all these stages were borne by study participants; no participant received any compensation for taking part in the study.

Of the people who tested HIV positive, 353 were assigned to the standard-of-care arm and 417 to point-of-care testing. After CD4 count testing, participants were counselled about the result and the importance of linking to care. They were followed up six months later to find out whether they had linked to care, at which time 321 people in the standard-of-care and 371 in the point-of-care arm were located. Linkage to care was verified through the scrutiny of clinic records.

The study population was two-thirds female, mainly over 25 (79%) and overwhelmingly educated to primary school level (87%).

Point-of-care CD4 testing also speeded up linkage to care and antiretroviral therapy initiation. One hundred and seventeen people were linked to care in the first month in the point-of-care arm, compared to 62 in the standard-of-care group. People with CD4 counts below 200 were significantly more likely to link to care than those with CD4 counts above 200 (HR 1.54, 95% CI 1.11-2.20, p = 0.015), whereas there was no significant difference in linkage between those with CD4 cell counts above or below 350.
Among those who started treatment, the median time to antiretroviral therapy initiation was 47 days in the point-of-care group and 70 days in the standard-of-care group.

“In countries where viral load testing is being introduced, the true value of CD4 counts is at risk of being forgotten,” according to Rosanna Peeling and Nathan Ford’s comment. As the study authors note, CD4 counts are likely to continue to prove useful for providing prophylaxis against opportunistic infections. For example, the World Health Organization recommends that everyone with HIV with a CD4 cell count below 350 cells/mm3 should receive cotrimoxazole prophylaxis to reduce mortality from malaria, bacterial infections, toxoplasmosis and pneumocystis pneumonia.

Ford and Peeling warn that some countries have stopped funding CD4 monitoring in the rush to implement viral load testing. Yet, the number of people presenting with advanced HIV disease will not diminish until coverage of HIV testing greatly improves, and in order to focus attention on the need to identify and fast-track people with advanced HIV disease, the World Health Organisation will soon issue guidelines on a package of essential interventions for this group of people.

What’s needed, say Peeling and Ford, is a rapid, simple CD4 test that shows whether a patient is above or below a critical CD4 threshold, which can be administered in the same way as a rapid antibody test by lay community health workers. Visitect CD4, a disposable device developed by Australia’s Burnet Institute, is expected to become commercially available in 2018. Further implementation research to show how point-of-care CD4 tests can be used to improve linkage to care, especially among key populations such as people who inject drugs, and among rural populations, will also provide valuable information on how to use point-of-care CD4 testing, conclude the CDC/KEMRI research team.

Summary
Background: HIV disease staging with referral laboratory-based CD4 cell count testing is a key barrier to the initiation of antiretroviral treatment (ART). Point-of-care CD4 cell counts can improve linkage to HIV care among people living with HIV, but its effect has not been assessed with a randomised controlled trial in the context of home-based HIV counselling and testing (HBCT).
Methods: We did a two-arm, cluster-randomised, controlled efficacy trial in two districts of western Kenya with ongoing HBCT. Housing compounds were randomly assigned (1:1) to point-of-care CD4 cell counts (366 compounds with 417 participants) or standard-of-care (318 compounds with 353 participants) CD4 cell counts done at one of three referral laboratories serving the study catchment area. In each compound, we enrolled people with HIV not engaged in care in the previous 6 months. All participants received post-test counselling and referral for HIV care. Point-of-care test participants received additional counselling on the result, including ART eligibility if CD4 was less than 350 cells per μL, the cutoff in Kenyan guidelines. Participants were interviewed 6 months after enrolment to ascertain whether they sought HIV care, verified through chart reviews at 23 local clinics. The prevalence of loss to follow-up at 6 months (LTFU) was listed as the main outcome in the study protocol. We analysed linkage to care at 6 months (defined as 1–LTFU) as the primary outcome. All analyses were by intention to treat. This trial is registered at ClinicalTrials.gov, number NCT02515149.
Findings: We enrolled 770 participants between July 1, 2013, and Feb 28, 2014. 692 (90%) had verified linkage to care status and 78 (10%) were lost to follow-up. Of 371 participants in the point-of-care group, 215 (58%) had linked to care within 6 months versus 108 (34%) of 321 in the standard-of-care group (Cox proportional multivariable hazard ratio [HR] 2·14, 95% CI 1·67–2·74; log rank p<0·0001).
Interpretation: Point-of-care CD4 cell counts in a resource-limited HBCT setting doubled linkage to care and thereby improved ART initiation. Given the substantial economic and logistic hindrances to providing ART for all people with HIV in resource-limited settings in the near term, point of care CD4 cell counts might have a role in prioritising care and improving linkage to care.