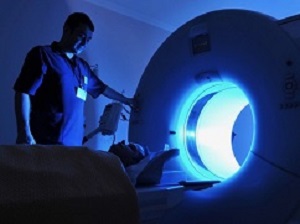 Oncology services in KwaZulu-Natal’s public hospitals have collapsed with no oncologists left in Durban, affecting 4,000 patients, reports the Sunday Tribune. In response, KZN's Health MEC has mooted a 'national instruction' that new specialists should be compelled to 'give back time' to the public sector.

There are still two oncologists at Grey’s Hospital in Pietermaritzburg. According to a Sunday Tribune report, the last cancer doctor at Inkosi Albert Luthuli Central Hospital will leave the public sector next week. Another finished on Thursday of last week. Albert Luthuli treats 80% of the province’s cancer patients.

The report says the two doctors had been holding cancer treatment in the province together after massive oncology resignations. The doctor who left on Thursday, Dr Sanele Kunene, said he had always planned to join the private health care sector. He completed his training in October but opted to stay at the hospital to help because of the critical shortage of oncology skills.

Other oncologists who have left said their lives became too stressful and they blamed the Department of Health. Oncologists were overworked as a result of the backlogs and critical shortages, they said.

The report says nurses and junior doctors at the hospital are in a panic as they have 4,000 patients that receive cancer treatment at Inkosi and Addington Hospitals. The doctors said they could not help cancer patients who had to wait for months to be assessed for chemotherapy.

“There’s a point when enough is enough and you have no option but to do what’s best for yourself. Doctors are not selfish, we get into the profession to help people but if we are treated badly and placed under immense pressure all the time, should we just accept the situation or move onto better working environments?” asked one Durban oncologist who did not want to be named.

KZN Health MEC Dr Sibongiseni Dhlomo said: “We are training these oncologists but as soon as they are done, they all want to leave the public health sector. “There are at least 50 oncologists in KZN who are in private practice but none of them are willing to offer any of their time when we are in a state of crisis. We have appealed to them for help.”

He said that in the interim, to solve the crisis, the department was considering sending cancer patients to private oncologists to get treatment.

“This will put further stress on the department as we will now have to be exhausting our budgets to ensure patients get treated.

“We are appealing to oncologists in KZN to meet with us and to let us know how much of their time they would be willing to give to us,” he said.

According to the report, Dhlomo also said he thought it would be a good idea for post-graduate doctors to be bound by a contract stating they had to give time back to public health after being trained as specialists. But that would have to be a national instruction, he said.

The DA’s spokesperson on health, Dr Imran Keeka, who has been raising issues regarding the oncology crisis for some time, is quoted in the report as saying that cancer patients could not be treated at all without oncologists as it was a specialised field. “This was inevitable. The MEC needs to take full responsibility for what has just happened. It is because of him that we are in this situation. He has made curable cancer become incurable and patients will suffer as a result of receiving no treatment at all,” said Keeka.

A report from the Institute of Race Relations says, meanwhile, that South Africa needs a more concerted policy focus on cancer and other non-communicable diseases. IoL reports that issued to coincide with National Cancer Survivors Day, the institute’s health-care analyst and author of the report Tawanda Makombo notes: “Cancer has a devastating effect on communities and households in South Africa.”

This is particularly true for poorer households, who struggle to afford treatment and care options.

The report says health-care policy debates in South Africa have tended to focus on HIV/Aids, the state of health-care facilities and, of late, health-care financing models and the NHI proposal. “To that list we think the government and political leaders should add a new focus on non-communicable diseases such as cancer.”

South Africa’s recorded cancer death rate is 117 deaths per 100,000 people a year, higher than in Botswana, Ghana, Nigeria, Mexico and Mozambique, but lower than the rates in the established middle-income democracies of the US and the UK. The institute believes cancer, along with heart disease and hypertension, do not receive enough attention from lawmakers.

Cardiovascular disease accounts for one in six deaths in South Africa and 48% of all deaths in 2015 were from non-communicable diseases, up from 37% in 2000.

The report also highlights the levels of obesity in South Africa. It shows that some 65.1% of women in the country are overweight or obese, followed by men (31.2%) and children between 2 and 14 (22.9%). About 90% of adults regard themselves as fat, while 66.7% are happy with their weight.

Severe obesity increases as wealth levels go up for both men and women. Men (9.5%) and women (28.5%) in the highest wealth quintile therefore suffer from the highest levels of severe obesity.

The white population has the highest proportion of obese men, at 39.3%. Among women, it is the Indian/Asian population (49.2%).