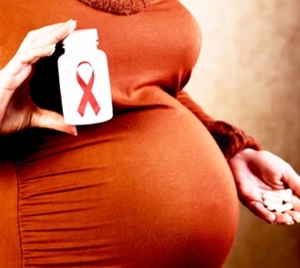 The lack of research of HIV-positive pregnant women and pregnant women who are at risk of contracting HIV has ‘led to a dearth of evidence to guide safe and effective treatment and prevention of HIV in pregnancy’.

Medical Xpress reports that in a study, Lyerly, associate director of theUniversity of North Carolina’s Centre for Bioethics and associate professor of social medicine at the UNC School of Medicine, addresses the lack of research of HIV-positive pregnant women and pregnant women who are at risk of contracting HIV.

In the research on the HIV-positive pregnant women that has been done, most outcomes focus entirely on the health of the foetus. Pregnant women are excluded from the vast majority of studies, including studies on how to best prevent HIV.

This lack of research has resulted in “major gaps in understanding how best to address the health needs of pregnant women living with or at risk for HIV,” she said. To help address these gaps, Lyerly is leading the PHASES Project, a multi-institutional grant of more than $3m from the US National Institutes of Health to develop guidance for ethically advancing HIV research in pregnant women.

The study involved interviewing 62 HIV clinicians and investigators to determine what HIV experts and researchers perceived as barriers to conducting research with pregnant women. While many researchers were US-based, nearly half of those researchers conducted their studies internationally, primarily in sub-Saharan Africa.

“Investigators face numerous challenges to conducting needed HIV research with pregnant women,” Lyerly said. “Advancing such research will require guidance regarding ethical and legal uncertainties, incentives that encourage rather than discourage investigators to undertake such research; and a commitment to earlier development of safety and efficacy data through creative trial designs.”
The complex ethical concerns about conducting research on pregnant women stem, in part, from a “catch-22” dilemma: “limited safety data on HIV-related drugs in pregnancy sparks concerns about unknown potential maternal-fetal exposure risks, which leads to reluctance to study pregnant women, in turn perpetuating the lack of safety data that could inform next steps for research,” Lyerly said.

There are also legal concerns. Many investigators found it difficult to interpret federal rules for research involving pregnant women, making it even more difficult to conduct research. Some investigators also reported that these studies were often more cost-prohibitive, both in terms of the research, as well as potential associated care.

“The long list of challenges may seem discouraging, but there is good news,” Lyerly said. “Our consultations suggest that evidence gaps for the HIV response in pregnancy are due neither to lack of will among investigators nor their failure to recognize the research and clinical needs of pregnant women. Rather, these gaps are largely a function of questions, disincentives and barriers in the wider research environment, many of which we can and need to navigate in order to fairly address the health needs of pregnant women living with or at risk for HIV and their children.

“While these challenges are significant, they are not insurmountable.”

Abstract
Objective: Concerns about including pregnant women in research have led to a dearth of evidence to guide safe and effective treatment and prevention of HIV in pregnancy. To better understand why these evidence gaps persist and inform guidance for responsible inclusion of pregnant women in the HIV research agenda, we aimed to learn what HIV experts perceive as barriers and constraints to conducting this research.
Methods: We conducted a series of group and one-on-one consultations with 62 HIV investigators and clinicians to elicit their views and experiences conducting HIV research involving pregnant women. Thematic analysis was used to identify priorities and perceived barriers to HIV research with pregnant women.
Results: Experts discussed a breadth of needed research, including safety, efficacy and appropriate dosing of: newer ARVs for pregnant women, emerging preventive strategies, and treatment for co-infections. Challenges to conducting research on pregnancy and HIV included ethical concerns, such as how to weigh risks and benefits in pregnancy; legal concerns, such as restrictive interpretations of current regulations and liability issues; financial and professional disincentives, including misaligned funder priorities and fear of reputational damage; and analytical and logistical complexities, such as challenges recruiting and retaining pregnant women to sufficiently power analyses.
Conclusions: Investigators face numerous challenges to conducting needed HIV research with pregnant women. Advancing such research will require clearer guidance regarding ethical and legal uncertainties; incentives that encourage rather than discourage investigators to undertake such research; and a commitment to earlier development of safety and efficacy data through creative trial designs.

Oct 7th, 2020
An international analysis warns that in the race to develop medical interventions for the coronavirus,...