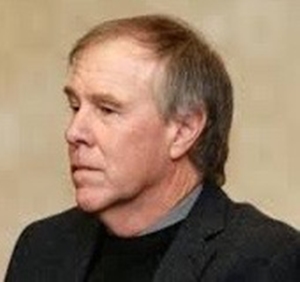 Professor Tim Noakes, is pilloried and made to cry in front of a Health Professions Council of SA inquiry for offering ‘harmful’ nutritional advice on Twitter, writes Keyan Tomaselli, Distinguished Professor at the University of Johannesburg. Yet nothing is done about ‘all manner of pseudo-medical-psycho treatments’ that are widely advertised.

Keyan Tomaselli, a distinguished professor at the University of Johannesburg writes in UKZNdabaonline that such advertising and chicanery is commonplace. Yet, he says, no-one complains, few are dragged before the Advertising Standards Authority (ASA), no-one is charged with littering and few are held to account for botched procedures.

But, he points out, one globally known medico, Professor Tim Noakes, is pilloried and made to cry in front of a Health Professions Council inquiry for offering “harmful” nutritional advice on Twitter to a new mom. Why?

Because, says Tomaselli, he publicly has identified all the junk we were told as kids by our own moms is “good for you” (sugar, preservatives and salt especially). So, like thousands of other dieters he experimented on himself, analysed the results scientifically and popularised the Banting approach that took on the obesity, cardiac and carcinogenic industries.

Tomaselli writes: “The Heart Foundation got into a tizz, the sugar industry went into a tailspin, the medical fraternity fried him in a hearing, yet Noseweek, Carte Blanche and journalists continuously expose medicos who kill, maim, and disfigure, often with impunity.

“And, what does the academic establishment do in cases of self-experimentation – complain about the lack of control groups and ethical clearance. How does one apply for ethical clearance to experiment on one’s self?”

Tomaselli writes: “Consultations cannot be offered through social media, claimed one self-important psychiatrist. Inquirers must be referred to a medical practitioner. This wag really has not watched TV programmes like The Doctors and may have never heard of of Wits’s radio personality Harry Seftel who, with the radio doctor on SABC dispensed good sense weekly over the airwaves during the 1980s. That programme is still running on SABC’s Channel Africa.

“The assumption is that all individuals have easy access to doctors. Perhaps this fellow should try to find a doctor in a rural area or a squatter camp or an informal settlement? Medicine Sans Frontiers can’t be everywhere!

“Some smokers I know have been persuaded by tobacco companies that smoking is not unhealthy. Indeed, the smell of third hand smoke lingered in the waiting room of a physician specialist I was recently required to consult by my health insurance company. Not a good ad for the medico or the insurance company! How can I trust a specialist whose clothes reeked of smoke while he was fitting me up on his ECG?

“When linked to a global public health communication project I was astonished that many of these eminent NGO workers who were advising the masses on healthy living were themselves inveterate smokers. So, what’s the difference between an actor dressed in a white coat purveying a claimed medical treatment in a TV ad and qualified health workers who do not even follow their own advice?”

Tomaselli writes that “this was the question about causality and belief that Derek Wang used to ask CCMS students when he threw the bones while teaching a course called Science as a Cultural Expression.

“Other legal purveyors of addiction, death and ill-health include car manufacturers, the junk food and cold drink industries, alcohol producers, e-cigarettes and dagga, though the latter is claimed to offer medical properties. The list is endless. And, few question the self-styled nutritionists who persuade with their doctored before-and-after photographs. Indeed, one charlatan recently took on the ASA and won simply because the manufacturer did not subscribe to the ASA code of conduct. Talk about evading responsibility!

“Yet, I would guess that the majority of South Africans are hungry, nutritionally lacking, and unhealthy, no matter how much they are eating. But the obsessives focus on Noakes, and forget the bigger picture, which is part of his objective.

“Attack him, humiliate him, but then get your penis enlarged by a ‘healer’ who only has a cellphone number attached to a light pole, rubbish bin or electrical relay box. Way to go. I am all for taking medical care onto the streets, and not just Harley Street or Lancet Hall.

“Visit any pharmaceutical chain store. The till queue lines snake purchasers cheek-by-jowl alongside scores of metres of child-accessible shelves displaying junk food, chewable rubbish and sweets that undo the good that the healthy stuff does that they actually came to the store to buy.

“Once hospitals deliberately contributed to their own profiteering – from-causation by permitting smoking and providing cigarette dispensing machines. They were peddling illness-inducing products and then charging to treat it. This is akin to Lenin’s rope. Woolworths once in a mad moment of social responsibility relocated their junk food shelves away from the till, and one Westville filling station lost R250,000 in just one month. The tempting junk was back shortly thereafter at the till queues.”

Tomaselli writes: “We are our own worst enemies. We are each complicit with the junk food industry in the shopping malls, and God knows who the nutters are that rely on the street pole dispensers.”