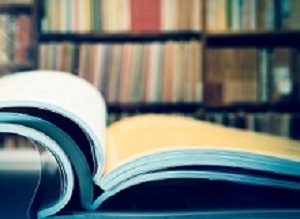 Virtually all top medical journals require authors to disclose potential conflicts of interest, but few – just 12% – apply that same medicine to their own editors by publicly disclosing editors’ financial ties to industry, Science Mag reports a study has found.

Authors of the study called that “paradoxical” given that other analyses have shown that about 50% of editors at such journals in the US have received payments from industry. “Journal editorial teams are a key player that should apply to themselves the transparency they demand from their authors,” wrote Rafael Dal-Ré of the Autonomous University of Madrid and his co-authors at the NYU Langone Medical Centre, University of Split School of Medicine, Croatia.

They examined 130 journals spanning medical, imaging, and surgery specialties, focusing on the top five most influential ones, as measured by their impact factors, in each of 26 subcategories. In half of the categories, not a single journal publicly disclosed any editor conflicts of interest (COIs), their study found.

Many journals not reporting conflicts have endorsed publication policies that encourage such disclosures: Seventy-three percent of journals examined belong to the Committee on Publication Ethics (COPE), which recommends that “editorial COI should be declared, ideally publicly.” What’s more, 45% percent of journals have said they follow the International Committee of Medical Journal Editors’ standards, which recommend transparency throughout the publication process to promote trust and credibility.

Hidden financial ties of editors and authors to industry have drawn heightened outside scrutiny since Congress established a public Open Payments database that, beginning in 2013, required medical product manufacturers to disclose their payments to physicians.

A separate 2018 study by a different team of researchers found that in 2015, about half of 703 editors from 60 influential US journals in six medical specialties received general payments from industry for activities such as consulting and travel; 22% of the 703 received payments of more than $5000. Another study found that median payments to editors in seven medical species from 2013 to 2016 were higher compared with all physicians in those specialties.

The report says when contacted, publishers of some journals cited in Dal-Ré’s study as failing to publicly disclose any details about individual editors’ conflicts did not dispute that finding but said they have taken steps to manage them, such as requiring editors to disclose such ties internally and recuse themselves.

For example, The Lancet follows COPE’s and ICMJE’s standards, said Tom Reller, vice president for global communications at Elsevier, its Amsterdam-based publisher. In-house editors must “comply with additional company COI policies and procedures,” he wrote in an email.

A spokesperson for The New England Journal of Medicine wrote in an email that its editors are not allowed “any financial relationships with any biomedical companies” and are required to annually affirm that they do not have any such financial association.

The report says no publications in the Science family of journals appear in Dal-Ré’s study or list of the top-cited medical journals; AAAS in Washington, DC, publishes Science Translational Medicine and Science Immunology. Their professional editors are required to declare any conflicts of interest and may not hold any financial or management interest in a medical “device, institution, or company.”

Abstract
Objective: To assess the fulfilment of authors’ and editors’ individual disclosure of potential conflicts of interest in a group of highly influential medicine journals across a variety of specialties.
Design: Cross-sectional analysis.
Setting and participants: Top-ranked five journals as per 2017 Journal Citation Report impact factor of 26 medical, surgery and imaging specialties.
Interventions: Observational analysis.
Primary and secondary outcome measures: Percentage of journals requiring disclosure of authors’ and editors’ individual potential conflicts of interest (CoI). Journals that were listed as followers of the International Committee of Medical Journal Editors (ICMJE) Recommendations, members of the Committee on Publication Ethics (COPE) and linked to a third party (ie, college, professional association/society, public institution).
Results: Although 99% (129/130) of journals required author’s CoI disclosure, only 12% (16/130) reported individual editors’ potential CoIs. Forty−five per cent (58/130) of journals were followers of the ICMJE Recommendations, and 73% (95/130) were COPE members. Most (69%; 90/130) were linked to a college, professional society/association or public institution. Only one journal did not have policies on individual authors’ and editors’ CoI disclosure.
Conclusion: Very few high-impact medical journals disclosed their editorial teams’ individual potential CoIs—conversely, almost all required disclosure of authors’ individual CoIs. Journal followers of the ICMJE Recommendations should regularly disclose the editors’ individual CoIs, as this is the only legitimate way to ask the same transparency of authors.

Abstract 2
Background: Almost all medical journals now require authors to publicly disclose conflicts of interests (COI). The same standard and scrutiny is rarely employed for the editors of the journals although COI may affect editorial decisions.
Methods: We conducted a retrospective observational study to determine the prevalence and magnitude of financial relationships among editors of 60 influential US medical journals (10 each for internal medicine and five subspecialties: cardiology, gastroenterology, neurology, dermatology and allergy & immunology). Open Payments database was reviewed to determine the percentage of physician editors receiving payments and the nature and amount of these payments.
Findings: 703 unique physician editors were included in our analysis. 320/703 (46%) received 8659 general payments totaling $8,120,562. The median number of payments per editor was 9 (IQR 3–26) and the median amount per payment was $91 (IQR $21–441). The median total payment received by each editor in one year was $4,364 (IQR $319–23,143). 152 (48%) editors received payments more than $5,000 in a year, a threshold considered significant by the National Institutes of Health. COI policies for editors were available for 34/60 (57%) journals but only 7/34 (21%) publicly reported the disclosures and only 2 (3.%) reported the dollar amount received.
Interpretation: A significant number of editors of internal medicine and subspecialty medical journals have financial COI and very few are publicly disclosed. Specialty journal editors have more COI compared to general medicine journal editors. Current policies for disclosing COI for editors are inconsistent and do not comply with the recommended standards.