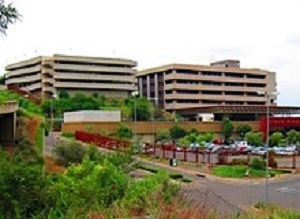 There have been mounting calls recently for central academic hospitals to be moved into the national governance sphere, allowing the national health department to administer and run these institutions, writes Dr Johann Serfontein, a member of the Free Market Foundation health policy unit in Business Day. He writes that even Gauteng premier David Makhura supported the idea in his state of the province address, indicating that Charlotte Maxeke Johannesburg Hospital, Chris Hani Baragwanath Hospital, Steve Biko Hospital and George Mukhari Hospital should be run by the national government.

Serfontein asks: “Would the department of health run these facilities any better than they are now?”

He writes that it runs no healthcare facilities in South Africa. He says in the report that this is not its function so there is a complete lack of skills, experience and knowledge of administering hospitals in the department. It would have to create and staff an internal division to manage this function. Such a step would require appointment of competent, experienced personnel capable of performing this function.

He says this would create a whole new grouping of high-level, salaried positions in the department adding that once again, the government would add to the spend on healthcare administration, as opposed to adding health-care professionals who deliver services to the system. Alternatively, you will find staff might be co-opted from provinces, meaning the same people who mismanage the hospitals will still be running them.

Serfontein writes in the report that the second consideration is whether the department budget will be increased by the requisite R30bn now being spent by provinces on running these hospitals.

He writes: “At present, the department’s budget is about R40bn, so this would require a 75% increase in budget year on year to fully fund such hospitals at current rates. Treasury would also concurrently have to reduce the provincial proportional budgetary allocation by this amount. So, provinces would not have additional resources available to run primary health-care better, as Makhura has proposed.”

Serfontein writes that the final consideration is the various support functions for these central hospitals that lie within the provinces.

He writes: “The entire logistics – and supply chain function is a provincial competence, or incompetence, which would have to be duplicated at national level to supply these hospitals with all the necessary equipment and consumables. If the supply chain is not duplicated, the hospitals will still be dependent on an outsourced agreement with the provinces’ supply chain, which is failing them at present.

“Once again, one has to question whether the department has the requisite skills and knowledge of supply chain within its staff, or whether this function would have to be created along with the additional administrative spend of duplicating a provincial function. With the smaller amount of consumables and drugs used by a group of 10 hospitals, pharmaceutical companies and consumable suppliers will also not be willing to tender at the same low prices the provinces are able to acquire through bulk buying at a provincial level. A supply chain for such a small grouping of hospitals will be highly unlikely to create any logistical economies of scale. It would add an additional layer of administrative costs to the running of these hospitals.”

Serfontein writes in the report that the proposed nationalising of these hospitals is unlikely to improve efficiency, patient care or the financial position of the department. The positive effects on primary health-care delivery will also not materialise in the provinces, as removing hospitals will coincide with removing funding. In government, funding follows function. Generally, it is also unlikely that such a move to the national sphere will lead to reductions in administrative staff at provincial health departments, as unions will simply not stand for that. The levels of inefficiency would just increase further by such a step, with less work for the same amounts of provincial healthcare administrators.

He writes: “In South Africa, we have a distinct lack of practical solutions for the problems we are encountering. The continued ideological approach to problem solving, such as proposing nationalisation of provincial hospitals, or the nationalisation of all health care through National Health Insurance, needs to be shelved and a pragmatic approach needs to start rearing its unpopular head.”