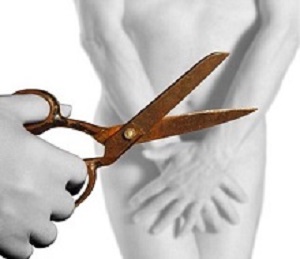 Having a vasectomy doesn't increase a man's risk of developing prostate cancer or dying from it, found a Canadian study.

Previous research has been mixed about the risk of prostate cancer associated with vasectomy, a common form of long-term birth control that involves snipping or blocking tubes that transport sperm out of the testicles. “Our study involving a large number of individuals followed for many years found no increased prostate cancer risk,” said lead study author Madhur Nayan, a researcher at the University of Toronto. “We were able to control for some of the differences between men undergoing vasectomy and those not (visits to a physician) – these differences could have explained why in other studies men undergoing vasectomy were found to be at increased risk for prostate cancer,” Nayan added by email. “We feel our findings reflect an accurate assessment of the risk of prostate cancer after vasectomy.”

While vasectomy isn’t the primary form of birth control for most couples in the US, it’s estimated that 1% of men aged 25 to 49 have the procedure each year, adding up to around 500,000 vasectomies annually.

Men who undergo this sterilisation procedure often worry about whether it will negatively impact their sex life or fail to prevent pregnancy. Concerns about a cancer risk spiked after a large 2014 study linked vasectomies to a 10% greater risk of developing prostate tumours, as well as a 20% higher risk of fatal prostate cancer, Nayan and colleagues note.

For the current study, researchers examined data on 326,607 men aged 20 to 65 who underwent a vasectomy and compared them to men with similar age and health status who didn’t have this procedure. Researchers followed half of the men for at least 10.9 years.

One limitation of the study was that researchers lacked data on what type of prostate cancer screening tests men underwent, which might influence the odds of a diagnosis, the authors note. The study also didn’t have data on certain factors that influence the risk of prostate cancer such as family history, ethnicity, eating habits, and ejaculation frequency, the researchers also point out.

Even so, men shouldn’t be deterred from vasectomies out of concern about the risk of developing prostate cancer, the authors conclude.

Abstract
Objective: To determine the association between vasectomy and prostate cancer, adjusting for measures of health seeking behaviour.
Design: Population based matched cohort study.
Setting: Multiple validated healthcare databases in Ontario, Canada, 1994-2012.
Participants: 326 607 men aged 20 to 65 who had undergone vasectomy were identified through physician billing codes and matched 1:1 on age (within two years), year of cohort entry, comorbidity score, and geographical region to men who did not undergo a vasectomy.
Main outcomes measures: The primary outcome was incident prostate cancer. Secondary outcomes were prostate cancer related grade, stage, and mortality.
Results: 3462 incident cases of prostate cancer were identified after a median follow-up of 10.9 years: 1843 (53.2%) in the vasectomy group and 1619 (46.8%) in the non-vasectomy group. In unadjusted analysis, vasectomy was associated with a slightly increased risk of incident prostate cancer (hazard ratio 1.13, 95% confidence interval 1.05 to 1.20). After adjustment for measures of health seeking behaviour, however, no association remained (adjusted hazard ratio 1.02, 95% confidence interval 0.95 to 1.09). Moreover, no association was found between vasectomy and high grade prostate cancer (adjusted odds ratio 1.05, 95% confidence interval 0.67 to 1.66), advanced stage prostate cancer (adjusted odds ratio 1.04, 0.81 to 1.34), or mortality (adjusted hazard ratio 1.06, 0.60 to 1.85).
Conclusion: The findings do not support an independent association between vasectomy and prostate cancer.