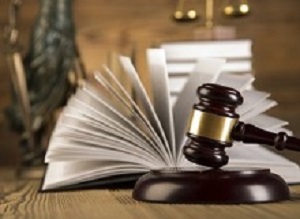 17What happened to Beatrice Weisman before dawn on 29 August 2013, was not supposed to happen: the medical staff at Maryland General Hospital in the US found her in cardiac arrest, resuscitated her and kept her alive, writes Paula Span for The New York Times.

The matriarch of a close-knit family on Maryland’s Eastern Shore, Ms. Weisman, then 83, had suffered a serious stroke in June and had spent weeks in two hospitals.

Fortunately, she and her husband had drafted advance directives; she named her husband, William, to make medical decisions if she became unable to.

In August, as her condition deteriorated, Mr. Weisman convened a wrenching family meeting at their Easton home. With the support of their four children, he authorized Medical Orders for Life-Sustaining Treatment, known as a Molst form, stating that if his wife’s heart or lungs failed, she should be allowed to die.

(In Maryland and most other states, Molst or Polst — Physician Orders for Life-Sustaining Treatment — forms become part of physicians’ orders; they apply in every health care setting and provide a clearer guide to patients’ wishes than standard advance directives.)

Yet when Ms. Weisman was discovered turning blue in her bed, staff members began to perform CPR, which caused broken ribs and collapsed lungs. They defibrillated her with electric shocks, injected epinephrine and succeeded in reviving her.

He said his parents “had done everything the way they were supposed to — the wills, the advance directives, the Molst.” But when hospital personnel found their patient dying, “they still violated her wishes.”

Mr. Weisman has brought suit against Maryland General for its treatment of his mother, alleging assault, negligence, the “intentional infliction of emotional distress” and other claims.

Physicians and hospitals have grown accustomed to the threat of lawsuits when they fail to save a patient’s life. Now, some face legal action for failing to let a patient die.

Historically, the practice has been “if in doubt, err on the side of aggressive, life-sustaining treatment,” said Thaddeus Pope, who directs the Health Law Institute at Mitchell Hamline School of Law in St. Paul, Minn.

After all, resuscitated patients in intensive care can later be disconnected from ventilators, he pointed out, but “you can’t reverse death.” Courts have seemed unreceptive to what might be labeled wrongful-life cases.

Dr. Pope sees that changing, however, and has compiled several recent examples in the latest Journal of Clinical Ethics (see link below).

For decades, since the bitter legal battles surrounding Karen Ann Quinlan and Terri Schiavo, Americans have been continually urged to put their end-of-life wishes in writing.

“State law, federal law, all the medical and advocacy groups — everyone sends that same message,” Dr. Pope said. “There’s this promise. If you document, if you fill out an advance directive, that assures your preferences will be honored.”

And when they’re not, patients often bear at least part of the blame. They’ve written vague instructions, perhaps, or left crucial documents at home or in a lawyer’s office.

In these recent cases, however, attorneys argue that patients and their appointed agents did everything right — and still, patients were subjected to unwanted life-prolonging actions.

In Georgia, Jacqueline Alicea is suing both Doctors Hospital of Augusta and the surgeon who ordered her grandmother, Bucilla Stephenson, 91, placed on a ventilator in 2012. That contravened Ms. Alicea’s verbal instructions as her designated health care agent and Ms. Stephenson’s advance directive declining such life-prolonging procedures.

“It might as well have been in the garbage can, for all the good it did Ms. Stephenson,” said Harry Revell, Ms. Alicea’s lawyer. “They ignored and trampled the patient’s rights.”

A statement from Doctors Hospital expressed sympathy for the family but said “the care provided was appropriate and in the best interest of the patient.”

While Ms. Alicea was ready to let nature take its course, she initially hesitated to tell doctors to disconnect the machinery that was keeping her grandmother alive. After a week, however, she authorized removal from the ventilator and comfort care; her grandmother died three days later.

Ms. Alicea’s lawsuit, scheduled for a June trial, seeks approximately $200,000 in hospital and physician charges (which were largely paid by Medicare), plus punitive damages and lawyers’ fees.

A decision in the case last July by the Supreme Court of Georgia, however, may already have consequences for other plaintiffs. The justices denied the defendants' immunity claims, saying pointedly “it is the will of the patient or her designated agent, and not the will of the health care provider, that controls.”

Court decisions like this one may influence later judgments, even in other states.

An appellate court decision in California will allow a widow to receive lawyers’ fees in a case involving her husband’s advance directive and efforts by Humboldt County, where the couple lived, to intervene in his care.

Dick Magney had appointed his wife, Judith, as his decision-maker. Hospitalized in 2015 with a variety of potentially fatal conditions, he opted for palliative care. Then someone at the hospital reported suspected neglect to the county’s adult protective services agency.

Judith Magney, 71, and her lawyer spent months fighting the county, which tried to replace Ms. Magney as her husband’s agent, started antibiotics he had earlier declined and briefly appointed a conservator.

In an interview, Jeffrey Blanck, counsel to the county, defended those actions on Mr. Magney’s behalf because “he was coming in and out of competency” and sometimes agreed to antibiotics.

Mr. Magney died in a nursing home in October 2015 at age 74. But his widow’s attempt to force Humboldt County to pay her legal bills continued until California’s First Appellate District issued a blistering opinion last fall.

It found that the county had “knowingly and deliberately misrepresented both the law and the facts to the trial court” and granted Ms. Magney attorneys’ fees. Her lawyer, Allison Jackson, has asked for $1.44 million, including punitive damages.

And when cases get settled, as typically happens, the terms often remain confidential, so nobody knows the size of the check.

State agencies also penalise nursing homes for resuscitating residents who have do not resuscitate, or D.N.R., orders. They’ve mostly levied paltry fines — $1,370 in Connecticut, $16,000 in Florida — but such actions can affect consumers’ choices of nursing homes.

“Now, when you go to Nursing Home Compare, this affects their grades and their reputations,” Dr. Pope said, referring to Medicare’s the government’s online guide to assisted-living facilities and nursing homes.

In Maryland, the Weisman case has a trial date in November. “I don’t want to suggest there’s evil afoot” by Maryland General, said the Weismans’ lawyer, Robert Schulte. “Her Molst form was right on the top of her chart. They just didn’t bother to look.”

William Weisman died about a year after his wife’s discharge, so their son, Christian, filed the lawsuit. It seeks $250,000 in hospital charges, plus the roughly $180,000 annual cost of her care from her resuscitation to her eventual death. The suit also insists that the hospital improve its procedures and training for D.N.R. orders.

A hospital spokeswoman said in an email that the staff members who resuscitated Ms. Weisman didn’t intentionally disregard her D.N.R. and that Maryland’s highest court has held that being granted life is not an injury.

She also noted that “Ms. Weisman has made a remarkable recovery.”

That’s true — thanks to intensive physical therapy and round-the-clock home care, all paid for out of pocket. Formerly an active bowler and bridge player, Ms. Weisman left Maryland General in November 2013, bedbound and relying on a feeding tube and catheters.

Now 86, she lives at home in Easton with revolving shifts of caregivers, eats meals, recognizes family members and is taken to church on Sundays. But dementia makes her confused and afraid, her son said.

“I’m happy to see my mother each day, but I’m also seeing her suffer each day,” Mr. Weisman said. “She asks why she’s still here. That’s a difficult thing to answer.”