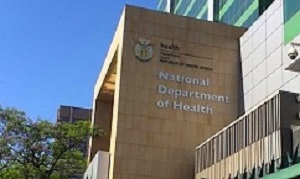 South Africa will forge ahead with its biggest post-apartheid healthcare reforms despite the lack of evidence from its multibillion-rand pilot programme that the scheme will work, Business Day reports an evaluation report shows.

The National Health Insurance (NHI) pilot site evaluation report, commissioned by the Health Department from Genesis Analytics, is likely to draw criticism from some quarters including the Democratic Alliance (DA), which has said NHI is being laid on a shaky foundation, and the Free Market Foundation think-tank, which argues that the plan will push up taxes and harm the economy.

Business Day reports that the government allocated R4.9bn between 2012/2013 and 2016/2017 to 10 NHI pilot sites, which were tasked with improving public health services in some of SA’s most deprived districts. But the project was set up with no clear monitoring and evaluation framework, making it virtually impossible to gauge its effect and determine whether the government got a return on its investment, says the report.

Many of the initiatives that were implemented in the NHI pilot districts – such as the school health programme to screen for hearing and vision problems, a decentralised system for dispensing chronic medicines, and a clinic upgrade programme – were introduced nationwide, making it difficult to determine whether the extra resources poured in to the pilot districts had an effect.

Business Day reports that the lack of baseline measures and variation in performance indicators made it difficult to identify trends over time. The evaluation report also found that the project had insufficient mechanisms in place to enable the government to monitor progress and correct things as they went wrong, and that it failed to collect vital data.

For example, it found that while the school health programme did a good job identifying children who had faulty eyesight or hearing, no data was collected on referrals, and there was no way of assessing whether children got the spectacles or hearing devices they required.

The Health Department’s deputy director-general for the NHI, Anban Pillay, is quoted in Business Day as saying that the pilot was not set up as a randomised clinical trial, and the qualitative feedback provided by the evaluation offered useful insight from the people on the ground. "Such experiences are always helpful in assisting us to reflect on what works and what does not, and for course correction," he said.

Siviwe Gwarube, DA health spokesperson writes in a in a Sunday Times report, it is crucial that South Africa follows the global trend towards providing universal healthcare.

But he writes, the public health care in this country has become a microcosm of South Africa’s legacy of insiders and outsiders. The deep inequalities that exist in our country play themselves out painfully in the health system.

Gwarube writes in the report: “A majority of South Africans make use of public health facilities, which are overly burdened, with crumbling infrastructure, often with critical medication shortages, long waiting times in queues and public health-care professionals who are evidently over-stretched.

“On the other hand, the 16% of South Africans who rely on the private health-care system do so at increasingly high rates, which lock more people out of medical schemes.”

Gwarube comments in the report on four main issues that the DA has identified with the NHI Bill.