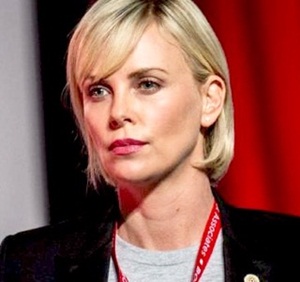 The past week’s AIDS 2016 was the second conference of the International Aids Society to be held in Durban. The first took place in 2000, writes MedicalBrief‘s William Saunderson-Meyer. The first was a grim affair, overshadowed by denialism. This one was a triumph.

This one spanned 500 sessions, saw the presentation of 2,500 research studies and the attendance of more than 18,000 delegates. It had a continuously revolving celebrity sideshow with the likes of Bill Gates, Charlize Theron, Prince Harry and Elton John, and was attended upon by thousands of media, security and support staff. Given that with pre-conference sessions the event effectively ran for a week, it’s a happening that probably drew more people than does Kings Park Stadium during a bad season for the Sharks.

The Durban 2000 conference had taken place under the cloud of President Thabo Mbeki’s denialism over HIV/Aids. He was the keynote speaker and – as with apartheid era President PW Botha’s predicted unbanning of the liberation movements a dozen or so years earlier, also in Durban – there was the bated-breath hope that Mbeki would cross a personal Rubicon, recant his pseudo-scientific claptrap and move swiftly to address what was a national crisis.

Alas, Mbeki’s Rubicon, like that of PW’s, remained resolutely unforded and the rest, as they say, is history. Because of a strange, shared combination of timidity and arrogance, both men will always be remembered as much for what they did not do, as for what they did do.

If the mood in 2000 was that of disappointment, it was also one of defiance. Out of Mbeki’s intransigence sprang the mobilisation of ordinary South Africans to agitate for the provision of antiretroviral treatment, to transform, entirely peacefully, our politics.

Driving this movement was the recently formed Treatment Action Campaign, which embarked upon the kind of rolling mass action, sans stones and immolating tyres, that had brought the apartheid government to its knees. Using every tool in the Democracy 101 toolkit, the TAC took on and won, both against the pharmaceutical giants on drug prices and the African National Congress government on drugs access.

That is why Durban 2016 has been such a different animal from its predecessor of 16 years ago. The mood has been triumphant, celebratory. Not only have enormous advances been made in HIV medicine, but also the political foe of then, the ANC government, has been vanquished and converted into an ally.

Although President Jacob Zuma – the man who infamously recommended a post-coital shower as an antidote to HIV infection – was nowhere to be seen, everyone else who most mattered in terms of influencing public perception was there. Deputy President Cyril Ramaphosa led the charge along with Minister in the Presidency Jeff Radebe, with a gruelling schedule of speeches, panel appearances, briefings and walkabouts.

Heavily involved, too, was Health Minister Dr Aaron Motsoaledi, a man so highly regarded in international health circles, that it seems no one dared jest about the garlic, beetroot and lethal industrial solvent that were peddled as cures by his now mercifully deceased Mbeki-era predecessor. Also making present was Science and Technology Minister Naledi Pandor, who is one of our more personable and impressive ministers, as well as an assortment of provincial MECs.

One of the most interesting and important events was a panel organised by the influential Ford Foundation, entitled Navigating Power. Intended as “a candid conversation between funding partners and activists”, it delivered more than the tedious finger-pointing alternating with back-slapping session that one might have expected. Instead the conversation, candid but never rancorous, spotlighted the changing nature of funding, the changing nature of the organisations funded, and the conundrum that results.

In SA, in the fertile wake of the TAC tsunami, a host of civil society organisations sprang up. These tended to be more focused, tackling a single aspect of a problem rather than taking on an entire system.

Donors far prefer to fund such short-term tightly defined projects with directly measurable results, albeit that these results are often socially and politically trivial. The riskier alternative is to fund over the long-term the general budgets of organisations seeking broader structural change. Much more difficult to manage and measure.

Ironically, the TAC, once the darling of the donor community, became a victim this change of emphasis and is now struggling to survive. TAC chair Qondisa Ngwenya, who was one of the panellists, argued passionately for the need to move beyond administrative minutiae and short projects. Instead, donors should set longer timelines, partnering with organisations that share their core values and providing them with funding that is less prescriptively allotted.

Patrick Gaspard, the United States ambassador to SA, articulated a flipside. The aggressive agitation of SA civil society has achieved much in the field HIV/ AIDS, as well as opening up a “democratic conversation” at various levels of society.

And, diplomatically unspoken by Gaspard, is the fact that funders are constrained also by the governments of the countries they operate in.

While African governments welcome the benefits brought by foreign donor funding, they are also wary of it. Especially when it involves NGOs that exist expressly because of a competency failure or democratic lacuna brought about by these governments themselves.

A general election, after all, is a rather crude mechanism for ensuring democracy. It is what happens between those compulsory five-yearly markers that determine how people will actually their lives. In contrast, activism can be highly effective.

That of the TAC kind involves a near-continuous mobilisation of opinion to shape government’s daily business, forcing power elites to be accountable in a way that quinquennial elections just cannot be. Such social activism is intensely threatening to many rulers, since however much they publicly bemoan voter apathy, despots – once voted in – secretly prefer their electors passive.

And that’s when they are instead engaged and stroppy, that’s the point at which the likes of Zimbabwe President Robert Mugabe and ANC Secretary-General Gwede Mantashe start shouting about imperialist “regime change” plots and pointing fingers at the funders who keep alive the pot-stirring civil society entities. The conundrum then is for funders and activists to balance a meaningful social activism that can light a fire under the backside of indolent and incompetent rulers, without sparking a political conflagration.

THIS IS AN OPEN ACCESS ARTICLE, FREE TO REPUBLISH, WITH ACKNOWLEDGMENT TO MEDICALBRIEF IF POSSIBLE