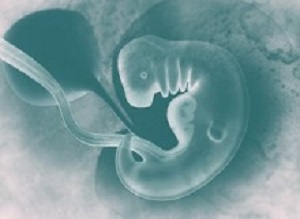 An independent UK inquiry into the ethical issues surrounding genetically altering a human embryo has found there is ‘no absolute reason not to pursue it’.

The inquiry by the Nuffield Council concludes that any invention should be guided by two key principles: the welfare of the future individual; and the welfare of society.

But, BBC News reports, the inquiry said that appropriate measures must be put in place before it becomes UK law, which calls for further research both medically and socially. Inquiry chair, Professor Karen Yeung, said: “The implications for society are extensive, profound and long-term.”

The report says the use of genome editing in embryos for assisted reproduction in humans is currently prohibited by UK law, but is permitted in some research. Scientists can do gene editing on discarded IVF embryos, as long as they are destroyed immediately afterwards, for example.

Heritable genome editing could be used to wipe out genetic diseases in certain families by deleting or permanently changing any troublesome code in embryos, or the sperm and egg. But, the report says, the field is attracting controversy over concerns it is opening the door to designer babies.

Commenting on the Nuffield Council of Bioethics’ review of genome editing, Dr David King, director of Human Genetics Alert, said: “This is an absolute disgrace. We have had international bans on eugenic genetic engineering for 30 years. But this group of scientists thinks it knows better, even though there is absolutely no medical benefit to this whatever. The Nuffield Council doesn’t even bother to say no to outright designer babies. The people of Britain decided 15 years ago that they don’t want GM food. Do you suppose they want GM babies?”

The report says the independent inquiry by the Nuffield Council concludes that any invention should be guided by two key principles: the welfare of the future individual; and the welfare of society. The Council stated that the use of heritable genome editing “should not increase disadvantage, discrimination or division in society”.

Director of the Nuffield Council Hugh Whittall said consideration needed to be given to groups whose conditions might be “edited out” of the population by the removal of a genetic variant. The Council have called for a broad and inclusive societal debate, with as many voices as possible heard.

The report says CRISPR, a biological system for altering DNA, was discovered in 2012. It can be used by scientists to make precise changes to DNA. CRISPR scans the genome looking for the right location and then uses the Cas9 protein as molecular scissors to snip through the DNA. Scientists have been using it in the lab to target and cut out faulty DNA in human cells that cause illness.

While effective, the process is less than perfect and can cut out too much DNA, the report says experts have found. These unwanted or “off-target” edits could, theoretically, alter other important genes – inadvertently triggering cancer, for example.

In the near future, it might be possible to correct the DNA of embryos carrying the gene for Huntington’s disease or cystic fibrosis. But arguably, the most controversial aspect of gene editing concerns the potential to introduce changes to the germline – DNA alterations that would pass down the generations.

The report says the Council also recommended further research to be carried out “to establish standards of clinical safety”.

A recent study by scientists at the Wellcome Sanger Institute, suggests the CRISPR/Cas9 gene editing can cause greater genetic damage in cells than previously thought, and advised gene therapy scientists to proceed “with caution”. And members of the Nuffield Council working group are clear that the science still had “some way to go” saying it could be up to 20 years before heritable genome editing becomes a feasible option.

“It is important to stress that there is still great uncertainty over what genome editing may be able to achieve,” said Professor Yeung, professor of law, ethics and informatics at the University of Birmingham.

Even once legalised, the Council have recommended genome editing should only be licensed on a case-by-case basis and under strict regulation and monitoring. “No change will happen overnight,” said Whittall

“This report is not a full stop. It plays into an ongoing – and international – discussion.”

Abstract
CRISPR–Cas9 is poised to become the gene editing tool of choice in clinical contexts. Thus far, exploration of Cas9-induced genetic alterations has been limited to the immediate vicinity of the target site and distal off-target sequences, leading to the conclusion that CRISPR–Cas9 was reasonably specific. Here we report significant on-target mutagenesis, such as large deletions and more complex genomic rearrangements at the targeted sites in mouse embryonic stem cells, mouse hematopoietic progenitors and a human differentiated cell line. Using long-read sequencing and long-range PCR genotyping, we show that DNA breaks introduced by single-guide RNA/Cas9 frequently resolved into deletions extending over many kilobases. Furthermore, lesions distal to the cut site and crossover events were identified. The observed genomic damage in mitotically active cells caused by CRISPR–Cas9 editing may have pathogenic consequences.

Spain and Portugal should reconsider 'turning death into a medical treatment'