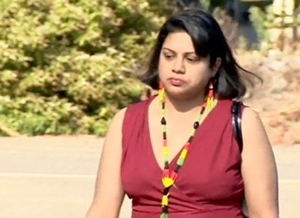 A UK optometrist who failed to spot symptoms of hydrocephalus during a routine eye test of an eight-year-old who later died has been given a two-year suspended prison sentence. The landmark case is thought to be the first conviction of an optometrist for gross negligence manslaughter, which generally involves multiple lapses over a period of time.

The Guardian reports that Honey Rose failed to notice that Vincent Barker had swollen optic discs when she examined him at a branch of Boots in Ipswich. The abnormality is a symptom of hydrocephalus – fluid on the brain – and Vincent died in July 2012, about five months after the eye test.

Rose had not looked at retinal photos taken by a colleague and failed to examine the backs of Vincent’s eyes with an ophthalmoscope, Ipswich crown court heard. According to the report, Judge Jeremy Stuart-Smith, sentencing, said that although it was a “single lapse”, the breach of duty was so serious that it was criminal.

Stuart-Smith told Rose: “You simply departed from your normal practice in a way that was completely untypical for you, a one-off, for no good reason.”

He added that there was “nothing in (Vinnie’s) general presentation that should have rung particular alarm bells for you”.

The report says Rose had tried to “cover up” her actions when she found out Vincent had died, claiming he had not co-operated and showed signs of photophobia. Judge Stuart-Smith dismissed this account as false and praised the Barker family for showing “dignity and restraint”, noting they had called for leniency in sentencing.

He said an immediate custodial sentence was not required to bring home the importance of optometrists properly discharging their duty to patients as the case had been highly publicised and had already caused great concern to the optometry profession.

A letter from the Association of Optometrists said there had been an increase in practitioners' concerns about the way they were doing their job and whether they were following procedure, said Jonathan Rees QC, prosecuting. There was no evidence that practitioners were becoming more risk-averse and referring more patients to other professions, an AoL report says the letter added.

Ian Stern QC, mitigating, described Rose's failure to examine the back of Vincent's eyes as an "inexplicable lack of action" and a "one-off". According to the report, he added that there were no overt symptoms which suggested risk in the case, and Rose thought she had completed the examination and was following a "programmed course of action". "For whatever reason, she did not look at the back of the eye," said Stern. "She had no foreseeability as to the consequences."

He said Rose had worked "extremely hard" to qualify in India before moving to the UK and qualifying as an optometrist here. "The loss of that vocation, which undoubtedly will happen when she comes before a fitness to practise panel, will affect her self-respect as someone who worked so hard to obtain those qualifications," said Stern.

The report says Rose has three children aged eight months, five years and 10. She has not worked since March 2013, and legal proceedings had hung over her for four years since she learned of Vincent's death in September 2012.

Stern added that the landmark court case had "sent shockwaves round the optometric practice". "The impact is there are innumerable questions and queries," said Stern. "They have great concerns. One of the problems with this that will affect patient care significantly is that, often as a result of something like this, optometrists immediately act in a more defensive way. Health professionals practise more defensive medicine."

He said: "Hospital waiting gets longer, patients that don't have anything much wrong with them are seen by doctors which takes up valuable NHS resources and time, and the consequence is people who are genuinely ill have to wait longer."