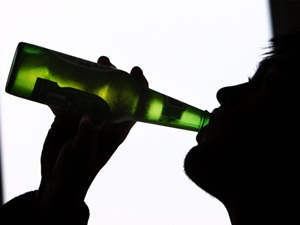 Epidemiological evidence supports a strong causal association between alcohol consumption and seven cancers. The University of Otago review also found a dose-response relationship, at least partial reversal of risk when alcohol consumption is reduced, and that the evidence that moderate drinking provides protection against cardiovascular disease is not strong.

The causal link was supported by evidence for a dose-response relationship, at least partial reversal of risk when alcohol consumption is reduced, statistical adjustment for other factors that might explain the association, and specificity of the association with some cancers and not others.

Connor’s review cites evidence that alcohol caused approximately half a million deaths from cancer in 2012, 5.8% of cancer deaths worldwide. The highest risks are associated with the heaviest drinking, but a considerable burden is experienced by drinkers with low to moderate consumption.

The review also finds the current evidence that moderate drinking provides protection against cardiovascular disease is not strong.

Abstract
Background and aims: There is increasing research evidence about the causal role of alcohol in cancer, accompanied by unclear and conflicting messages in the media. This paper aimed to clarify the strength of the evidence for alcohol as a cause of cancer, and the meaning of cause in this context.
Methods: Recent epidemiological and biological research on alcohol and cancer was reviewed and summarized, drawing upon published meta-analyses identified from the Medline database and the archives of the International Agency for Research on Cancer. More recent epidemiological studies not included in these publications were also reviewed. A brief description of the nature of causal inference in epidemiology was used to frame discussion of the strength of the evidence that alcohol causes cancer, and contrast this with the case for a protective association of alcohol with cardiovascular disease.
Results: The usual epidemiological understanding of a cause is a factor that increases the incidence of a condition in the population. In the context of a body of epidemiological evidence of an association of alcohol consumption with a disease, the inference that it is a causal association requires alternative explanations of the observed finding to be judged unlikely. Even without complete knowledge of biological mechanisms, the epidemiological evidence can support the judgement that alcohol causes cancer of the oropharynx, larynx, oesophagus, liver, colon, rectum and breast. The measured associations exhibit gradients of effect that are biologically plausible, and there is some evidence of reversibility of risk in laryngeal, pharyngeal and liver cancers when consumption ceases. The limitations of cohort studies mean that the true effects may be somewhat weaker or stronger than estimated currently, but are unlikely to be qualitatively different. The same, or similar, epidemiological studies also commonly report protection from cardiovascular disease associated with drinking but a high level of scepticism regarding these findings is now warranted.
Conclusions: There is strong evidence that alcohol causes cancer at seven sites in the body and probably others. Current estimates suggest that alcohol-attributable cancers at these sites make up 5.8% of all cancer deaths world-wide. Confirmation of specific biological mechanisms by which alcohol increases the incidence of each type of cancer is not required to infer that alcohol is a cause.

The Guardian quotes Dr Jana Witt, Cancer Research UK’s health information officer, as saying: “We know that nine in 10 people aren’t aware of the link between alcohol and cancer. And this review is a stark reminder that there’s strong evidence linking the two.”

“Having some alcohol-free days each week is a good way to cut down on the amount you’re drinking,” Witt said. “Also, try swapping every other alcoholic drink for a soft drink, choosing smaller servings or less alcoholic versions of drinks, and not keeping a stock of booze at home.”

Alan Boobis, professor of biochemical pharmacology at Imperial College London, said the science showing alcohol’s role in cancer was well established. “The main difficulty is communicating effectively with the public,” he said.

Connor’s study also found that people who smoke and drink are at even greater risk of developing cancer.

More positively, there was some evidence that drinkers who gave up alcohol could reverse their risk of laryngeal, pharyngeal and liver cancer, and that their risk reduced the longer they avoided alcohol, Connor’s research found.

Elaine Hindal, CEO of Drinkaware, the alcohol industry-funded education charity, agreed that drinking and cancer risk were closely linked. “Regularly drinking more than the government’s low-risk guidelines puts you at increased risk of some types of cancer, and can also increase your risk of heart and liver disease, strokes and pancreatitis,” she said. “Smoking and drinking together increases your risk of developing throat and mouth cancer more than doing either on their own.”

People drinking more than the recommended limits should cut down in order to safeguard their future health, she added.