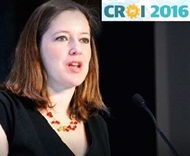 A study in KwaZulu-Natal, South Africa, evaluating the social networks as well as clinical and genotypic data from individuals with extensively drug resistant tuberculosis (XDR-TB) has concluded that transmission – in both hospitals and households – has been the primary driver of the XDR-TB epidemic in the province, according to a presentation at the annual Conference on Retroviruses and Opportunistic Infections (CROI 2016) in Boston.

"We identified epidemiologic links, either person-to-person or hospital-based, for 30% of study participants, indicating that transmission is happening in both community and healthcare settings," presenter Sara Auld of Emory University said.

Alarmingly, the findings also suggest that there could be a large pool of latent XDR-TB in the community that could still become active disease – the epidemic is far from over. The risk posed by ongoing transmission of the drug-resistant strains highlights the need for better TB prevention and focusing on improving infection control.

XDR-TB involves resistance to a minimum of four of the most potent first- and second-line TB drugs. Its treatment is complex, costly, can cause severe side-effects and is successful only about a quarter of the time.

South Africa has one of the world's highest burdens of TB and drug-resistant TB, compounded by the concurrent HIV epidemic. In 2006, there was an outbreak of XDR-TB detected at a rural hospital in Tugela Ferry in KwaZulu-Natal, which drew widespread international attention due to its extremely high mortality rates, which ranged from 50 to 80%.

TB drug resistance generally evolves due to inadequate treatment regimens or incomplete adherence to treatment, but once a drug-resistant strain emerges, it can be spread by airborne transmission from person to person. Determining how XDR-TB cases are occurring can help public health officials more effectively prevent the disease. If drug-resistant TB is evolving, more resources should be devoted to adherence support and better TB regimens, but if it is being transmitted, health departments should focus on early diagnosis and better infection control measures to prevent its onward spread.

At last year's CROI, Auld and her colleagues shared data showing that 69% of the people with XDR-TB in their study had never been treated for multidrug-resistant (MDR) TB – which meant that they would never have had the opportunity to develop resistance to second-line drugs – and therefore had to have contracted an XDR-TB strain via transmission. Genotypic data showed that 84% of the cohort had a matching genotype with another study participant, which again is an indication of transmitted resistance. Knowing this, the researchers decided to perform a cross-sectional study in order to characterise where and how XDR-TB was being transmitted.

The study enrolled people diagnosed with XDR-TB, as determined by culture and drug-susceptibility testing, in KwaZulu-Natal from 2010 to 2014. Participants, or if deceased their family members, were interviewed about basic demographics, and previous TB and HIV history. They also completed a social network questionnaire in which they named all of their contacts at home, work and any other location where they spent more than two hours each week, and were asked to report the TB status of their contacts. Additionally, they were asked to report all hospitalisations in the five years before the interview.

TB isolates from all participants underwent genotyping with targeted sequencing of gene regions commonly involved in resistance. Whole genome sequencing was also performed on the isolates.

Between August 2011 and November 2014 there were over 1,000 cases of XDR-TB diagnosed in KwaZulu-Natal. The study included 404 of these – more than half (59%) of study participants were women and the median age was 34. About three-quarters of participants were living with HIV, of whom 76% were receiving antiretroviral therapy at the time of study enrolment. The median CD4 count was 340 cells/mm3 and half had suppressed viral load – 11% were deceased at the time of study enrolment.

In the social network analysis, the 404 study participants named 2901 contacts, with a median of seven contacts per participant. The vast majority (79%) of these contacts were from their homes, but many were also from the workplace and other locations such as churches and schools. Ten per cent (293) of the named contacts had prior or current TB and 25 were reported as having XDR-TB. Person-to-person epidemiologic links were identified for 59 (15%) participants. Auld described one example of a contact network in one large family spread out over three separate households. The genotypic data showed that their XDR-TB strains were identical or very closely related.

Looking at the hospital networks, close to 80% of participants reported a hospitalisation during the previous five years. Nearly a third had been hospitalised at more than one hospital. Overall, participants had stayed at 54 hospitals across the province, and the mean length of stay was 2.9 months.

Nearly 40% of participants were hospitalised prior to collection of their XDR-TB diagnostic sample during a "vulnerable" period. The stays of about half of these participants (18%) overlapped with other study participants.

Clearly this does not explain all of the transmission linkages, but the study was not able to enrol even half of the people with XDR-TB diagnosed in the province and many XDR-TB cases probably went undiagnosed, as patients may have died before being diagnosed.

"XDR-TB remains prevalent and widespread in KwaZulu-Natal, South Africa, despite effective HIV programmes with good virologic suppression in our cohort," said Auld, "and our data also point to a large potential pool of future XDR-TB as the 404 enrolled study participants had many named contacts and hospitalisations."

In order the curb the epidemic, Auld believes the province must focus on improving infection control by: early identification, diagnosis and treatment of people with drug-resistant TB; providing universal access to drug susceptibility testing; redesigning healthcare facilities to improve isolation; and contact investigations for new cases.

"Lastly, there is an urgent need for research on treatment regimens for latent XDR-TB, as preventive treatment will be critical to controlling this epidemic," Auld said.

Abstract
Transmission of drug-resistant TB threatens gains in global TB and HIV control, particularly in high-burden settings such as South Africa. Recent data suggests the majority of drug-resistant cases worldwide arise due to transmission, however, studies are needed to characterize the nature (e.g., location, timing) of transmission. In KwaZulu-Natal province, South Africa, we have demonstrated that up to 83% of XDR TB cases are genotypically-clustered, using IS6110 RFLP and targeted gene sequencing, suggesting person-to-person transmission is driving the XDR TB epidemic in this high-HIV prevalence setting. In the current study, we employed social network analysis to further characterize patterns of transmission.
We enrolled patients diagnosed with XDR TB by culture and drug-susceptibility testing in KwaZulu-Natal from 2010–2014. Patients were interviewed at the time of diagnosis about their social networks at home, work, and other community locations, as well as about hospitalizations in the five years preceding their XDR TB diagnosis. An epidemiologic link was defined as two participants having either a social network connection or overlapping admission at the same hospital.
Among 404 patients with XDR TB, the median age was 34 (IQR 28–43) and 58% were female. 311 (77%) patients were HIV-infected, with a median CD4 count of 255 cells/mm3 (IQR 117–431); 177 (57%) were on ART at the time of their XDR TB diagnosis and 155 (88%) had an undetectable viral load. Epidemiologic links were identified for 287 (71%) patients. 83 (21%) patients were linked as social network contacts; of these, 92% lived in the same home, 4% worked together, and 4% spent time together in a congregate setting (e.g., church, bar). 267 (66%) patients overlapped with other XDR TB patients in the hospital, 66 of whom were hospitalized at more than one hospital. There were 63 (16%) patients with both hospital and social network links to other XDR TB patients, four of whom are depicted in Figure 1.
The XDR TB epidemic in this high HIV prevalence setting in South Africa is being driven by direct transmission of drug-resistant TB strains in both hospitals and households. Social network analysis has provided valuable insights into the multitude of interactions associated with transmission. This more comprehensive understanding is important for designing interventions that both limit exposure in hospitals and focus contact tracing efforts to households where the majority of transmission is occurring.