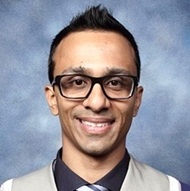 For the past eight years, Kenyan Dr Michael Rebeiro has been treating South African patients for free while he specialised as a plastic surgeon at Wits University. The Department of Health does not allow non-South African registrars (trainee specialists) to be paid while they specialise, despite the fact that they work in government hospitals and treat patients.

But, reports Health-e News, now that Rebeiro has qualified as a plastic surgeon, the Health Professions Council of SA (HPCSA) does not want to register him unless he repeats his undergraduate degree, possibly also including a further two years' unpaid community service at the level of a medical officer (ordinary doctor).

"This decision is not acceptable. I have been without a salary for eight years, all the time while treating patients and supervising junior doctors," said a frustrated Rebeiro. "My wife, who is an architect, has been supporting me all this time. Both my sons have grown up in South Africa and we have been here for so long that we all have permanent residency, so we are locals in every respect. I have appealed to the HPCSA and haven't heard anything except that I don't qualify to be registered because I did my undergraduate degree elsewhere."

Rebeiro qualified as a doctor at Makarere University in Uganda, the oldest medical school in east Africa. He then completed the British licensing exam and worked at London's Royal National Orthopaedic Hospital. But he always wanted to specialise in plastic surgery, which he finally managed to do at Wits University after first starting a specialisation in general surgery at the University of Cape Town.

In a reference letter for Rebeiro to the HPCSA, Professor Elias Ndobe, head of plastic and reconstructive surgery at Wits University, wrote: "We are in dire need of more specialists in this country in general, and in my institution in particular. I cannot recommend a more worthy candidate for registration." Meanwhile, Professor Tim Christofides, described Rebeiro as "a hard and effective worker" in his reference letter. "His work ethic is second to none and the care he provides to his patients is of a very high standard," says Christofides, a plastic surgeon at Sunninghill Hospital in Johannesburg who supervised Rebeiro while he was a registrar at Charlotte Maxeke Hospital.

Christofides adds that Rebeiro has valuable medical knowledge that could be passed on to other registrars, and Rebeiro confirms that he has had two job offers from South African universities. "The HPCSA's rules need to be uniform and they need to make sense," says Rebeiro. "There is a lot of unfairness. I personally know of an Australian doctor who managed to get registered in six weeks."

After a 12-day delay, HPCSA communication manager Priscilla Sekhonyana sent the following response: "Please note that on 18 September 2015, in a meeting with the HPCSA official, the registration process was explained to Dr Rebeiro and on 21 September 2015, Dr Rebeiro acknowledged receipt of the email informing him that the matter will be on the agenda on the next board meeting (date still to be determined) and he will be informed if he should provide any further information."

In March, Health Minister Aaron Motsoaledi appointed a task team to investigate the HPCSA, saying that he had "received a lot of complaints about governance, efficiency, effectiveness and sometimes even the competency of the management of the HPCSA". Task team chair Professor Bongani Mayosi confirmed that the task team had recently completed its work, which included public submissions, and handed a report to the Minister.

May 12th, 2021
The World Health Organization (WHO) has announced that the triple-mutant B.1.617, known as the India variant,...
News Update

Feb 24th, 2021
Government estimates that total funding for COVID-19 vaccines could come to R19.3bn, and it is prepared to...