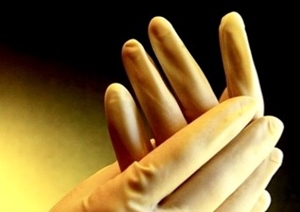 An evidence review and screening trial found that in most cases, it is time to abandon the digital rectal exam (DRE) if a prostate specific antigen (PSA) test is done. 'When PSA testing is used, the DRE rarely assists in diagnosing significant disease … [and] should be abandoned in common clinical practice,' said study author Dr Ryan Terlecki of Wake Forest School of Medicine.

The dreaded finger exam to check for prostate cancer used to be a mainstay of check-ups for older men. With its value now in question, some doctors share the risks and benefits with their patients and let them decide. So, should they or shouldn’t they?

“The evidence suggests that in most cases, it is time to abandon the digital rectal exam (DRE),” said Dr Ryan Terlecki, a Wake Forest Baptist urologist. “Our findings will likely be welcomed by patients and doctors alike.”

Terlecki said the DRE, referred to by some urologists as a “clinical relic,” subjects a large number of men to invasive, potentially uncomfortable examinations for relatively minimal gain. In addition, it may deter some men from undergoing any test for prostate cancer.

The issue Terlecki’s team explored was whether the DRE is needed when another more accurate test that measures prostate-specific antigen (PSA) in the blood is available. PSA is a protein that is often elevated in men with prostate cancer.

“Many practitioners continue to perform DRE in attempts to identify men with aggressive prostate cancer who could die from the disease,” said Terlecki. “In the era of PSA testing, we wanted to explore whether it’s time to abandon the digital exam.”

To reach their conclusion, Terlecki’s research team reviewed both medical literature and the results of a nationwide screening trial in which 38,340 men received annual DRE exams and PSA tests for three years. They were then followed for up to 13 years.

Of interest to Terlecki’s team were the 5,064 men who had a normal PSA test but an “abnormal” DRE. Only 2% of these men had what is known as clinically relevant prostate cancer, which means it may need to be monitored or treated.

“The DRE does capture an additional small population of men with significant prostate cancer, but it also unnecessarily subjects a large number of men to the test,” he said.

Until 2012, men over 50 (age 40 for African-Americans) were urged to have both DRE and PSA tests annually. That was before the US Preventive Services Task Forces recommended against routine PSA testing because it could lead to over-treatment of slow-growing, non-harmful tumours. The panel did not address DRE, which was the primary method of detecting prostate cancer prior to the blood test.

As a result of the task force’s recommendation, there has been confusion and controversy about whether men should be screened for prostate cancer. Some organisations recommend against any screening and others recommend PSA screening, but only if men are counselled about the potential benefits and risks.

In previous studies, PSA had been shown to outperform DRE in detecting significant disease. The current analysis confirmed that PSA is superior to DRE as an independent screen for prostate cancer. PSA testing detected 680 cases of significant cancer, compared to 317 cases for DRE.

There is still a place for DRE testing for certain patients, Terlecki said. For example, a patient with abnormal PSA who is “on the fence” about having a biopsy, may feel more comfortable proceeding with the procedure if a DRE is also abnormal, he said.

Abstract
Objective: In 2012 the US Preventive Services Task Force released recommendations against prostate specific antigen (PSA) based screening for prostate cancer, but did not fully address screening via digital rectal exam (DRE). As such, many practitioners continue to perform DRE in attempts to identify men with clinically significant prostate cancer (CSPC). This study seeks to determine the value of DRE in detecting CSPC in the era of PSA-based screening.
Methods: Data from the Prostate, Lung, Colorectal, and Ovarian (PLCO) Screening Trial, a nationwide population-based study evaluating cancer screening programs and their impact on cancer mortality, was analyzed for PSA, DRE, and cancer status. In the screening arm of the PLCO, 38,340 men received annual PSA and DRE examinations for the first 3 years. Those with an abnormal test result were referred to their individual care provider for biopsy. The ability of DRE to detect CSPC, defined as intermediate risk or higher based on National Comprehensive Cancer Network guidelines and age ≤75, was evaluated in the context of both normal and abnormal PSA.
Results: A total of 5064 men had abnormal DRE in the setting of normal PSA, of whom 99 (2%) were diagnosed with CSPC. When both PSA and DRE were abnormal, 218 (20%) participants were diagnosed with CSPC (RR = 2.06 [1.78–2.39] versus abnormal PSA alone).
Conclusions: DRE screening in the setting of normal PSA captured an additional 2% of men with CSPC. This incremental gain suggests that routine DRE screening subjects a large number of men to invasive, potentially uncomfortable examinations for relatively minimal gain.
Key limitations: Our conclusions are based on data derived from the PLCO study which has been criticized on the basis of inconsistent biopsies following positive screening tests, lack of end of study biopsies to determine population disease burden, and low numbers of black men.