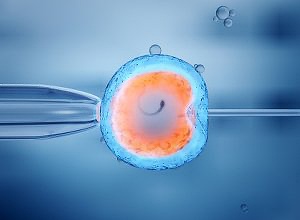 Over the past three decades, there’s been a 20-fold increase to in-vitro fertilisation (IVF)  treatment for UK women in their 40s, who now comprise one in five of all cases, reports The Telegraph.

The latest data rom the Human Fertilisation and Embryology Authority (HFEA) also shows that cases involving single women had tripled, while those in same-sex relationships quadrupled.

The HFEA data shows a steady rise in the total numbers undergoing fertility treatment, with more than 1.3 million cycles carried out in total since 1991.

Cases in Scotland have better chances of NHS funding, with 62% of cycles funded compared with just 32% in England, and the East of England singled out as least likely to provide funding. Just 20% of cycles in that region were funded, while just 25% in Yorkshire were funded and 31% in the South East of England.

According to The Telegraph, The HFEA report noted a gradual shift in the number of older women having IVF over the past 20 years: 58% of IVF cycles involved patients under 35 in 1991, dropping to 40% in 2019.

The HFEA said birth rates for patients under 43 had improved year-on-year, and that in 1991, patients aged 35 to 37 had a live birth rate per embryo transferred of 6%. This rose to 25% in 2019 due, said HFEA chairwoman Julia Chain, to the "many positive changes in the treatment of patients" since the regulator was set up in 1991, "with birth rates increasing, multiple birth rates falling and treatment becoming safer”.