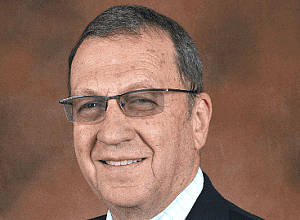 The dispute between leading scientists in academia and the Ministerial Advisory Committee on Vaccines' Prof Barry Schoub, continued this week in the SA Medical Journal, with a rebuttal to an editorial by Schoub where he attacked the critics of the rollout for their “loathsome … distasteful, uncalled-for, and damaging activity”, writes MedicalBrief.

The scientists, from the universities of the Witwatersrand, Cape Town and KwaZulu-Natal, have responded to Schoub, reiterating that South Africa’s vaccine strategy is being decided “without appropriate levels of transparency, by individuals with a track record of questionable decision-making. All this within the context of a vaccine strategy that is woefully behind schedule, even when measured against other African countries.”

We considered a detailed rebuttal of (Professor Barry) Schoub’s many scientific errors in his response to our editorial. However, it is enough to say that the original arguments remain unaddressed – including the scientific, economic and ethical issues and why South Africa is not following World Health Organisation advice. This is alarming considering his position in leading the Ministerial Advisory Committee on Vaccines (MAC-Vac) and his misrepresenting our argument as “give it a try”.

However, we take specific issue on one point.

Claiming that we are somehow damaging public trust and fuelling vaccine hesitancy is a remarkable assertion – given the lack of transparency (“regrettable”, in his words) regarding the government’s decision-making, the poor communication, the pharmaceutical deals behind closed doors, and the delayed vaccine roll-out, all of which are self-evident indictments of government leadership.

Schoub appeals for us to approach him directly rather than approaching the “media”. The media in this instance refers to the SAMJ, SA’s highest-impact medical journal. It is, however, entirely appropriate to question government conduct in public when decisions reached and implemented have significant implications for the public at large. Furthermore, the public is not presented with the rationale for decisions of substantial public interest, and the MAC-Vac advisories are still not public. On top of multiple public pleas for this, by ourselves and others, the Health Justice Initiative has written to him, the head of the main MAC and the Department of Health to release the advisories. No response was received from Schoub or the main MAC, and the advisories are still not in the public domain.

We acknowledge an error in reference 6, introduced during editing by the journal and now corrected, but stand firmly by our statement that there is extensive evidence of efficacy against variants, further references for which were in the original editorial. An exhaustive and updated review on the topic has also recently been produced.

Schoub’s response remains a distraction from a bigger problem. The country’s vaccine strategy is being decided without appropriate levels of transparency, by individuals with a track record of questionable decision-making. All this within the context of a vaccine strategy that is woefully behind schedule, even when measured against other African countries. By this point South Africa should have been in the midst of a government roll-out at scale instead of still waiting for the first dose to be administered.