Africa Check puts together the numbers on doctor-patient ratios 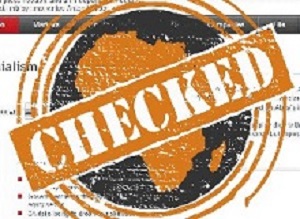 The fact-checking organisation Africa Check looks at doctor-patient ratios in both public and private healthcare, following criticism by the Treatment Action Campaign that the ill were being turned away from public facilities because there aren't enough doctors.

The council that gives foreign-qualified doctors permission to practise in South Africa continues to frustrate these professionals, the Treatment Action Campaign (TAC) has reportedly said. TAC general secretary Anele Yawa is quoted as saying that the Health Professions Council of South Africa’s registration procedures “are flawed and unnecessary”. And, Yawa added, with South Africa introducing universal health care, these processes were “an insult” to patients turned away from public facilities because there weren’t enough doctors.

Africa Check, in a report on the Polity site, looks at both figures to discover if healthcare inequality in South Africa is this bad.

Africa Check says: “Yawa told Africa Check that he meant both general practitioners and specialists. He shared a document that showed there were 165,371 qualified health practitioners in South Africa. Of these, 38,236 were doctors.

“We traced the 165,371 figure to the HPCSA’s 2011/2012 annual report, but it did not differentiate between the public and private healthcare sectors. The health council does not work out doctor to patient ratios, spokesperson Priscilla Sekhonyana said.

“Both Yawa and Sekhonyana referred us to the national Health Department.

“To find the most recent estimates of doctor to patient ratios in the public sector, Health Department spokesperson Popo Maja suggested we look at the South African Health Review (SAHR).

“This annual peer-reviewed journal analyses health systems in South Africa. It is published by the Health Systems Trust (HST), an organisation that focuses on the country’s health policy and development. The latest edition was published in May 2017.

“In data from government’s personnel administration system (Persal), HST researchers found there were 14,036 general practitioners and 4,737 specialists on the state’s payroll at the end of March 2016.

“The medical aid coverage rate of 17.5% was calculated against the 2016 population of 55.9m to get 9.78m people on medical aid. This meant the difference – an estimated 46.12m people- relied on public health facilities.

“Although data from two different years was used, the share of the population covered by medical aid didn’t change much, Candy Day, a technical specialist with HST, is quoted as saying. ‘The percentage medical scheme coverage varies a bit by year and between sources but has overall remained remarkably similar and stagnant over a long time at around 16%,’ said Day.

“Using this coverage data, the HST then estimated that South Africa had a ratio of 40.7 doctors – both general practitioners and specialists – per 100,000 people. This was one doctor for 2,457 people in the public healthcare sector, Day said.

“But Day added that the estimate had not considered ‘use across sectors (that some insured people use public sector services and vice versa) as that introduces even more assumptions and uncertainties’.

“With data pointing to one state-employed doctor for every 2,457 people not covered by medical aid, we rate the claim of ‘one doctor to over 4,000 patients’ in the public healthcare sector as incorrect.

“The Health Systems Trust did not estimate private sector ratios because there wasn’t ‘reasonably accessible or available data’, Day said.

Most doctors in private healthcare each have a practice code number that allows them to claim from medical aid schemes, Dr Mzukisi Grootboom, the chair of the South African Medical Association, said.

“The list of doctors with these identification numbers is administered by the Board of Healthcare Funders. ‘So, you can find the private practitioners (on the list), but some colleagues do practise (both) in the private and public sector,’ Grootboom said.

“Not all doctors working in the private sector are registered on this system, Lamees Scholtz, the head of the practice code numbering system at the board, said. The organisation’s head of research, Charlton Murove, said that in December 2017 they had ‘approximately 13,000’ general practitioners and 8,000 specialists on their books.

“To estimate the number of people on medical aid, the organisation rounded up the 8,878,081 beneficiaries recorded in the Council for Medical Schemes’ 2016/17 annual report to 9m people. This yielded a ratio of 429 people per doctor. “It must be noted that the same doctors (GPs and specialists) may be seeing cash-paying patients, which will therefore increase the ratio significantly,” Murove said. It is difficult to estimate how many of these patients are there, he said.

“Practice code numbers are not open to the public and the number of doctors and specialists was provided to us on request.

“The most recent publicly available data can be found in the Competition Commission of South Africa’s preliminary health market inquiry findings. Released in July 2018, it found an estimated yearly average of 1.75 doctors per 1,000 patients in the private sector between 2010 and 2014. This is calculated to be one doctor per 571 patients. We have asked the commission if they have more recent data and will update this report with their response.

“The Treatment Action Campaign claimed there was ‘one doctor to over 4,000 patients’ in the public healthcare sector and ‘one doctor to less than 300 patients’ in private care in South Africa. This was to highlight a need to reform the system that allows foreign doctors to practise in the country.

“The most recent data estimates one government-employed doctor for every 2,457 people not covered by medical aid. In private care, one medical aid-registered doctor sees between 429 and 571 people.

“We therefore rate both claims as incorrect.”

Don’t tell anyone that children are dying

Political, not legal, threat from US abortion row