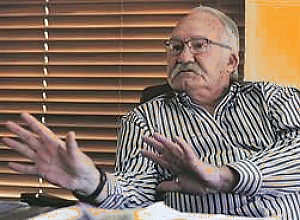 The Pretoria News reports that the mother, who is not identified in order to protect the identity of the child, said that if she had known she was carrying a baby with Down's, she would have opted for an abortion. She said Engelbrecht was negligent for not establishing the disability during her pregnancy.

The parents claimed that they were not given adequate information regarding genetic screening. They also alleged that the Engelbrecht had not done the proper tests to detect any abnormality with the foetus.

The mother testified that she went to Engelbrech in April 2011. He did an ultrasound and all seemed well. She returned the following month when the specialist said he would, among other things, check for Down’s syndrome by doing a scan and measuring the thickness of the baby's neck.

Blood tests were done the following month, but the mother said the results were not discussed with her. The doctor, on the other hand, said he did discuss the results, which showed a low risk for Down’s.

The parents failed in their first attempt to hold the gynaecologist liable in, after instituting a claim for wrongful birth, suing for the damages incurred in having to raise, maintain and care for their permanently disabled daughter.

Then the case went before a full bench of Gauteng High Court (Pretoria), where the parents challenged Engelbrecht on the supposed non-disclosure of his “failure rate” in conducting first trimester screenings. In support of Engelbrecht, an expert witness had said that it was not expected of a reasonable obstetrician to keep a “score card” or to keep track of the statistics of his “failure rate”.

The Gauteng High Court confirmed the dismissal of the claim. Judge Natvarlal Ranchod was quoted in Rapport as saying that “not even the world’s best gynaecologist” would have been able to detect the defect.

Experts had testified that the tests widely used by gynaecologists to confirm the absence of Down's are 99.98% accurate in the first trimester and a 99.96% accurate in the second trimester. The child was one of only four in 10,000 who underwent the screening tests and the defect was not detected. The court thus confirmed an earlier judgment dismissing the damages claim.

A screening test provided for an odds ratio that the unborn baby may suffer from the condition, but it was not guaranteed that the foetus did not have it. Only if the screening tests indicated the possibility of Down Syndrome was the higher risk diagnostic test recommended.

The mother, in this case, had not opted for the diagnostic test.

Pretoria gynaecologist not liable for failure to detect Down’s syndrome