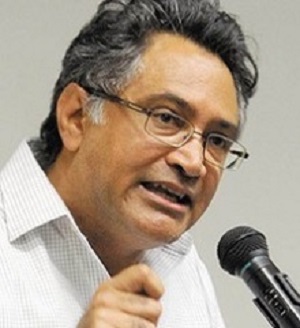 The University of Cape Town will award an honorary doctorate to social activist Zackie Achmat for his contribution to social justice. According to the acting vice-chancellor Professor Hugh Corder: “Achmat’s life work exemplifies UCT’s values which seek the fostering of an institutional culture that protects and advances the transformative values of the Constitution, and promotes a more equitable and just society based on respect for human rights and human dignity.”

Skills Portal reports that the celebrated activist is best known for his participation in the Treatment Action Campaign where he advocated for the provision of antiretroviral treatment to HIV/Aids suffers. He also played a pertinent role in promoting gay and lesbian rights in South Africa, eventually becoming co-founder of the National Coalition for Gay and Lesbian Equality.

More recently Achmat has been instrumental in a wide range of social transformation movements such as Equal Education, the Social Justice Coalition, Ndifuna Ukwazi and Reclaim The City. In so doing he has deepened his support for schools, policing, sanitation infrastructure and access to urban land.

The report says his contribution to civil society has included the advocacy of both local and international issues pertaining to human rights, speaking out specifically against acts of dictatorship and homophobia on the African continent and around the globe. Throughout his lifetime he has delivered his messages and initiated change through writing, film production and public speaking.

“He is indeed a worthy recipient of this honour.” said Corder.

The report says Achmat will receive the award during a graduation ceremony scheduled for Friday, 14 July 2017.