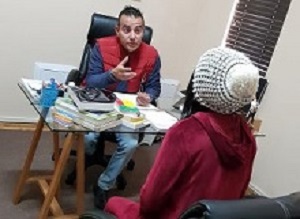 It's not often that patients have the luxury of paying what they can afford when they visit a doctor. But, says a News24 report, one Bloemfontein doctor, who just opened his doors a few weeks ago, is hoping to change people's lives whether they can afford R10 or R500.

The report says Dr Paulo de Valdoleiros, 56, who has been nicknamed the Walk-In Doctor, has created a social frenzy in the city since opening his doors on 17 June. Patients who have used his services have walked in, been examined; and were asked to pay what they can afford.

Valdoleiros, who enrolled to study medicine at the University of the Free State at the age of 45, said it had been his lifelong dream to study toward the degree, but because of personal circumstances, it took him until his 40s to achieve this. He eventually graduated at age 51. "We came from Mozambique in 1974, and I was 14. We lost everything there, so we had nothing. I finished school here, and there was no money to study, even during school, I started working part-time at the age of 15 after school.

"I turned 45, and I said that's it, I want to try at least to get in and study medicine so that I won't die without having even tried, the rest is history," he said.

The report says while Valdoleiros cannot officially call himself the Walk-In-Doctor as it was trademarked by another doctor in George in the Western Cape, it has not deterred him. Since getting his practice up and running, he has seen over 50 patients. The amounts paid for the consultation have ranged from R10 to R500, which is perfectly fine for Valdoleiros because that is what they can afford.

"My staff is well-instructed, and the only answer they will give you when a patient asks how much to pay is: 'You pay what you can afford,'" Valdoleiros said.

According to the report, he said his primary aim was to change people's lives and the money was secondary. "In terms of how I will live, to me, it is a matter of adapting my life to my income and not the other way. You cannot adapt to your life but your life to the income. The purpose is to take care of people. The money will follow."

"Our first week, we had 10 patients for the whole week. The third week, last Monday, we had 20, and then we had 22. I can cater to roughly about 20 patients a day because I spend quite a lot of time with them," he said.