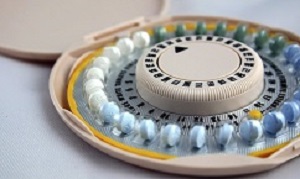 Women who have taken the oral contraceptive pill are protected from some types of cancer for as long as 30 years after they stopped taking it, according to research from the University of Aberdeen. Those who have used the pill “during their reproductive years” are less likely to have bowel cancer, endometrial cancer or ovarian cancer than women who had never taken it.

The longest-running study in the world into the effects of taking the contraceptive pill also looked at the risk of all types of cancer in women who have taken the pill, reports The Guardian.

Results showed that using the pill during their reproductive years does not produce new cancer risks later in life – the time when more cancers occur.

Established by the Royal College of General Practitioners’ in 1968, the Oral Contraception Study has the primary aim of investigating the long-term health effects of oral contraceptives.

These latest findings, led by Dr Lisa Iversen, relate to 46,000 women, followed for up to 44 years, creating more than 1.2m woman-years of observation. Iversen, research fellow in the Institute of Applied Health Sciences at the University said: “Because the study has been going for such a long time we are able to look at the very long term effects, if there are any, associated with the pill.

“What we found from looking at up to 44 years’ worth of data, was that having ever used the pill, women are less likely to get colorectal, endometrial and ovarian cancer.

“So the protective benefits from using the pill during their reproductive years are lasting for at least 30 years after women have stopped using the pill.

“We were also interested in what the overall balance of all-types of cancer is amongst women who have used the pill as they enter the later stages of their life. We did not find any evidence of new cancer risks appearing later in life as women get older.

“These results from the longest-running study in the world into oral contraceptive use are reassuring. Specifically, pill users don’t have an overall increased risk of cancer over their lifetime and that the protective effects of some specific cancers last for at least 30 years.”

The study, which has received funding from bodies including the Medical Research Council, Imperial Cancer Research Fund and the British Heart Foundation, published its latest findings in the American Journal of Obstetrics and Gynaecology.

Abstract
Background: Oral contraceptives have been used by hundreds of millions of women around the world. Important questions remain regarding the very long-term cancer risks that are associated with oral contraception. Despite previous research, important questions remain about the safety of these contraceptives: (1) How long do endometrial, ovarian, and colorectal cancer benefits persist? (2) Does combined oral contraceptive use during the reproductive years produce new cancer risks later in life? (3) What is the overall balance of cancer among past users as they enter the later stages of their lives?
Objectives: The purpose of this study was to examine the very long-term cancer risks or benefits associated with the use of combined oral contraceptives, including the estimated overall life-time balance.
Study Design: The 46,022 women who were recruited to the UK Royal College of General Practitioners’ Oral Contraception Study in 1968 and 1969 were observed for up to 44 years. Directly standardized rates of specific and any cancer were calculated for “ever” and “never” users of combined oral contraceptives; data were standardized for age, parity, social class, and smoking. Attributable risk and preventive fraction percentages were calculated. Poisson regression that adjusted for the same variables was used to estimate incidence rate ratios between ever and never users and to examine effects by time since last oral contraceptive use.
Results: There were 4661 ever users with at least 1 cancer during 884,895 woman-years of observation and 2341 never users with at least 1 cancer during 388,505 woman-years of observation. Ever use of oral contraceptives was associated with reduced colorectal (incidence rate ratio, 0.81; 99% confidence interval, 0.66–0.99), endometrial (incidence rate ratio, 0.66; 99% confidence interval, 0.48–0.89), ovarian (incidence rate ratio, 0.67; 99% confidence interval, 0.50–0.89), and lymphatic and hematopoietic cancer (incidence rate ratio, 0.74; 99% confidence interval, 0.58–0.94). An increased risk of lung cancer was seen only among ever users who smoked at recruitment. An increased risk of breast and cervical cancer that was seen in current and recent users appeared to be lost within approximately 5 years of stopping oral contraception, with no evidence of either cancer recurring at increased risk in ever users with time. There was no evidence of new cancer risks appearing later in life among women who had used oral contraceptives. Thus, the overall balance of cancer risk among past users of oral contraceptives was neutral with the increased risks counterbalanced by the endometrial, ovarian, and colorectal cancer benefits that persist at least 30 years.
Conclusion: Most women who choose to use oral contraceptives do not expose themselves to long-term cancer harms; instead, with some cancers, many women benefit from important reductions of risk that persist for many years after stopping.