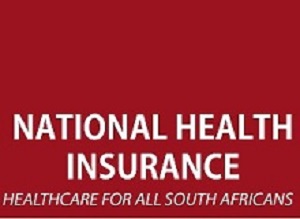 Louis Reynolds, associate professor affiliated to the paediatric department at the University of Cape Town and David Saunders, emeritus professor at the School of Public Health, University of the Western Cape write in a Daily Maverick report: “While there seems to be widespread recognition that our current health service is inequitable and that access to care must be extended to all, commentary on the National Health Insurance (NHI) Bill has generally been negative, even hostile.

“A more constructive minority feel, with justification, that while the motivation behind the NHI is good, pushing ahead with it now will destroy an already critically ill health system. There are excellent examples in Daily Maverick pieces by Ferial Haffajee, Judith February and Mark Heywood; Anneliese Burgess’ article in Vrye Weekblad; and critical comments by Professor Alex van den Heever.”

Reynolds and Saunders write that the controversy around the NHI Bill must be viewed against the background of South Africa’s profound economic, social and political crisis – a crisis characterised by failure of the democratic state under the paralysed ruling party to improve the living and working conditions of the majority and to reduce the dangerous structural inequalities inherited from (and sustained beyond) apartheid; a crumbling, dysfunctional public health sector after more than two decades of crippling public-sector austerity under neo-liberalism; an unsustainable and unregulated private health sector; and rampant, deeply entrenched corruption.

They says that while key state institutions are broken or captured, powerful vested interests resist attempts to stop the looting of national resources and tax evasion, and to hold accountable those responsible.

Reynolds and Saunders write: “Our national health crisis is a major part of all this. It is characterised by an enormous quadruple burden of disease, arising from severe structural inequality in access to the goods, services and social conditions that we all need to be healthy. These are known as the social determinants of health (SDH), and include decent housing, household food security, water and sanitation, personal safety and security, good education, decent jobs, and adequate income.

“There is compelling evidence that, to realise its objectives of universality, equity and (particularly in the South African context) social solidarity, the road to universal health coverage (UHC) must address the needs of the entire population and the whole health system from the start.”

Reynolds and Saunders make the point: “As a nation, we cannot let the health crisis continue. The current state of affairs in our health system is unsustainable and morally unacceptable: the public sector, on which most of the population depend, is under-resourced, badly managed and dysfunctional in many areas. The private sector, where resources are concentrated, is unaccountable, lacks proper regulation and is increasingly unaffordable and unsustainable.

“The NHI, with all of its faults and lack of clarity, provides a basis for a unified and equitable health system. None of its detractors have produced a viable, realistic alternative.

“Moving forward will be fraught with setbacks and arguments and it won’t be easy. But we must do what is necessary to make it work.”