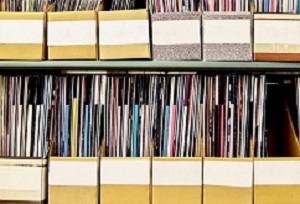 Recent years have seen the appearance of journals from mainstream publishers that are based entirely on pseudoscience. Forbes calls out the likes of BMJ, Springer and Elsevier for promoting ‘tooth fairy’ science.

Fake news has been in the news a lot lately and one might think that medical literature is immune to this kind of fakery, but writes Steven Salzberg, the Bloomberg distinguished professor of biomedical engineering, computer science, and biostatistics at Johns Hopkins University in a Forbes report, it's not.

Salberg writes: “Recent years have seen the appearance of journals from mainstream publishers that are based entirely on pseudoscience. On the surface, these publications look and act just like real scientific journals, but it's all just pretend. The publishers of these journals presumably care more about their bottom line than about scientific integrity. They know (or seem to know) that journals about pseudoscience will create a never-ending demand for fake breakthroughs and science-y sounding studies that are built on a house of cards.

“I've decided to start out the new year by calling out these fake medical journals for what they are: complete and utter nonsense. First, a bit of background.

“Imagine for a moment that a publisher created a Journal of Magical Medicine under the rubric of a large, respectable publisher–for example, Elsevier. After assembling an editorial board of academics from legitimate universities who believed in magical medicine, the journal started soliciting and reviewing papers. The editors would send any submissions for review to other academics who believed in magic, and over time a steady stream of peer-reviewed papers would emerge. A large network of magical medicine "experts" would develop, reviewing and citing each others' papers, and occasionally writing review articles about the state of the art in magical medicine.
Dr Harriet Hall has accurately called this ‘tooth fairy science.’ I prefer to call it ‘cargo cult science,’ because its practitioners mimic the behaviour of real scientists without actually understanding science itself.

“Of course, no self-respecting scientist would want to waste his or her time reading garbage, so most scientists would simply ignore the Journal of Magical Medicine. But it would persist anyway.

“These aren't the only ones, but they'll do for an illustration. I can't help pointing out that the Elsevier journal has a bonus bit of magic in its name: ‘meridians’ are a completely imaginary concept, referring to invisible lines of energy that supposedly flow through the body. This is a perfect (if unintentional) example of magical medicine. How nice that Elsevier provides a journal for people who want to study it.”

Salzberg writes: “Professor Edzard Ernst has pointed out that these journals, and others like them, are a farce: Potential authors…are invited to suggest their preferred reviewers who subsequently are almost invariably appointed to do the job…. As a result, most (I estimate around 80%) of the articles that currently get published on alternative medicine are useless rubbish.

“If anything, Prof Ernst is being overly generous. Looking over the articles published in the latest issues of these journals is painful (if you care about good science, that is). For example, the BMJ acupuncture journal features ‘needling depth at BL52 in 13 cadavers,’ an article about inserting needles into dead bodies. Why study this? Because (as the paper explains) acupuncture needles can damage the kidneys if they are inserted too deeply. There are thousands more articles like these. It's an entire ecosystem of pseudoscience.

“Let's be clear: acupuncture is ‘a pre-scientific superstition’ that has no basis in medicine, physiology or biology, and has never had any good scientific evidence to support it. It wasn't even popular in China until Chairman Mao re-invented it as part of ‘traditional Chinese medicine.’ Mao did this because China didn't have enough real doctors to treat its large population, and he wanted to convince the masses that their local herbalist was offering something just as good. China is still pushing this today, for the same unscientific reasons.

“I've been advised that I should treat acupuncturists and acupuncture believers with respect, and that I should accept that they have some legitimate claims because some patients like them. I've tried this approach, and it doesn't work: acupuncture continues to spread, in part because of very badly done studies that often misrepresent their findings. I've read enough acupuncture studies for one lifetime, and acupuncture doesn't work for anything. It's nothing more than an elaborate, theatrical placebo, performed by quacks to convince unwitting victims patients that the acupuncturists have something real to offer. They don't.

“Trying to refute the claims of acupuncture is like playing whack-a-mole. Proponents claim it cures dozens (or hundreds) of different conditions, and each time a claim falls flat, they simply make up a new one. Acupuncture also carries small but real risks to patients, who can suffer infections and sometimes much worse, such as punctured lungs.

“Elsevier, BMJ and Biomed Central should be embarrassed to publish these fake medical journals, which serve only to promote pseudoscience. Their very existence can confuse medical students, who assume (as they've told me themselves) that if legitimate-looking journals are publishing this stuff, there must be something to it.”

Salzberg writes: “Despite their appearances, the Journal of Acupuncture and Meridian Studies, Acupuncture in Medicine and Chinese Medicine are not real medical journals. They are fake journals filled with fake science, and the world would be a better place if they all disappeared.”