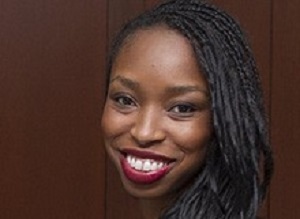 Medicine is not just about treating illnesses – it often involve understanding the necessity to say ‘no’ to further pointless treatment, writes Dr Lisa Caulley in the New England Journal of Medicine.

The sheer speed with which end-stage liver failure can consume a patient is what makes the disease so devastating, writes Dr Lisa Caulle of the Department of Otorhinolaryngology at the University of Ottawa in Canada as well as Guy’s and St Thomas’ Hospital, London; Erasmus University Medical Centre, Rotterdam; and the Ottawa Hospital Research Institute.

Caulley writes: “Unfortunately, Ms S’s family had never been informed about that reality. When they brought her in for a mere urinary tract infection, they were shocked that it took only days for her heart, lungs, and immune system to fail alongside her liver. Her family waited in hopeful anticipation for Ms S’s condition to take a turn for the better, and therefore repeatedly refused to engage in discussions about palliative care. But within 5 days, Ms S was jaundiced, encephalopathic, and unable to communicate. Her nurse told me with unwavering certainty that Ms S would die very soon, despite her family’s unwillingness to address the situation.

“‘You might not see it today, but she was such a beautiful and kind woman,’ her son reminisced, as the friends and relatives filling Ms S’s tiny hospital room nodded in agreement. ‘She deserves the best treatment.’

“As a medical student, I was used to lectures dictating clear, crisp guidelines of best medical practices, but it turned out that shades of grey often clouded ethical reasoning regarding end-of-life care. I felt myself sharing in the shock and dismay of the S family, and I wanted to do more. After discussing it with my team, I arranged a family meeting to establish an approach to care for Ms S. I was soon sitting around a table in what felt like the ultimate stand-off. In one corner, standing four strong, was the health care team consisting of representatives from internal medicine, palliative care, critical care, and hepatology, and in the opposite corner was the S family of three – Ms S’s husband and her two sons.

“Ms S’s husband was legally the surrogate decision maker for his wife’s care, but he repeatedly deferred to his two sons, unwilling to relinquish the vivid memory of his healthy wife. I listened as Ms S’s family asked the same questions I had previously asked my team: ‘Why can’t we take the fluid out of her belly?’ and ‘Why can’t we put her back on the transplant list?’ And I listened to them receive the same answer: ‘There’s just no point.’ There was a consensus within the health care team that allocation of expensive resources to Ms S’s case would be futile; she was too old to receive a liver transplant and too sick to return home, and her liver was too far gone for her to benefit from life-sustaining treatment. Given the gulf that emerged between the wishes of the S family and the team’s goals, it hardly seemed surprising that the parties were unable to find common ground.

“After nine gruelling rounds, the health care team won the battle in a victory that bore a frightening resemblance to an ultimatum, and Ms S’s sons agreed to sign a do-not-resuscitate order for their 70-year old mother. I chalked up the nauseated feeling in the pit of my stomach to my inexperience in the field. We had stripped this family of a choice and left them with no option but palliative care. ‘Medicine is not just about treating illnesses,’ my attending assured me. ‘It can often involve appreciating the necessity to say no.’

“I was visited by the haunting memory of her case two years later, as my senior resident and I sat down with the M family. I was a junior resident on call in the first month of my intensive care unit (ICU) rotation. My pager had jolted me awake at midnight, and I was mildly irritated when the voice on the other end of the line demanded a consultation away from my warm bed. Between my grogginess and the frantic words of the nurse, it took me a few seconds to understand that a patient on the nephrology ward was showing signs of respiratory failure that required urgent consultation.

“I rushed quickly to the floor to find the respiratory therapist providing positive airway pressure to Mr M. I reviewed his medical records, discussed his case with the nephrology resident, and examined him carefully. He was a 79-year-old man with a history of end-stage renal failure, coronary artery disease, and dementia. He had been admitted two days earlier with signs of pulmonary oedema. Despite appropriate treatment, he had been found by his nurse somnolent and tachypnaeic, and she had contacted the nephrology and ICU teams for urgent assessment.

“Chaos swirled around Mr M’s bed, as frantic measures were taken to support his oxygen needs. His expression was tired and vacant, his bloated frame stretched by the mounting fluid in his tissues. Transferring Mr M to the ICU for invasive life-sustaining therapy would be a temporary solution for the irreversible damage from his long-standing disease. While his son sat ashen-faced in the hallway, Mr M’s wife stood anxiously over her husband, whispering promises of his imminent recovery and reminding him of his enduring strength for fighting his disease.

“Anticipating a difficult road ahead, I called my senior resident, and we huddled in a nearby conference room with Ms M and her son to discuss the next steps in his care. My senior resident apologised for the late hour and the hastened discussion before gently relaying the facts of Mr M’s critical status and his options for life-sustaining treatments and reminding his family of his poor prognosis given his chronic diseases. Through tears, Ms M asked the same questions I had by now heard many family members ask: ‘Why can’t we start dialysis now?’ ‘Why can’t we continue breathing for him?’ And we gave her the same answer: ‘There’s just no point.’

“After a moment’s pause, my senior resident turned to the wife and son and said: ‘Tell me about Mr M.’ It was such a simple question, yet it empowered the family, opening the door to a wealth of information critical to understanding the man who was awaiting someone else’s decision about his fate. Although stories and laughter seemed foreign to end-of-life discussions, the M family welcomed the opportunity to allow Mr M’s past a seat at the table as we discussed his future. Ms M laughed as she reminisced about his obsessions with fishing and European cars. His son described their adventurous trips through Italy. Ms M and her son smiled sadly at one another, as if suddenly recognising how much Mr M had changed over the past few years.

“My senior resident described the reasons to avoid invasive treatments at this stage of Mr M’s disease, discussed the course of comfort measures, and asked whether that was what Mr M would want. Ms M and her son quietly digested this information, and with tears streaming down their faces, they nodded in agreement. My familiar nauseated feeling was a reminder that medicine is not just about treating illnesses – it can often involve appreciating the necessity to say ‘no,’ while allowing patients the dignity to say ‘yes.’

From the Frontlines
September 23rd, 2020

India: The mental health emergency that comes after COVID-19

From the Frontlines
September 2nd, 2020

Zimbabwean doctor: Situation is more dire than you can imagine

A Cape GP's reality of daily exposure to COVID-19