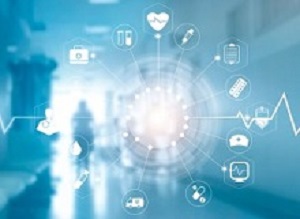 While it is not surprising that the SA Federation of Trade Unions has an issue with a private system of healthcare, it is incorrect to call it a “racialised” system, writes Marius Roodt, a campaign manager at the Institute of Race Relations (IRR).

Roodt writes: “Saftu has come in support of the government’s proposed National Health Insurance (NHI) scheme, saying part of the reason was that the new system would end ‘racialised’ healthcare (‘NHI only way to end present racialised health regime – Saftu’, Politicsweb, 28 August). Saftu claimed that one of the problems with the current two-tier system is that it is ‘racist’.

“Ideologically, it is no surprise that Saftu and its spokesperson, Patrick Craven, have an issue with a private system of healthcare, but it is incorrect to call it a ‘racialised’ system, an indication of how the left in South Africa views issues through a racial, rather than class lens.

“According to the latest data from Statistics South Africa, nearly half of all people covered by medical aid are black. Overall, whites account for only about a third of all people covered by medical aid schemes. Coloured people account for about 10%, and Indian South Africans 7%. One can criticise the current system, but to call it a racialised system, is simply incorrect. One must ask why Mr Craven wants to deprive black people of choice in how they receive their medical care?

“Mr Craven lists a number of problems in the public healthcare system – from the Life Esidimeni catastrophe and the shortages of nurses in various hospitals to the fact that only 15% of public hospitals meet the current norms and standards for participation in NHI – but seems to think that more government control will somehow solve these problems. The fact is that it won’t.

“Forcing more people into the public sector (which NHI will do, as the private sector will eventually cease to exist under the state system) will only cause more problems. The truth is, NHI will not reduce the burden on the public sector, but only increase it.

“The NHI is going to be a huge government bureaucracy – perhaps the biggest in South Africa’s history. And it is clear that the government is bad at running most things – the disasters at Eskom, South African Airways, and a number of other state-owned enterprises (SOEs) is evidence of this. In addition, even well-resourced countries – with more capable governments than ours – which have a single-payer system, such as Canada and UK, struggle to provide timeous and quality healthcare for all.

“There is no reason to think that South Africa will be able to.

“Furthermore, the private sector covers far more people than the less than 20% that Mr Craven claims. It is estimated that through out-of-pocket expenses, at least 28% of South Africans, and perhaps as many as four-in-ten, make use of the private sector. In addition, more than a quarter of South Africans go to a private doctor as their first of port of call if they or a family member become ill or was injured. The fact that people are prepared to fund medical expenses in the private sector out of their own pocket shows that many people are wary of the public system.

“Levels of dissatisfaction are also much higher among those who use the public healthcare system, compared to the private sector.

“Furthermore, Mr Craven dismisses out of hand the concerns that health professionals have about NHI, and the risk of this leading to large-scale emigration. Although figures are hard to determine, between 2004 and 2009, nearly 20% of people who had completed their medical training did not report for community service. As one cannot practice in South Africa without completing this, it is likely that these potential doctors left the country to practice elsewhere.

“Others sources estimate that between 20% and 30% of South African-trained doctors work abroad. South Africa already has a shortage of doctors (even the ratio in the private sector is lower than that found in comparable countries such as Brazil) so any policy which could accelerate the emigration of doctors must be implemented with much care and restraint. We must take the warnings of organisations such as the South African Society of Anaesthesiologists and South African Private Practitioners’ Forum seriously.

“Many doctors prefer to work in the private sector, but this is not because of a lack of resources. A survey of doctors by Colleges of Medicine of South Africa found that the two primary reasons why doctors left the public sector was because of the poor working environment and poor workplace security. This is unlikely to change under NHI. Had these professionals not had the option of leaving the public sector for private practice, they may well have left South Africa altogether.

“The same survey also found large differences between what doctors reported as pressing issues in the public and private sector. A telling statistic is that 39% of those surveyed felt that management and hygiene standards were poor in the public sector, compared to only five percent in the private sector.

“What could lighten this burden is to allow private universities to train doctors – this is partly why India and Brazil have better doctor:patient ratios than South Africa.

“NHI will also see an increase in taxes.  Mr Craven’s organisation, Saftu, recently took to the streets to protest the recent increase in the rate of value-added tax (VAT). Unfortunately, without very high rates of economic growth, the only way to fund NHI will be through additional taxes, and it is very possible that VAT will increase.

“Instead of bringing all healthcare under the control of the government (which will be the result of NHI) we should increase access to the private sector. This can be done through tax-funded vouchers, or by allowing low-cost health insurance schemes (which are basically outlawed). What can also be done is to require all employed people to be a member of a medical aid scheme – for those on lower incomes their contributions could be covered or subsidised by their employers, who would then be able to claim tax credits. Public-private partnerships to further strengthen the public sector must be considered.

“This is not to say that there are no issues in the private sector, but these can, to a large degree, be solved by sensible regulation.

“Most important, however, is to fix the public sector. Mr Craven is correct in identifying problems in the public sector. Forcing more people to use the system – by pushing out private providers – will not result in better outcomes. There is no doubt that the already overburdened system will struggle to meet the healthcare needs of all South Africans – it already struggles to meet the needs of those who use it today. Improving the public sector will require merit-based appointments, strict accountability for poor performance, and effective action against corruption and wasteful spending.

“These interventions could enable South Africa to provide decent levels of healthcare for all its citizens. NHI will not.”