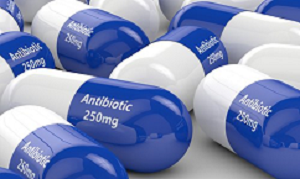 For most common infections treated in primary care, a substantial proportion of antibiotic prescriptions have durations exceeding those recommended in guidelines. Substantial reductions in antibiotic exposure can be accomplished by aligning prescription durations with guidelines, found the large Public Health England study.

Many antibiotic courses prescribed for common infections treated in primary care in England (general practices and community services) exceed the recommended guidelines, reveals a study. Treatment courses were 1.3m days beyond the durations recommended by guidelines, with most excess days due to treatment for respiratory conditions.

Previous studies have found significant over-prescribing of antibiotics in primary care in the UK and elsewhere, write the authors. And overuse of antibiotics adds to increased antibiotic resistance levels, and puts patients at risk of side effects, they say. But there has been little research on reducing antibiotic overuse by cutting back on prolonged treatment.

So, to explore this, researchers from Public Health England (PHE), University of Oxford, and Brighton and Sussex Medical School compared the durations of antibiotic courses prescribed for common infections in English primary care with the guidelines recommended by PHE in 2013. They used data from general practices contributing to The Health Improvement Network (THIN) database between 2013-2015, including only prescriptions for oral antibiotics linked to one of 13 conditions, including acute sinusitis, acute sore throat, acute cough and bronchitis, pneumonia and acute cystitis.

They excluded chronic and recurrent conditions, as well as repeat prescriptions.

During this time, 931,015 consultations for the 13 common conditions led to antibiotic prescriptions, making up 20% of the total antibiotics prescribed for any condition. The most common conditions were acute cough and bronchitis (386,972), acute sore throat (239,231) and acute otitis media, a middle ear infection (83,054).

The durations of antibiotic treatment were generally not in line with guidance and most of the excess days were due to respiratory conditions, where 80% or more of antibiotic courses exceeded guidelines.

And although fewer prescriptions exceeded recommended durations for non-respiratory tract conditions, still more than half (54.6%) of the antibiotic prescriptions for acute cystitis among women were for longer than recommended.

There was significant under-treatment for acute prostatitis (inflamed prostate) and acute cystitis among men. For example, over half (52.3%) of courses were shorter than the recommended 28 days for prostatitis and nearly a third (31.8%) of cystitis treatments were under the suggested 7 days.

This is an observational study and the researchers point to some limitations, including that some prescriptions may have been incorrectly linked to certain conditions in the study. And they can’t rule out the possibility that some of their findings may be due to other factors that might underlie decisions to prolong treatment.

But the authors say the results were similar when restricting the analyses to patients without underlying conditions. And for most conditions, three quarters or more of the prescribed antibiotics were mentioned in treatment guidelines.

The findings indicate “substantial scope” for reducing antibiotic prescribing through better adherence to recommended durations of treatment, they say, but “highlighting the magnitude of this issue is only the first step,” they conclude.

In a linked editorial, Alastair Hay at the University of Bristol comments on the “growing evidence base informing policy on antimicrobial stewardship.” “Both clinicians and patients may need convincing to abandon longer courses of antibiotics, and future campaigns by Public Health England to “Keep Antibiotics Working” could usefully emphasise that when antibiotics are needed, shorter courses are sufficient to kill bacteria and less harmful than longer courses,” he concludes.

Abstract
Objective: To evaluate the duration of prescriptions for antibiotic treatment for common infections in English primary care and to compare this with guideline recommendations.
Design: Cross sectional study.
Setting: General practices contributing to The Health Improvement Network database, 2013-15.
Participants: 931 015 consultations that resulted in an antibiotic prescription for one of several indications: acute sinusitis, acute sore throat, acute cough and bronchitis, pneumonia, acute exacerbation of chronic obstructive pulmonary disease (COPD), acute otitis media, acute cystitis, acute prostatitis, pyelonephritis, cellulitis, impetigo, scarlet fever, and gastroenteritis.
Main outcome measures: The main outcomes were the percentage of antibiotic prescriptions with a duration exceeding the guideline recommendation and the total number of days beyond the recommended duration for each indication.
Results: The most common reasons for antibiotics being prescribed were acute cough and bronchitis (386 972, 41.6% of the included consultations), acute sore throat (239 231, 25.7%), acute otitis media (83 054, 8.9%), and acute sinusitis (76 683, 8.2%). Antibiotic treatments for upper respiratory tract indications and acute cough and bronchitis accounted for more than two thirds of the total prescriptions considered, and 80% or more of these treatment courses exceeded guideline recommendations. Notable exceptions were acute sinusitis, where only 9.6% (95% confidence interval 9.4% to 9.9%) of prescriptions exceeded seven days and acute sore throat where only 2.1% (2.0% to 2.1%) exceeded 10 days (recent guidance recommends five days). More than half of the antibiotic prescriptions were for longer than guidelines recommend for acute cystitis among females (54.6%, 54.1% to 55.0%). The percentage of antibiotic prescriptions exceeding the recommended duration was lower for most non-respiratory infections. For the 931 015 included consultations resulting in antibiotic prescriptions, about 1.3 million days were beyond the durations recommended by guidelines.
Conclusion: For most common infections treated in primary care, a substantial proportion of antibiotic prescriptions have durations exceeding those recommended in guidelines. Substantial reductions in antibiotic exposure can be accomplished by aligning antibiotic prescription durations with guidelines.

Oct 28th, 2020
A large UK analysis of health records found that exposure to inhaled and oral corticosteroids is an...
A Focus
October 28th, 2020