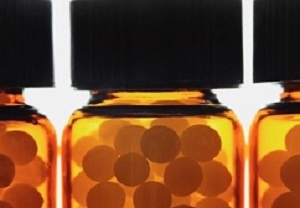 More than 700 GPs in the UK are prescribing millions of pounds worth of useless homeopathic and herbal treatments, an Oxford University study has revealed. The research comes as the NHS announced plans to ban GPs from prescribing such remedies, in a bid to save an estimated £190m a year.

A new data tool developed by researchers athas tracked the number of times 19 different prescription items, which have been dubbed “low priority” by the National Health Service (NHS), were prescribed in England over the past year.

The report says the researchers from the EBM Data Lab, which is part of Oxford’s Nuffield department of primary care health sciences, gathered the publicly available data from Clinical Commissioning Groups (CCG) on all the different drugs and treatments prescribed by GPs between July 2016 and June 2017. Several of these are believed to be homoeopathic and herbal remedies which were dubbed "rubbish" and nothing more then placebos by England's Chief Medical Officer Professor Dame Sally Davies in 2013.

This information is now available on their new OpenPrescribing website where users can look up their local GP practice to see the different types of treatments they are prescribing.

Dr Ben Goldacre, who led the team, said: “Each of the 19 treatments termed ‘low priority’ by NHS England represent possible waste in our health service, due to either a lack of good-quality evidence for their safety and effectiveness, or because there’s a cheaper alternative. We think it’s good for everyone to be able to see what GP practices are prescribing. This helps GPs and the NHS know where they stand, and where there may be room for review.

“It gives everyone the power to scrutinise prescribing at their own GP practice and explore how they’re responding to changes in clinical evidence – and price – given the finite resources available to the NHS.”

The report says the research comes as the NHS announced plans to ban GPs from prescribing homeopathic and herbal remedies in a bid to save the health service an estimated £190m a year. A consultation on the plans, drawn up by GPs and pharmacists, will see as many as 18 different prescriptions – including homeopathic remedies and some medicines which are available over the counter – being banned.

The chair of the Royal College of General Practitioners, Professor Helen Stokes-Lampard is quoted in the report as saying: “We know that a number of treatments are of little or no value, and are at best a placebo. We also know many other medications are available very cheaply over-the-counter and are much more readily obtainable than when they first became available on prescription, and both GPs and the public should be mindful of this.”

The new tool by Oxford University researchers on OpenPrescribing.net identifies which individual GP practices are prescribing a range of ineffective and wasteful treatments that NHS England are spotlighting. The 19 prescription items considered as “low priority” for NHS funding are the subject of a national consultation on new commissioning guidance, and were selected based on lack of evidence of their clinical effectiveness, concerns for their safety, or cost-effectiveness grounds.

OpenPrescribing.net is the first website of its kind to enable health professionals, patients and the public to easily explore patterns of prescribing nationally, in CCGs and by individual GP practices. It is supported with funding from the NIHR Oxford Biomedical Research Centre and the NIHR School of Primary Care Research.

The initiative turns publicly-available raw data on every prescribed drug in the NHS into easy-to-read graphs, dashboards and maps, in a way that is clear and accessible to everyone. Through their new tool, developed in response to the NHS consultation, Goldacre’s team provide specific data and graphs on prescription activity for each of the 19 treatments advised against by NHS England, at each individual GP practice in the country. An accompanying report shows total spend and trends over time.

Included in the NHS England list of low-priority items is co-proxamol, which is prescribed as a pain killer. This treatment was withdrawn from general use in 2005 following concerns about its safety and lack of additional benefit when compared with paracetamol. However, it continues to be prescribed, and since withdrawal its price has risen significantly, from £1.50 per pack in 2005 to £115 per pack today. Prescriptions for co-proxamol cost the NHS in England more than £7.6m over the past year.

Also included is homeopathy, a treatment with no evidence base for its effectiveness except as a placebo, according to a 2010 report by the House of Commons Science and Technology Committee. While the report recommends that routine prescription of homeopathy by the NHS “should not continue”, over the past year homeopathy has been prescribed at least once by over 700 GP practices.

“Overall there may be good reasons for individual patients to receive some of these treatments, but in many cases where we have identified outliers there will be room for improvement. Easily accessible data is the key to improving quality. Each of the 19 treatments termed ‘low priority’ by NHS England represent possible waste in our health service, due to either a lack of good-quality evidence for their safety and effectiveness, or because there’s a cheaper alternative,” said Goldacre.

OpenPrescribing.net takes the raw datasets on GP practice prescribing from NHS Digital and processes them into a user-friendly dashboard tool. This data is updated monthly and has been in the public domain under an Open Government Licence since 2010. The OpenPrescribing website is very widely used, with over 50,000 users and 250,000 analysis pages served over the past year.