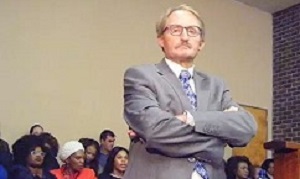 The SA Society of Obstetricians and Gynaecologists has "noted with significant concern" a High Court judgment that upheld the sentence of of five years direct imprisonment for Dr Danie van der Walt, a gynaecologist who caused the death of a woman through professional negligence. SASOG said the judgment was a worrying precedent and called for "urgent sector-wide law reform"  of the issues the incident raised.

Without having access to the full judgment, the South African Society of Obstetricians and Gynaecologists (SASOG) notes with significant concern the court judgment that upheld the sentencing of a respected colleague to jail in a case of professional negligence.

We lament the loss of the young mother following a complicated normal delivery and our hearts go out to the family that lost a mother, sister and daughter.

SASOG supports all efforts to prevent loss of life during childbearing and our own programme to support excellence in clinical practise in obstetrics, called BetterObs, has been implemented in most private institutions in South Africa.

Generally, South African professionals are renowned for their excellence and our private health care sector is world class. Obstetrics is a specialty at high risk for unexpected poor outcomes for both mother and child, which cannot always be prevented. The accompanying significant medico-legal risks has led to an exodus of specialists and defensive medicine is gaining momentum.

In cases of poor outcome and suspected clinical negligence, it should be investigated, and SASOG respects the findings and verdicts of our courts. The sentence passed in this case is however of concern, due to the precedent it creates, the plight of skills in our country, as well as the effects on the individual doctor, his community and the medical and obstetrical profession.

We further hold the opinion that the complexity and expense of repetitive hearings in different forums place an undue burden on the profession. As part of our submission to a recent parliamentary committee, SASOG voiced our support of the principle of a single special tribunal assisted by a selected panel of experts which follows an inquisitorial rather than an adversarial process. SASOG also has serious ongoing concerns about escalating medical malpractice claims relating to changes in the legal landscape, contingency fee litigation and the magnitude of awards made by the courts. We call for urgent sector-wide law reform to address these issues.

The Society is dedicated to the furtherment of our discipline, we are devoted to the welfare of our members and the improvement of the health and wellness of the patient population that we serve. We will continue to support our members and seek the best possible solutions to bring justice and restitution to those harmed during medical treatment whether associated with clinical negligence or not.

The rejection of gynaecologist Van der Walt’s appeal could be the “last straw” for a profession already under siege, experts have warned. Van der Walt has announced that he will now approach the Supreme Court of Appeal.

Netwerk24 reports that colleagues of Dr Danie Van der Walt are rallying behind him, saying the ‘harsh’ sentence may be the last straw for obstetricians who they say are already under siege from civil litigation and cannot afford souring malpractice insurance.

Professor Leon Snyman of the SA Association for Obstetricians and Gynaecologists says the verdict sends a chilling message for doctors attending to labour cases. He says the insurance premium for obstetricians is R1m a year and doctors practising in this field must deliver 24 babies per month just to cover their insurance fees. ‘Now one of our members get sent to prison for a basic human error.’

Van der Walt is probably one of the first doctors to be sent to prison for negligence with a patient, the report notes. Dr. Deon Kotzé was given a suspended prison sentence and community service in 2017 for causing the death through anaesthetics of 2-year-old Juandré Bennett.