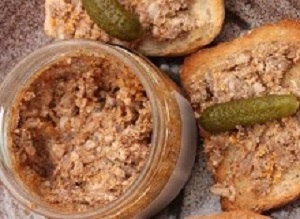 Hepatitis E virus (HEV) can be found in pork-containing meat products available for sale in Cape Town, found a study in the SA Medical Journal, with the authors warning that meat of pig origin should be thoroughly cooked before being consumed.

The virus is usually transmitted through drinking water contaminated with faeces, but scientists who bought 144 food samples from supermarkets and butcheries around Cape Town found it in two liver spreads.

Stephen Korsman, of the National Health Laboratory Service, said the spreads came from two different supermarket chains. They were among five samples of liver spread tested.

The report in The Times says that reporting his findings, Korsman, said more than one in four Western Cape residents had hepatitis E antibodies, and the study had pointed to a “plausible infective source”.

The virus had been identified in pigs in the Western Cape and Eastern Cape, he said, and was common in pigs in industrialised countries. “The risk of contracting the virus by way of pork products is higher when consuming undercooked or raw (meat),” he said.

Abstract
Background: Hepatitis E virus (HEV) genotypes 3 and 4 are zoonoses, with domestic pigs being the most important reservoir. A high anti- HEV IgG seroprevalence of 26 – 28% has been found in humans in Cape Town, South Africa (SA). Studies in industrialised countries have indicated a high prevalence of HEV in pigs and their associated food products.
Objectives: To determine whether HEV could be found in pig-derived food products in Cape Town.
Methods: Pork-containing food products were purchased from supermarkets and butcheries around the Cape Town metropolitan area. HEV detection by polymerase chain reaction (PCR) was performed, and an amplified viral genome fragment was sequenced from positive samples. Phylogenetic analysis was done on the sequenced fragment.
Results: HEV was detected by PCR in 2/144 food samples – both were liver spread samples. One genome fragment sequence was obtained, which was closely related to HEV sequences obtained from humans in Cape Town.
Conclusions: HEV can be found in pork-containing meat products available for sale in Cape Town, suggesting that these products could be a potential source of HEV transmission in our geographical area. Meat of pig origin should be thoroughly cooked before being consumed.