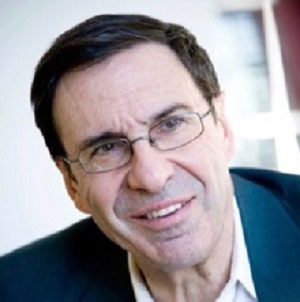 Mark Wainberg, who died recently at the age of 71, was a frontline HIV/Aids researcher from Canada who played a key role in forcing the government of Thabo Mbeki to make nevirapine available to pregnant women living with HIV, says a Sunday Times report. The government had refused to make this drug available to prevent mother-to-child transmission of HIV.

The report says when the Treatment Action Campaign took it to court, the government filed a 1,000-page responding affidavit containing exaggerated claims about nevirapine resistance which it argued would lead to a public health catastrophe in South Africa.

The TAC had to scramble fast to counter these claims. This meant finding the best expert in the world on virology and HIV resistance. This, the report says, was Wainberg, a professor of microbiology and immunology at McGill University in Montreal.

Wainberg was a virologist who became interested in Aids in the 1980s during the early years of the pandemic. In 1984 he established the McGill University Aids Centre at the Jewish General Hospital.

Within five days of being contacted by the TAC he wrote a detailed affidavit which trashed the government’s case against distributing nevirapine, and took it to the South African embassy in Canada to get it sworn and certified so it could be included in the TAC’s court papers.

He argued that the use of the antiretroviral nevirapine should be encouraged, and its effectiveness should take precedence over considerations of drug resistance. With his affidavit in hand the TAC won its case and in December 2001 the government was ordered by the High Court to roll out nevirapine. It was denied the right to appeal and went to the Constitutional Court, which in 2002 upheld the High Court order.

Wainberg’s Durban conference changed all that. One of the outcomes was the availability of low-cost treatments in the developing world, although in South Africa this was negated by the government’s refusal to make ARVs available in the public sector.

The report said the conference shone an international spotlight on what activists and researchers were clear was Mbeki’s murderous denial of a link between HIV and Aids. It started a wave of international revulsion which came to a head at the Aids conference in Toronto in 2006 which was co-chaired by Wainberg.

It was this conference that finally broke the back of official Aids denialism in South Africa. Ambassador Zola Skweyiya said health minister Manto Tshabalala-Msimang was a national embarrassment and a cause of shame in the world Aids community. Within a month of the conference Mbeki climbed down and instructed his deputy Phumzile Mlambo-Ngcuka to begin talks with the TAC.

Wainberg estimated that by the time Mbeki was forced to reverse his position, the number of HIV-infected people in South Africa was 25% higher than it would have been because of his denialist policies. The report says he wrote that Mbeki’s “insistence on propagating flagrant disinformation about the disease amounted to an arguably criminal abrogation of leadership”.

He called for legislation to counter the damage perpetrated by denialists. He said the scientific evidence that HIV caused Aids was no less incontrovertible than evidence that cigarette smoking caused cancer and heart disease. “Policymakers should defer to proven scientific fact and stop the transmission of deadly lies,” he wrote.

Wainberg was born in Montreal on 21 April, 1945. He attended McGill University where he graduated with a BSc before earning a PhD in molecular biology from Columbia University. He was one of a few scientists who left the comfort of their laboratories to become activists for evidence-based and human rights-based health policy.

He combined this with cutting-edge scientific work, notably his discovery in 1989 that the drug lamivudine was effective against HIV. It became one of the first effective treatments for people with HIV, and is still widely used in an “Aids cocktail” to treat patients today.

Wainberg drowned after an asthma attack while swimming near his condominium in Bal Harbour, Florida, the report says.