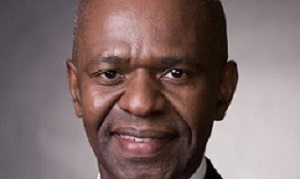 The KwaZulu-Natal Health, in a Sunday Times interview,  has called for lawyers to be excluded from the compensation process for medical malpractice, because “crooked” lawyers are colluding with healthcare professionals to fleece the state.  Medical risk specialists, however, say that despite abuses, the problems are “systemic” and require “immediate intervention” to remedy.

Legalbrief reports that Sibongiseni Dhlomo, MEC for Health in KZN, is adamant his department is being fleeced by crooked lawyers. He repeated a claim he first made in Parliament when interviewed by Chris Barron for the So Many Questions feature in the Sunday Times, but took it a step further, saying lawyers should be excluded from the compensation process.

Asked why he was blaming lawyers for negligence and malpractice by doctors, he said what the lawyers were doing was unprofessional. He said he was dealing with claims over incidents that happened 15 years ago.

“These unscrupulous lawyers are going all over the country and asking: ‘Why have you got cerebral palsy? Show me the hospital that delivered you 15 years ago’.”

He noted the cut-off point for claims is 21 years. ‘I am telling you that these unscrupulous lawyers go to kindergarten schools and check children there and say: ‘What happened eight or 10 years ago, which hospital did you go to?’.”

He said backlogs in the State Attorney’s Office caused problems prosecuting these cases. His view was that those that suffered because of negligence and malpractice in the state sector should ‘be compensated for whatever misconduct and mistakes have been done by healthcare professionals, but it does not have to go through lawyers’.

In response to the ongoing furore, medical risk insurer EthiQal, which has been lobbying for a less litigious approach to doctor-patients, warned in a statement that it was wrong to see every adverse health outcome as an opportunity to sue the practitioner, reports MedicalBrief.

JP Ellis, legal manager at Ethiqal said that the Health MEC’s comments were “unfortunate”. “It  creates the wrong perception that the general body of lawyers who prosecute personal injury claims are ‘unscrupulous’.

“On the contrary there appears to be a number of systemic problems in our legal system that have resulted in an abuse of the litigation process, particularly in medical malpractice matters, which have in some circumstances resulted in the abuse of contingency fees; vexatious litigation; plaintiffs not being awarded damages to which they are entitled; and ineffective cost orders when defendants are successful in defending litigation.

Volker von Widdern, CEO of Ethiqal, said: “Health care delivery should be seen in context of the complexity of the human body, and that not every adverse health outcome is attributable to negligence. Just as doctors aren’t able to promise miracle cures, so it should be realised that patients often present with underlying health issues that strongly contribute to the often sad and difficult clinical outcomes.”

The solution, Von Widdern said, was the earliest possible identification of risk through the course of the health care cycle, with both doctors and patients well informed about their respective responsibilities. “In this way, the “discovery” of a clinical issue long after the provision of the health care service can be mediated without excessive cost, while providing quick access to remedial treatment if the merits of the situation deserve so.”

Ellis said It was with these issues in mind that medical risk protection specialists recently held a conference to probe the increase in medical malpractice litigation, which has resulted in the current medical-legal environment being unsustainable.

“In our considered view the two most challenging areas that require immediate intervention are to be dealt with by the introduction of mediation as an efficient and cost-effective tool in medical malpractice disputes, and amending the Contingency Fees Act to avoid the unintended consequences that have given rise to legal practitioners litigating recklessly and in some instances in a vexatious manner.”