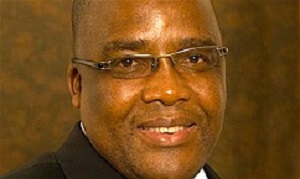 The death toll from South Africa’s listeriosis outbreak has reached 199, with 50 new infections reported since the recall of implicated products on 4 March. Despite this, port health officials have been ordered to stop testing imported chicken products.

The death toll from South Africa’s listeriosis outbreak is just one short of 200. Of the 199 deaths recorded so far‚ 105 were in Gauteng‚ according to an update from the National Institute for Communicable Diseases (NICD). Business Day reports that a total of 1‚019 laboratory-confirmed listeriosis cases have been reported to the NICD since 1 January, 2017.

Since the recall of implicated products on 4 March‚ a total of 50 cases have been reported. Twenty-four (48%) were among neonates (babies under the age of 28 days) and three (6%) were among children aged between one month and 14 years. The NICD said cases could still be reported because the incubation period of listeriosis can be up to 70 days, and the implicated products had a long shelf life, so it was possible that despite the recall‚ some products had not been removed from retail or consumers’ homes. Also, cross-contamination at retailers and in the home could occur.

“Since week nine (5 March, 2018) cases per week have dropped to fewer than 15 per week‚ with eight cases reported in week 14. At the height of the outbreak‚ 30 or more cases were reported weekly‚” the status update reported.

The report says an updated listeriosis emergency response plan has been developed and approved by the Department of Health‚ in order to intensify response activities to control and end the current listeriosis outbreak and strengthen health systems to prevent future outbreaks.

It is expected that more details will be provided after a two-day combined meeting of provincial and national stakeholders and World Health Organisation technical experts‚ which will be held this week.

Patricia Kopane, Democratic Alliance (DA) Shadow Minister of Health writes in a report on the Politicsweb site that the DA has in its possession a letter from the chief environmental health and port health services instructing port health officials to stop testing imported chicken products for Listeria.

Kopane writes: “According to the letter, Minister of Health, Dr Aaron Motsoaledi, announced that the source of the current Listeria outbreak has been identified at cold meats ‘processing plants located in the country’ in reference to the Rainbow Chicken and Enterprise Food facilities. The Minister therefore thinks there is no need to do any further testing.

“Although these two facilities have been identified as sources of the current outbreak of Listeriosis, it still remains unclear how these factories were contaminated in the first place.

“It is outrageous that the Health Department would stop the testing of imported meats, considering that just recently it was revealed that Australia has been exporting Listeria contaminated products. In Brazil, Listeria is not recognised as a notifiable disease and is a major distributor of meat products which South Africa imports.

“It is, therefore, vital that South Africa tests imported goods on an ongoing basis to ensure that our people are protected against any possible contamination. To date, more than a thousand people have been affected by this outbreak and almost 200 people have died.

“To prevent even further loss of life the government must ensure that the following steps are taken: an over-arching independent body must be instituted to regulate and monitor food safety and security in the country, as there are currently too many bodies with no specific mandate; interim norms and standards have to be adopted to ensure that the outbreak is contained and this will get the ball rolling on permanent regulations for all animal products and the processed food industry; and permanent standards, regulations and mechanisms for testing must be instituted for Trade and Agriculture and other food industries.

“The government must put the health and safety of its citizens first, considering that there is still uncertainty of where the listeria outbreak originated from.

“The DA will continue to closely monitor this listeriosis outbreak and hold Minister Motsoaledi accountable, as it is clear that there is no political will to get to the root of the problem.”