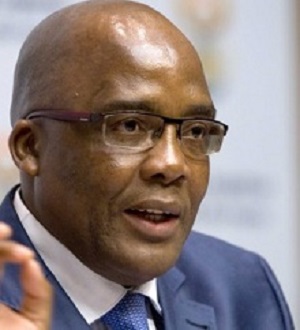 Health Minister Aaron Motsoaledi has been tasked with an important aspect of the ‘radical economic transformation’ agenda, and that is to nationalise healthcare in SA, says a Free Market Foundation analysis.

Motsoaledi’s task of implementing “free healthcare for all” was previously “blocked” by the National Treasury, which was supposed to release a costing of the proposed National Health Insurance (NHI) scheme in parallel with the publication of the NHI White Paper, published in December 2015. Jasson Urbach, an economist and director of the Free Market Foundation writes in Business Day that despite the promises, however, there has been no official costing and no new White Paper.

Urbach writes: “Lack of funds aside, the government is determined to go ahead with the implementation of the project. Indeed, former finance minister Pravin Gordhan announced in his budget speech: ‘The government is moving ahead with the next phase of implementation of the NHI … [and] an NHI fund will be established’. In the speech, Gordhan alluded to the idea that current medical scheme tax credits could be reduced or phased out.”

Urbach says: “Ironically, tax credits linked to medical aid contributions were introduced to encourage individuals to pay more towards their own medical expenses and rely less on publicly provided medical care. Proposing to scrap tax exemptions is how the government plans to get more money out of taxpayers at the expense of the private medical care sector. Eliminating these tax credits will make medical schemes unaffordable to many. When they become too expensive, no new members will join and those at the margin will drop out. The government will then conveniently use the dwindling number of people on private medical as an added justification for the NHI.

“As the White Paper states, ‘In the latter years of the second phase, the Medical Schemes Act will be amended so as to provide complementary cover when the NHI is fully implemented’.

“The government has a clear and calculated path ahead of it. If it can destroy the private financing mechanism, which is the main vehicle for accessing the provision of private healthcare, then the private medical sector in SA will collapse and the government will have no competition for its NHI scheme.

“Given the lack of detail on the financing of the NHI, it’s impossible to do an exact calculation of how much it will cost. However, if we assume a modest R600 per person per month (R7,200 per annum), with a population of 55.91m, we can estimate that a policy of providing ‘free healthcare for all’ will cost the economy approximately R403bn a year. Considering that total revenue from personal income tax collections – SA’s main source of tax revenue and the main vehicle for financing the NHI – amounts to only R389bn, we get some idea of the futility of this ideologically motivated proposal.

“According to inspection records released last year by the Office of Health Standards Compliance (a government agency), hospitals and clinics in the government’s flagship NHI pilot programme are failing to improve any faster than those in the rest of the country. Among the 1,427 facilities inspected, only 89 scored a pass mark of 70% or more. Facilities fell short on matters ranging from the availability of medicines to infection control.

“The proposed NHI scheme concentrates power in the hands of the government, which is acting as both a player and referee, leaving no room for the private sector to operate. Under the NHI, whether directly or indirectly, the government will control the availability, financing and delivery of healthcare from the cradle to the grave and South Africans will no longer have any choice.

“The government’s role should be to finance healthcare for the poor and leave the private market alone to provide for those able to fund their own healthcare. This will allow government to concentrate scarce taxpayer resources on the truly destitute, while allowing the private sector to grow, innovate and expand.

“Such a scenario would not only be good for South Africa’s financial health but would also lead to better health outcomes for the poor, who would otherwise be forced into the government’s failing healthcare system.”