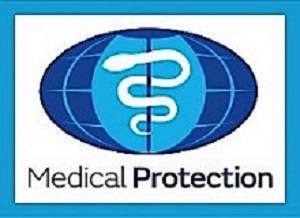 The current draft Bill that limits State compensation in medical negligence cases leaves unclear matters that are important to both practitioners and patients, writes Tony Behrman, consultant to MPS.

From when it was first mooted in the draft Green Paper format in 2008, MPS understands the South African government’s need to make healthcare more accessible and affordable for all.

The current draft Bill is however silent on the subject of indemnity. In response to the draft Bill, we wrote to the then minister of health to express our concerns and offered our support in future phases of the implementation.

As the largest medical defence organisation in South Africa, with more than 30,000 members, we are naturally interested to understand the proposed indemnity/insurance arrangements for National Health Insurance (NHI) funded patients treated in the private sectors, and NHI funded patients treated by private practitioners in the state sector. Additionally, we would like to know how the proposed indemnity arrangements for state sector healthcare practitioners treating NHI patients, which will include patients that would previously have been “private” or medical scheme patients, will work. The State Liability Bill, which is currently under discussion, strives to limit the amount of compensation a claimant can derive from the State in the event of a successful claim in negligence.

As it currently stands it is unclear where the responsibility for indemnity in general would lie.

This issue is of importance to all healthcare practitioners as they need to have certainty over indemnity arrangements. Likewise, the issue is clearly of importance to patients as they wish to be assured that they will continue to have access to compensation should there be clinical negligence.

The NHI will remain a top priority for the new government. Certain aspects of it, such as primary healthcare services rendered by private sector providers, as well as quality improvement measures have commenced. The full system is intended to come into effect in 2026, and proposes significant changes to the way healthcare is funded and managed.

The NHI aims, amongst others, to ensure that citizens of South Africa (and legal long-term residents) are provided with access to healthcare, regardless of their employment status and ability to make a direct monetary contribution to the NHI Fund.

We are concerned that controversy over NHI will continue and opposition might grow if certain important issues, such as indemnity, remain vague or unaddressed in the Bill. Against the backdrop of a seriously overstretched public healthcare system, and increases in claims against the public sector, the new Health Minister Dr Zweli Mkhize, who has promised delivery of NHI, will have to ensure a more unified and all-encompassing approach.

If responsibility for indemnity – in cases of clinical negligence – is not clearly defined in legislation from the outset, neither doctor nor patient will know where they stand if they happen to find themselves embroiled in a clinical negligence claim.

MPS stand ready to assist Minister Mkhize and his team in any way we can to ensure that indemnity, where clinical negligence is concerned, is thoroughly addressed and accounted for in the new legislation. We believe our wealth of experience and knowledge in this complex area of healthcare is unrivalled, and it is important to work closely together on the implementation with all relevant stakeholders in order to make NHI a success.