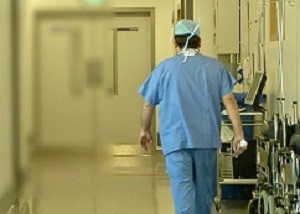 The South African government is 'proceeding by trial and error' with the implementation of the National Health Insurance proposal 'irrespective of the massive damage that is likely to result,'  says Dr Anthea Jeffery, head of policy research at the Institute of Race Relations, in a BizNews report.

“The White Paper claims that the NHI Fund – into which all health revenues will be transferred and out of which all health expenses will be paid – will reduce costs through economies of scale and monopsony buying power. But these factors will be irrelevant when the NHI will also give the DoH control over all prices, from the cost of aspirin and rubber gloves to the fees to be paid to GPs and surgeons.

“If the NHI Fund is anything like other state monopolies – Eskom, Transnet, Prasa, Portnet, and the South African Post Office – its administration will be grossly inefficient and often also corrupt. Since the monies it controls will be much larger, the scope for looting will be far greater too.

“The NHI proposal overlooks the key reasons healthcare costs are going up. The main factors making for high medical inflation are increased utilisation and costly new medicines and technologies. In the words of Paul Harris, a former CEO of Firstrand Bank who now serves on the High Level Panel of Parliament, and his associate, Julia Woods: ‘Many…countries, including Canada, the UK, and other European countries, (with) single purchaser and other NHI models are confronting the same medical inflation pressures. The idea that a single purchaser will be able to force down prices and thus achieve lower costs is based on a lack of insight into current inflation dynamics.’"

Jeffrey writes: “The NHI will do nothing to address the principal reasons for healthcare inflation – while the massive inefficiencies and corruption it is sure to spawn will add to costs, rather than contain them.

“At the same time, the DoH has no practical ideas about how the increased revenues needed to fund the NHI can be raised. Even without the NHI, the fiscus faces a revenue shortfall of R51bn in the current financial year, rising to a cumulative R209bn over the next three years. By 2020/21, public debt will have more than quintupled, having risen from R630bn in 2008/09 to R3.4trn in that financial year. Interest payments – even without the further ratings downgrades that surely lie ahead – are projected to amount to R223bn in 2020, or some R610m a day.

“South Africa’s tax base is too small to cope with the existing burden, let alone the enormous additional load the NHI will generate. In 2015, for instance, some 18m individuals were registered for personal income tax, but most had earnings below the tax payment threshold. Hence, 62% of all personal income tax that year was paid by some 560,000 people with annual taxable income of R500,000 or more. If increased taxes and reduced health services under the NHI were to encourage 250,000 of these individuals to emigrate, the personal income tax that could be collected would be reduced by more than a quarter. This would make it harder still to sustain social grants and free services for the poor.

“The DoH claims that the NHI will bring free, high-quality health services to all. But the more likely outcome is that private health professionals, in particular, will exit the country in large numbers once they find themselves solely dependent on the inefficient NHI Fund to reimburse them for the services they have already provided to patients free of charge.

“The long delays that doctors often face in obtaining payment from the (Workmen’s) Compensation Fund illustrate the risks. The fund receives some R11bn a year in mandatory contributions and pays out some 900,000 claims a year (75,000 a month) to doctors for treating people injured at work. Often, however, doctors have to wait a year or more to be paid.

“In 2015 a survey carried out by the South African Medical Association (SAMA) among medical practitioners in Gauteng found that 65% of them had been adversely affected by the fund’s failure to pay their claims. The average amount outstanding was R895,000 per doctor, said SAMA. ‘These figures are astronomical’, commented the DA, ‘and could easily result in small medical practices having to shut their doors’."

Jeffries writes that doctors have generally been able to endure this payment backlog because their other claims are quickly settled by efficient medical schemes. (Discovery Health, for instance, pays out an average of 6m claims a month or 72m a year.) But, she says, the NHI will put an end to almost all medical schemes and so deprive doctors of this option. This could push many of them into emigrating. This would significantly reduce the supply of health professionals just as the (false) promise of free care under the NHI vastly increases the demand for them.

Jeffries writes: “The DoH seems impervious to these problems. The health minister, Dr Aaron Motsoaledi, sees the NHI as ‘a revolution in the provision of health’, and seems to welcome the ‘blood and pain’ its implementation will bring. But there is no need for any such upheaval when a number of incremental reforms would achieve universal health coverage in far more effective ways.

“Many practical alternatives have been submitted to the DoH, but all have thus far been rejected. Instead, a DoH spokesperson recently called for a ‘war’ against NHI critics whose sole concern is to find far better ways of meeting healthcare needs, especially for the poor.

“In 2014 Ireland published a white paper on universal health insurance, which aimed at introducing a system somewhat similar to the NHI. But it also embarked on a proper costing analysis, which found the proposal unaffordable. The Irish government then abandoned the idea, instead of continuing to push down a flawed policy path.

“The DoH, however, still refuses to do a proper costing. Instead, it continues to insist that ‘focusing on “what will NHI cost” is the wrong approach’, as it is likely to ‘require an endless cycle of revisions and attempts to dream up new revenue sources’.

“But that, of course, is precisely the point. South Africa cannot ‘dream up’ new revenue sources, especially with economic growth at less than 1% of GDP, unemployment at close on 30%, and public debt soon to reach 60% of GDP.

“The DoH should thus embrace the pragmatic alternatives on offer. It must also abandon the NHI, which (in the words of Mr Harris and Ms Price) is ‘an experiment that creates the risk of extreme destabilisation’ and could be ‘catastrophic’ for the healthcare system and the country.”