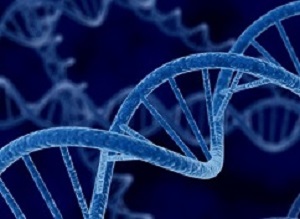 Genetic make-up can play a large, hidden role in the success of efforts to maximise a child's development, SA research shows. A new Stellenbosch University genetic analysis on participants originally in a 1999/2003 study — in which expectant mothers were mentored to improve attachment with their children —  raises important questions about how policy-makers balance equity (equal treatment for all) and efficacy (treating only those whose genes render them likely to benefit) when implementing psychosocial interventions.

A child’s genetic make-up can play a large, hidden role in the success of efforts to maximise his or her development, South African research suggests. The study supported by the government of Canada through Grand Challenges Canada’s Saving Brains programme, sheds new light on why some children benefit more than others from interventions and raises complex questions about psycho-social intervention programmes in future. Children with a particular genetic variation were four times more likely to develop strong attachment to mother after intervention.

The study led by Professor Mark Tomlinson of Stellenbosch University, followed-up an intervention implemented between 1999 and 2003, in which expectant mothers underwent mentoring to improve attachment with their children – attachment being a measure of a child’s psychological security, and predictive of future wellbeing.

In the original study, a control group of roughly equal size was composed of expectant mothers who did not receive mentoring. The original study concluded that the intervention had a small-to-moderate effect on mother-child attachment, evaluated once the children reached 18 months of age.

The follow-up study, conducted thirteen years after the intervention, re-examined the original attachment results and revealed something surprising: the intervention had in fact worked well for toddlers who had a particular genetic characteristic.

Conducted in collaboration with colleagues from the University of Reading, University College London, and Western University, the study re-enrolled and conducted genetic tests on 279 of the original 449 children. 220 children had both genetic and attachment data, enabling the investigators to test whether the original attachment outcomes were influenced by their genes.

The researchers factored in whether the child had the short or long form of gene SLC6A4 – the serotonin transporter gene, which is involved in nerve signalling, and which other studies have linked to anxiety, depression and other conditions. Serotonin is popularly thought to contribute to feelings of well-being and happiness.

The attachment of children with the short form of the gene, and whose pregnant mothers were mentored, were almost four times more likely to be securely attached to their mothers at 18 months old (84% were secure) than children carrying the short form whose mothers did not receive mentoring (58% were secure). Meanwhile, children with the long gene were apparently unaffected by their mother’s training or lack thereof: in both cases, the rate of secure attachment was almost identical (70% and 71%).

Subject to further validation, says Tomlinson, the insight has “important implications for scientists designing and evaluating interventions to benefit as many people as possible in South Africa and worldwide.” “Without taking genetics into account, it is possible that other studies have under-estimated the impact of their interventions, as we originally did.”

Says lead author Dr Barak Morgan of the University of Cape Town: “The immediate significance of this research is the revelation that in principle, and probably in many cases in practice too, the effectiveness of interventions has been mis-measured – under-estimated for genetically susceptible individuals and over-estimated for those who are genetically less susceptible. But even more worrying is the implication that the negative consequences of not receiving an intervention also differ by genotype."

“This is an enormously important insight because, in this case, the subgroup with the short form of the SLC6A4 gene is also the one with the most to lose if not helped. Individuals with the long form of the gene, on the other hand, appear less sensitive and derived little benefit from the same intervention, and little detriment from not getting it.”

Adds Tomlinson: “In the original study, we did not see such a big impact from this intervention because only those with the short gene improved, and this improvement was ‘diluted’ by the large number of children with the long gene who did not improve.” The researchers caution that, among other limitations, this study involved a relatively small sample and only measured one gene and one outcome (attachment).

Morgan stressed: “We are certainly not saying that only some people should receive the intervention – those who are ‘susceptible’ to improving from it. There is little scientific justification for this. For example, many children with the non-susceptible long genotype of the SLC6A4gene may carry the susceptible form of another gene which renders them much more likely to benefit from the same intervention but for a different but equally important outcome.

“Going forward, the implications are therefore two-fold. Firstly, measuring genetic differences allows for proper assessment of the effectiveness or lack of effectiveness of an intervention for a particular outcome in different individuals. Secondly, this information can then be used to find out how to intervene effectively for all – to guide what might be done to improve outcomes fora non-responsive gene-intervention interaction while continuing to optimise outcomes for the responsive one.”

Abstract
Background: Clear recognition of the damaging effects of poverty on early childhood development has fueled an interest in interventions aimed at mitigating these harmful consequences. Psychosocial interventions aimed at alleviating the negative impacts of poverty on children are frequently shown to be of benefit, but effect sizes are typically small to moderate. However, averaging outcomes over an entire sample, as is typically done, could underestimate efficacy because weaker effects on less susceptible individuals would dilute estimation of effects on those more disposed to respond. This study investigates whether a genetic polymorphism of the serotonin transporter gene moderates susceptibility to a psychosocial intervention.
Methods and findings: We reanalyzed data from a randomized controlled trial of a home-visiting program delivered by community health workers in a black, isiXhosa-speaking population in Khayelitsha, South Africa. The intervention, designed to enhance maternal-infant attachment, began in the third trimester and continued until 6 mo postpartum. Implemented between April 1999 and February 2003, the intervention comprised 16 home visits delivered to 220 mother–infant dyads by specially trained community health workers. A control group of 229 mother–infant dyads did not receive the intervention. Security of maternal-infant attachment was the main outcome measured at infant age 18 mo. Compared to controls, infants in the intervention group were significantly more likely to be securely attached to their primary caregiver (odds ratio [OR] = 1.7, p = 0.029, 95% CI [1.06, 2.76], d = 0.29). After the trial, 162 intervention and 172 control group children were reenrolled in a follow-up study at 13 y of age (December 2012–June 2014). At this time, DNA collected from 279 children (134 intervention and 145 control) was genotyped for a common serotonin transporter polymorphism. There were both genetic data and attachment security data for 220 children (110 intervention and 110 control), of whom 40% (44 intervention and 45 control) carried at least one short allele of the serotonin transporter gene. For these 220 individuals, carrying at least one short allele of the serotonin transporter gene was associated with a 26% higher rate of attachment security relative to controls (OR = 3.86, p = 0.008, 95% CI [1.42, 10.51], d = 0.75), whereas there was a negligible (1%) difference in security between intervention and control group individuals carrying only the long allele (OR = 0.95, p = 0.89, 95% CI [0.45, 2.01], d = 0.03). Expressed in terms of absolute risk, for those with the short allele, the probability of secure attachment being observed in the intervention group was 84% (95% CI [73%, 95%]), compared to 58% (95% CI [43%, 72%]) in the control group. For those with two copies of the long allele, 70% (95% CI [59%, 81%]) were secure in the intervention group, compared to 71% (95% CI [60%, 82%]) of infants in the control group. Controlling for sex, maternal genotype, and indices of socioeconomic adversity (housing, employment, education, electricity, water) did not change these results. A limitation of this study is that we were only able to reenroll 49% of the original sample randomized to the intervention and control conditions. Attribution of the primary outcome to causal effects of intervention in the present subsample should therefore be treated with caution.
Conclusions: When infant genotype for serotonin transporter polymorphism was taken into account, the effect size of a maternal-infant attachment intervention targeting impoverished pregnant women increased more than 2.5-fold when only short allele carriers were considered (from d = 0.29 for all individuals irrespective of genotype to d = 0.75) and decreased 10-fold when only those carrying two copies of the long allele were considered (from d = 0.29 for all individuals to d = 0.03). Genetic differential susceptibility means that averaging across all participants is a misleading index of efficacy. The study raises questions about how policy-makers deal with the challenge of balancing equity (equal treatment for all) and efficacy (treating only those whose genes render them likely to benefit) when implementing psychosocial interventions.