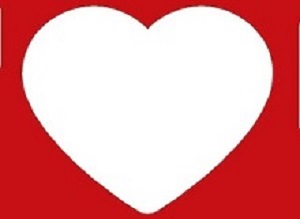 Margarine, sunflower oil and fruit juice – not exactly healthy foods, according to most experts. Yet, says a Sunday Times report, the Heart and Stroke Foundation in SA continues to endorse these products as healthy choices. The report says while the NGO has recently withdrawn its endorsement of white pasta and white rice – years after it became widely accepted that refined white flour is not healthy – it continues to accept payment for putting its stamp of approval on other questionable products.

The heart logo is described by the foundation as “taking the guesswork out of choosing food products so that consumers do not need to read complicated labels”. It endorses foods low in cholesterol, sugar, salt and saturated (animal) fat and those high in fibre. But, the report says it is paid for by the companies who manufacture the products. The cost is based on a percentage of sales and an administration fee of R1,442.

The money goes into preventing heart disease, stroke and premature death. While most of the 450 endorsed products are considered healthy, such as beans, lentils, fish, brown rice, olive oil and ostrich meat, they include fruit juice and sweetened cereals, which can increase risk of heart disease.

Johannesburg dietician Ashleigh Caradas said the heart mark appeared on products made only by companies that had applied for it to boost their sales. “Most heart-healthy foods won’t have the mark because the manufacturers didn’t apply for it,” she said. The logo is on 13 margarines and spreads, iced tea with sweetener, multiple brands of sunflower, canola and soya oil, and at least 35 fruit juices.

Caradas said fruit juice, which is high in fructose, could contribute to weight gain and diabetes and was associated with fatty liver disease and heart disease. She said “heart-healthy” margarines had been modified to be healthier than the original trans fatty acid-laden margarines, but were at best “neutral”.

Morne Nel, spokesperson for Tooti Fruti Juice, which carries the heart logo, is quoted in the report as saying: “Our products are healthy and 100% fruit juice.”

Dylan Mackay, assistant professor of community health sciences at Canada’s University of Manitoba, said in the report that the Heart and Stroke Foundation in that country had cancelled its food endorsement programme. Mackay said even good foods could be unhealthy if too much was eaten, meaning an endorsement mark was a flawed idea.

Johannesburg dietician Tabitha Hume said the heart logo was not meant to be a one-size-fits-all dietetic treatment for disorders and diseases. “This, perhaps, is a flaw of the heart mark (but) only if the public is seeing it as a black-and-white recommendation to treat heart disease.”

The report says much harsher is Professor Tim Noakes, diet guru, who claims it’s all about “big business”. “Vegetable fat in margarine causes heart disease. The potential for a class action against the foundation for providing false information is perhaps (a good idea),” he said.

Barry Dijoe, media relations manager for Unilever, which makes Flora, said: “Margarine is healthy … We do not decide whether we should be endorsed …”

According to the report, the foundation says on its website that money doesn’t influence whether a product gets a stamp. “The endorsement is awarded on the merit of the product’s nutritional makeup.” Foundation spokesperson Dr Bianca van der Westhuizen said its endorsements were based on local and international dietary guidelines and national laws.