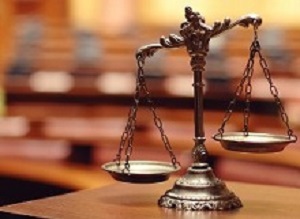 Modern medico-legal disputes remain reminiscent of Jarndyce v Jarndyce – the fictional long-running court case that terminated in a judgment only when there were no spoils of litigation left to enjoy, argue the CEOs of Natmed Medical Defence and Constantia Insurance.

"The fictional case of Jarndyce v Jarndyce in Charles Dicken’s Bleak House tells of a long-running court case disputing payment under a will. It ran for generations, terminating in a judgment when the inheritance – the subject matter of the dispute – had been exhausted and there were no spoils of litigation for the successful party to enjoy. All the proceeds had been exhausted in the enormous costs of the very long-running litigation and many lives ruined.

"In chapter one Dickens sets the scene and introduces the reader to Jarndyce. It was based on a number of long-running cases of the age, one Jennens and Jennens commenced in 1798 and which was abandoned in 1915 when the estate funds, the subject of the dispute, had been exhausted. This led to much criticism and push for law reform of the Chancery Division in which the matters were litigated.

"Modern litigants wouldn’t be unfamiliar with the legal process used in Victorian times. And in medico-legal disputes not much has changed over the last few decades or longer. When the writers began legal and insurance practice nearly 30 years ago, the process has remained substantially unchanged. Those readers who have been exposed to any legal process, hopefully not as defendants, perhaps as experts, would be able to testify to glacial changes in the way in which medico-legal disputes are, as a generalisation, resolved.

"When talking of medico-legal reform the emphasis is sometimes unfairly placed on legal reform only and how disputes are resolved. Ignoring the need for medico reform as well. Both components need to be addressed when considering reform.

"To begin with a frank review of how the healthcare industry, public and private, has ended up where it currently is, in a medico-legal crisis – in the words of the South African Law Reform Commission in its Issue Paper 33 Medico-legal Claims – is required. That can be done without attributing blame. We are in a different medical world to that of even 10 years ago with greater emphasis on patient and consumer rights, including the National Health Act, Promotion of Access to Information Act, and the Consumer Protection Act. Also, there is awareness and patient access to many more resources, including litigation funding and contingency fee arrangements and an expert and sophisticated plaintiffs’ bar in medico-legal cases, plus information to assist them in asserting their rights. And an appreciation that while there are frivolous claims, which can usually be resolved expeditiously using the rules of court properly, one cannot make a silk purse from a sow’s ear and there are injured patients deserving of compensation.

"One of the questions is how one resolves those claims more expeditiously and cost effectively than has been done historically to the benefit of all concerned. Is there always enough real focus on moving and removing the risks which lead to the disputes and remembering that cases are about patients, first and foremost, not the practitioners or legal representatives or the judicial process. Patients are less likely to litigate when communication lines remain open, and when real empathy is shown about the adverse medical circumstances. How do we ensure the system produces better outcomes for the benefit of the patient, and of course for the reputation of the medical practitioner?

"They are trite but issues such as communication, basic training, consent, record keeping and retention, relationship building and retention, meaningful and participative peer review systems, which all require ongoing attention.

"How can one incentivise proper clinical and risk mitigation steps such as active and meaningful participation in peer review and electronic record keeping, for example, through the use of reduced premiums, and /or deductibles for appropriate risk-reduction conduct.

"How does one capitalise on an extensive body of knowledge available through insurers, Natmed, other brokers, attorneys and professional societies regarding claims, their causes and resolution and act transparently using that information to guide a discussion and understanding of challenges faced and possible answers? Big data is there to be constructively harnessed. What is required is a willingness and a commitment from all industry roles players to transparency and the appropriate and lawful sharing of information.

"It is of course always more desirable to avoid disputes than to have to resolve them. If an adverse risk event materialises posing the risk of a claim, or a claim itself, then how is that to be resolved? It is desirable to ensure engagement at an early stage and not belatedly when desperation leads to contested positions.

"Contracts providing for mandatory mediation, so there is no loss of face, may in part be an answer. Alternate dispute resolution, such as mediation, should always be considered although mediation may be more suitable if the parties seek to preserve a relationship, for whatever reason, a non-legal remedy such as an explanation or apology is sought, the parties want greater involvement in the case management, and/or a speedy resolution of the matter rather than a payment. Alternate dispute resolution may be more problematic if the parties want to set a precedent, or the claim value is high, retribution rather than resolution is sought, or there is and will be insufficient information on which to base settlement negotiations.

"Responsibly established and structured settlements are at least a feasible alternative, using the wealth of medical and rehabilitation knowledge available. Pre-funded and case managed settlements with guaranteed top up and claw back mechanisms are capital efficient.

"The rights of the patient should be the priority. This includes rehabilitation and treatment as soon as possible. The current (highly specialised) arguments about actuarially determined present values and life expectancies, which often delay settlements for seven to 10 years, are not always in the best interests of the patient.

"How does one limit exposure to lengthy and complicated dispute resolution re cerebral palsy babies? If there is a distressed baby at birth, what are the triggers and what tests can and should be done immediately to guide all involved as to the cause and treatment and avoid a protracted debate later about causation and fault?

"How does one provide for the costs and facilities, such as rehabilitation facilities for early intervention for cerebral palsy babies?

"Suggestions for law 'reform' such as capping of claims do not benefit those injured with a rightful claim and are perhaps a knee-jerk reaction to the recent substantial increases in quantum awards.

"There is room for allowing periodic payment of damages in appropriate cases; see for example the latest proposal to amend the State Liability Act to deal with the once and for all rule. And to temper the collateral source rule by amending the Assessment of Damages Act to take into account benefits received from other sources, such as medical aid membership and other insurances, or goodwill third party payments.

"There may be room for a no-fault payment regime subject to the political will, public and private, for such a regime, an appropriate and practicable funding model and the resolution of legal challenges to such a regime. Payments would be made if there is, for example, an unexpected avoidable outcome not related to the pre-existing condition of the patient. There are a number of jurisdictions worldwide which successfully, and not, use a no-fault system and from whom lessons can be learned.

"There is also scope for a contractual no-fault regime between medical practitioner/healthcare facility and patient. The triggers for payment would need to be agreed. Is it no fault in the absolute sense or is the possibility of fault to be considered; and how is that to be dealt with?

And then: how does one provide for legal fees in those circumstances and incentivise everyone to participate in the process, with any payment constituting a perverse incentive fee or success fee? How are the patients’ best interests protected in this process, if one incentivises legal teams to settle in appropriate circumstance, rather than engage in a protracted and costly legal dispute?

"Medical malpractice insurance is primarily needed for significant hazards and fortuitous adverse events. There is a shared responsibility for risk management between the insured and insurer. This creates stability and certainty. Insurers will invest in and support risk management, while insured medical practitioners and healthcare facilities should reciprocate with minimising exposure to risk. This means that excesses or deductibles should be considered more seriously, as they will substantially reduce premiums and, in the absence of claims, incur no cost to the insured."

Jarndyce Extract
About the legal case, referred to above, in Bleak House
“Jarndyce and Jarndyce drones on… The parties to it understand it least; but it has been observed that no two Chancery Lawyers can talk about it for five minutes, without coming to a total disagreement as to all the premises. Innumerable children have been born into the cause; innumerable young people have married into it; innumerable old people have died out of it… The little plaintiff or defendant, who was promised a new rocking-horse when Jarndyce and Jarndyce should be settled, has grown up, possessed himself of a real horse, and trotted away into the other world… But Jarndyce and Jarndyce still drag its dreary length before the Court, perennially hopeless.”