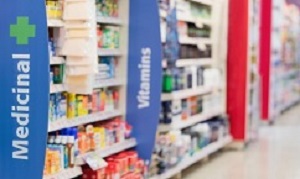 Instead of being the trusted gatekeepers they are supposed to be, South Africa's commercial pharmacies are like Gollum from Lord of the Rings – a weak creature that has lost its identity in the pursuit of riches, writes MedicalBrief columnist Alastair McAlpine.

“Pharmacies occupy a unique position in society: they are the ostensible ‘gatekeepers’ of medicines. The public relies upon them to provide guidance about drugs and treatment, and to ensure that in the case of prescriptions, the doctor hasn’t made a silly and potentially harmful error. But what happens when the gate keepers, instead of being bold and just, begin, rather, to resemble Gollum from Lord of the Rings – a weak creature which has lost its identity in the pursuit of riches? This is what private pharmacies in South Africa have unfortunately become, and it’s time we called them on it (public pharmacies do an amazing job in the face of overwhelming patient loads and are exempt from all the criticism in this article).

“First and foremost, private pharmacies fail because they promote medicines that are not medicines at all. Some are worse than others (ahem, Dischem, ahem), but most private pharmacies in South Africa promote and sell homeopathic medicine. Now, homeopathy, in addition to being a silly idea that would upend the known laws of physics if true (that diluting something makes it stronger) has been thoroughly debunked many times over, with massive meta-analyses of meta-analyses showing again and again that there is simply no benefit over placebo.

“And yet, there they are, proudly lining the shelves, with large, bold advertisements and colourful pictures of healthy adults and children, often playing with assorted pets. Homeopathic treatments, vying for space, claiming to have the ‘natural’ answer for everything from indigestion, to ‘soothing your gallbladder’ (mine gets particularly jittery this time of year), to arthritis. And everything in between. Judging from the marketing, an unsuspecting member of the public would probably think that homeopathic Oscillococcinum (duck liver diluted to the point that it is essentially no longer there) for ‘flu was the next big thing.

“On the slightly less extreme end of the spectrum, a colourful mix of herbal remedies also occupies the shelves. These range from ‘African traditional medications’ (helpfully bottled in that most traditional of African equipment: the plastic container), to seemingly endless remedies by ‘A Vogel’, to the ‘Herbex’ products which are so ubiquitous on TV, not to mention some extremely questionable-looking Chinese products.

“Take a gander to the ‘supplements’ section and prepare to weep in frustration. You’ll see tubs of powders and tablets promising to make you bigger/thinner, stronger/faster, more ripped, more attractive, happier, and healthier. And these all come in fancy-looking containers from companies like ‘Ultimate Sport Nutrition’ (USN) and ‘Evox’. Except… you guessed it… there is no evidence for any of them. Extraordinary claims, for example, that some of their products can inhibit the absorption of carbohydrates (‘Carb Block’), which are devoid of truth, abound. Even when you think you know what you’re getting (like simple whey protein for your post-workout shake), very often the claims made are not just hyperbolic, but simply bogus (‘An ultra-premium prolonged and sustained release of whey combined with hydrolysate for maximum results!’ Say it with me: ‘Citation required’), or the ingredients listed are not what you’ll actually find inside. And because there’s no regulation, the companies can get away with it. When consumer activists like Kevin Charleston or the tireless Harris Steinman try to hold them to account, by complaining to the Advertising Standards Authority (ASA), they get threatened with R1m lawsuits. It’s why USN, for example, can sell you whey protein at R550 a tub, when it cost R30 to make the stuff, or push ‘Oxygenated Water’ onto you with a straight face.

“And nowhere in the pharmacies will you find any information about the lack of evidence for any of these products or medicines. Some of the bottles don’t even bother to include what actually goes into them, making an assessment impossible. According to recent legislation, medicine that has not been adequately tested by the Medicines Control Council (MCC) should carry a warning label that the product has not been properly assessed and might be unsafe. In reality, the MCC has been completely overwhelmed with applications, and has essentially thrown its hands in the air, abrogating all responsibility. As a result, during a routine reconnaissance mission to various pharmacies, I didn’t see a single advisory label on the hundreds of products I checked. This means, chillingly, that a customer could be ingesting just about anything. No one is checking.

“What’s going on? Why are private pharmacies promoting products that they know have no evidence? Why are they pushing pills and powders and syrups whose contents are a complete mystery and may be harmful? What happened to their gatekeeping role? I have phoned each of the major chains and asked this exact question. Usually, I get a perplexed silence, followed by a sheepish not-apology, and a promise to make enquiries.

“To make matters worse, in three of the pharmacies I visited in Cape Town, the aisles of homeopathic medicines came before the ‘real’ ones. The implications are as clear as they are bewildering: ‘Got the ‘flu? Take this sugar water that no one has really investigated, and which could contain anything. Oh, it’s not cheap. But that’s what you get when you go natural!’

“Some are probably claiming right now that pharmacies are businesses, not nannies. That they provide products, and it’s not up to them to dictate what customers should and should not be putting into their bodies. They meet a demand, and if customers want, say, homeopathic products, who are they to withhold these? After all, what’s the harm?

“There is an argument to made that promoting pseudoscience is damaging to individuals and society as a whole, because it diminishes the importance of critical thinking, and encourages people to make irrational, inadvisable or unsafe decisions. That is beyond the scope of this particular column. Rather, I’d like to focus on pharmacies and the role I mentioned above that they play.

“Because pharmacies are the only places that we can get many medicines (legally) from, there is necessarily an expectation that they are both evidence-based and have our best interests at heart. The average member of the public is not medically trained, and doesn’t know much about illness, or the treatments commonly used. Thus, they understandably place their trust in the hands of pharmacies. When they see homeopathic or herbal medicines side-by-side with legitimate drugs, it would be entirely understandable for them to assume that they are equivalent. Since there is nothing in either placement or marketing that distinguishes paracetamol from ‘A Vogel headache powder’, how is John Q Public to know that one is legitimate, with well understood properties and pharmacodynamics, and that the other is sugar water with bits of inert quartz in it?

“The truth is, pharmacies should not be selling pseudo-scientific nonsense, regardless of perceived demand. An independent review in Australia in 2017 concluded that, ‘The consensus as demonstrated by submissions to the Review and the Panel’s face-to-face consultations is that homeopathy and homeopathic products do not belong in community pharmacies.’ In the US, the popular pharmaceutical chain, CVS, is being sued for its continued promotion of homeopathy in its stores, despite repeated pleas for it to stop.

“South African pharmacies will surely face such suits in the future unless they change. And change they must. In the interests of saving them a lot of money, I would suggest they do the following: immediately stop selling all products belonging to fields which have either been proven to be ineffective, or obviously disobey the laws of physics as we know them (homeopathy); separate other complementary medicines whose efficacy has not yet been demonstrated (like herbal remedies) from established drugs, and post big signs educating the public to this fact; stop in-store advertising of complementary products, unless accompanied by information that these are unproven; withdraw all products which lack basic information about what is contained within them; and put pressure on the MCC to re-engage with its registration process and try to speed it up

“I would be very surprised if any of the major pharmacy chains do any of the above, because selling useless sugar pills and overpriced protein powder is lucrative, and it doesn’t do their bottom line any good to have a curious, sceptical public asking pesky questions. But it’s worth a try.

“Quite simply, we need our pharmacies to do better. And since we can’t rely on their altruism to change, we the public need to put more pressure on them. First and foremost, we need to quit buying nonsense products that don’t do anything. If in doubt, ask the pharmacist or assistant to show you the evidence for a medication or product before they foist it on you. If they can’t provide it, that’s because there isn’t any. Stop supporting companies like A Vogel, or Herbex, or USN (who are no doubt already lawyering up in response to this). As an aside, if you need me to tell you why sipping bad Herbex tea won’t help you lose weight, you simply haven’t been reading enough Digital Clubbing columns.

“I, personally, don’t frequent Dischem because of its laissez-faire attitude to pseudoscience. I invite you to do the same. I invite ethical pharmacists out there to put pressure on their employers to implement change. I invite the MCC to get off its arse and do its job and regulate medicines properly. I invite television stations and newspapers to stop advertising products which have ignored or violated ASA guidelines (Herbex… again). And I invite you guys to be more critical of your local gatekeepers.

“We should be demanding they do their jobs. That they be gatekeepers, not pseudo-science pushers. There are enough of those already. Our pharmacies should be better than that. It’s the very least the public deserves.”

Other Digital Clubbing columns by McAlpine:

The ‘sheen of respectability’ that surrounds chiropractic Big Pharma and naturopathy — ‘unholy allies’ in the supplementation scam McAlpine: Noakes spread dangerous and untrue information about vaccines Aided by the likes of Noakes, anti-vaxxers are causing real damage A smorgasbord of pseudo-science but lessons for GPs The simple but profound values of dying children in their final days Less lore and more science, please