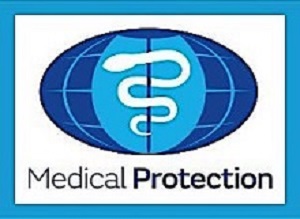 It is time to acknowledge that the healthcare system in South Africa is under unprecedented strain and that doctors should not be held solely responsible for errors occurring in these difficult environments, writes Dr Pallavi Bradshaw, education services lead at Medical Protection Society.

It is rare that a mistake on the part of a doctor is the sole cause of an adverse incident. More often than not there are also failures in the system or process. Despite this, in the 12 years of being a medico-legal consultant I have had to time and time again support doctors, who have been singled out for blame following a clinical incident. My experience is reflected in high profile cases we have seen in recent years. It is time to acknowledge that the healthcare system in South Africa is under unprecedented strain, due to ever more stretched resources, a culture of fear and high levels of burnout and that doctors should not be held solely responsible for errors occurring in these difficult environments.

We all know that errors are made frequently in the workplace, regardless of levels of experience or expertise. It can seem like Russian roulette as to why some patients come to harm and others not. The conclusions from the subsequent investigations can therefore also seem arbitrary. Indeed, the term “root cause analysis” is somewhat misleading as it pre-supposes there is one anchoring reason which led to the incident.

We have to accept that clinical judgement is based on skill, expertise and risk taking. The decisions we take are founded on what we believe is likely to be best in the circumstance for a patient at any particular time. These decisions are often made in the context of limited time and information and taking into account factors outside of an individual’s control. Doctors have to take informed risks all the time, which usually pay off but on occasions they don’t. This begs the question why should we penalise the unfortunate ones when the risks do not pay off and when the outcome is likely down to a multitude of issues?

For example, I have often read expert reports criticising a doctor for not following a protocol. Controversially, I would suggest that everyday up and down the country protocols are not being religiously followed because if every single one and every single step was, the system would be paralysed by the amount of time this took up. These calculated risks usually have no consequence, but when they do criticisms are made. The flaw with such retrospective critique in a generally brittle system with adaptable individuals striving for the best, is not taking account the context of that decision and the factors weighed up, not all of which may relate to that patient.

Given that errors will normally arise from a multitude of system errors and with human factors at play, we need to change how we approach investigating them. Many prominent bodies worldwide, including MPS, are advocating for the science of Human Factors and Ergonomics (HFE) to be applied to better understand why things go wrong in complex healthcare systems. HFE promotes a ‘system perspective’ at all times when examining any work-related issues which impact on system performance and human wellbeing, and particularly when investigating safety incidents.

These principles are more important than ever, particularly in a climate where doctors are feeling scapegoated. I believe that if regulators and employers were to take into account the whole ecosystem doctors are unlikely to be singled out and “blamed”. We have often seen doctors punished for clinical errors and the outcome of some of these cases may have been different if investigators, experts and courts understood human factors.

I believe that we must provide better and non-threatening mechanisms to investigate “error” and to adopt the HFE approach. In the interim, while we strive to achieve that goal, a fundamental question must be addressed, “do we need a greater tolerance of error in an imperfect system?” – I think so.