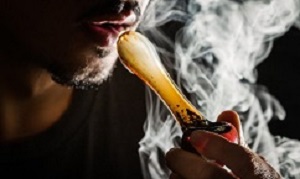 There is no evidence that tough policies deter young people from using cannabis, writes Mattha Busby for The Guardian. Analysing data about cannabis use among more than 100,000 teenagers in 38 countries – including the UK, US, Russia, France, Germany and Canada – the University of Kent study found no association between more liberal policies on cannabis and higher rates of teenage cannabis use.

“My new study joins several others which show no evidence of a link between tougher penalties and lower cannabis use,” said Professor Alex Stevens, from the University of Kent’s school for social policy, sociology and social research.

“This is useful information for governments as they consider the best way to deal with cannabis. As it is, the harms and costs of imposing criminal convictions on people who use cannabis do not seem to be justified by an effect in reducing cannabis use.”

The new study, published in the International Journal of Drug Policy, challenged a 2015 study that concluded there was an association between cannabis policy liberalisation and a higher likelihood of adolescent use. This study was later used to justify calls against regulated, legal access to cannabis.

Stevens said these finding were based on a misinterpretation of that study’s own numerical results, and his re-analysis took in a wider collection of data, accounting for the differences in cannabis use between boys and girls in different countries – and did not find a significant association between policy liberalisation and adolescent cannabis use.

The news comes as Mexico appears set to become the third country, after Uruguay and Canada, to legalise cannabis, with calls growing in the UK for the country to follow suit in order to protect its users from harm by offering a greater variety of strains, while reducing policing costs and preventing criminal gangs from profiting from the illicit market.

However, fears remain that there is a link between cannabis smoking, particularly during teenage years, and mental health issues.

Niamh Eastwood, executive director at Release, the UK’s centre of expertise on drugs and drug laws, said the research added to the growing evidence that prohibitionist approaches to drugs, including cannabis, did not deter usage.

“Every year tens of thousands of people, including many young people, are needlessly criminalised in the UK for possession of a controlled drug, resulting in a criminal record that will devastate their future in terms of employment and educational opportunities,” she said.

“Countries that have ended criminal sanctions for possession of drugs have shown they have better health, social and economic outcomes, yet the UK government continues to have an evidence-free approach when it comes to the law around drugs.”

Ian Hamilton, a lecturer in mental health and addiction the University of York, said young people were unlikely to be dissuaded from using cannabis whether it was legal or not.

“Also there is increasing attention given to the benefits of using cannabis, particularly for health, so many young people will think cannabis is a safer drug than tobacco.”

Is policy ‘liberalization’ associated with higher odds of adolescent cannabis use? A re-analysis of data from 38 countries

Policy-makers worldwide face the choice of whether to reform cannabis policy from the ‘full prohibition’ model. A paper by Shi et al. (2015) suggested that such ‘liberalization’ is significantly associated with higher odds of adolescent cannabis use.

To test the validity and reliability of Shi et al’s conclusion that the HBSC data show an association between policy ‘liberalization’ and increased likelihood of adolescent cannabis use.

Replication and re-analysis of the same pooled data from three waves of the Health Behaviour in School-aged Children (HBSC) survey (2001/2, 2005/6 and 2009/10). This replicates – as far as possible – the coding and analytical strategy of the Shi et al article.

The re-analysis makes some improvements by: excluding a variable (‘number of siblings’) for which many cases have missing data; including available data from the theoretically relevant case of Sweden for the latter two waves of the HBSC survey, which Shi et al omit; and including random slopes for gender between countries as well as random intercepts for countries in the mixed effects model, as the predictive effect of gender on cannabis use varies across countries.

Shi et al’s verbal summary of their findings is not supported by detailed interpretation of their own numerical results. Without making the suggested amendments, it is possible to find a statistically significant association between policy ‘liberalization’ and higher odds of some measures of adolescent cannabis use. But when these improvements are made, this association becomes statistically non-significant.

Using a larger and more theoretically relevant sample of the HBSC respondents and an improved statistical model shows that the HBSC data do not reveal a statistically significant association between policy ‘liberalization’ and higher odds of adolescent cannabis use.

Tough cannabis policies do not deter young people – study Is policy ‘liberalization’ associated with higher odds of adolescent cannabis use? A re-analysis of data from 38 countries